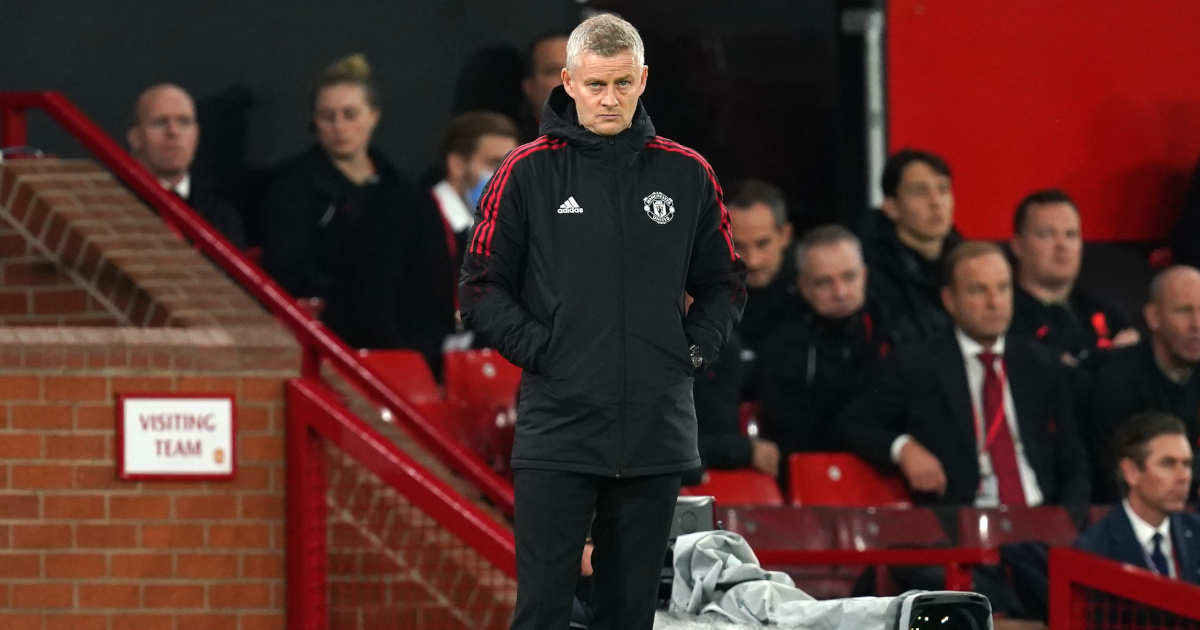 It’s open season on the Manchester United manager Ole Gunnar Solskjaer in the papers, with the press lining up to stick the knife in and twist it…

Hell hath no fury like a Custis scorned
The Sun gives over five pages to yesterday’s match between Manchester United and Liverpool, and just over four of those pages are concerned with, as their back page calls him with yet another word that hasn’t been heard in the wild since around 1987, ‘WALLY GUNNAR SOLSKJAER’.

The evidence was so clear that Dave Kidd, writing their main match report, makes no reference to the actual match itself until he’s almost a quarter of the way through it. ‘Kevin Keegan once quit the England job in the Wembley toilets, when finding the humility to recognise that he wasn’t up to the job’, writes Kidd, because apparently there’s no level of humility that Solskjaer could offer beyond quitting this very minute and in the most personally embarrassing way possible. Perhaps he should quit immediately on the full-time whistle with his trousers round his ankles, eh, Dave?

Kidd’s match report may be best summed up by the florid language that he uses to describe United’s performance, so let’s boil it down to the choicest cuts: United’s defeat was ‘utterly brutal, utterly humiliating and utterly predictable’,  with the team lacking ‘the basic requirements of fight, intelligence, pace and shape’. Harry Maguire is ‘conspicuous at the scene of all five goals’ and ‘ran through treacle’, and even the fans aren’t safe; Kidd describes them as, ‘All discussing a nostalgic comeback tour rather than the fortunes of a serious football club.’ Well, you might want to pin that one on the football club itself rather than the fans, Dave.

It’s also somewhat surprising to see him argue that ‘Pogba should surely have started such an elite fixture’ before mentioning that Pogba’s only meaningful contribution in 15 minutes on the pitch was a ham-fisted attempt to sever Naby Keita’s leg at the calf. Social Media’s Cristiano Ronaldo, meanwhile, warrants two brief mentions – one for his attempt to carry out an appendectomy on Curtis Jones with his right foot and one for his disallowed goal – but still gets an inset photograph.

Neil Custis, meanwhile, has one or two things to get off his chest. ‘More humiliating, more embarrassing, just downright pathetic’, he writes, having apparently taken this one somewhat personally. ‘This is arguably the most disgraceful performance put on by a United team in the famous old stadium in living memory’, he writes, adding that ‘There was something terminal about this’, without adding a great deal of information as to why this should be more ‘terminal’ than, say, shipping four goals at Leicester, losing in the Champions League to Young Boys (stop sniggering), getting knocked out of the Carabao Cup at home, or losing at home to an Aston Villa team which has lost all three of its Premier League matches since then.

‘With the game at 2-0 there was a pause in play as James Milner got attention for an injury’, he writes, ‘Nobody in the United side took the chance to issue a rallying cry. Yes, Neil. Considering the inept tactical set-up and effectively non-existent pressing or central defence, Mediawatch is certain that the result would have been quite different had Mike Phelan appeared topless on the touchline shouting, ‘FREEEEDOM’.

Ironically, the only ‘freeeedom’ that Wally Gunnar Solskjaer now faces is likely freeeedom from his contract, even if Manchester United are continuing to act as though there’s nothing wrong at Old Trafford at the moment.

Samuel’s at the wheel
Meanwhile, The Daily Mail has sent its big guns, Ian Ladyman and Martin Samuel, to Old Trafford, and Samuel in particular is keen to make hay with the phrase, ‘Ole’s at the wheel’. ‘Yes, but so was the quarter-master of the Titanic’, he adds, and he ends his report with a riff on the same joke. ‘He remains at the wheel. Then again, the country needs HGV drivers.’ Oof, Martin. However tempting it might seem, don’t be stepping on that stage on open mic night, Martin. These gags still need a little polish.

Bryan Robson’s failure of imagination
In the middle of this open season on Ole, there is one semi-dissenting voice, and former Manchester United captain Bryan Robson is on hand in the Daily Mail to provide it.

‘This was embarrassing but you can’t say it hasn’t been coming’ is a bold introduction, considering that he’s going to have to lay out a case for keeping the manager in place, but he has a go anyway. ‘Change now causes more upheaval’, Robson writes. What, like Chelsea last season, where swapping Frank Lampard for Thomas Tuchel – and with much less of the season still to play – resulted in them winning the Champions League?

‘Who do you replace him with?’, he asks. Well, how about Zinedine Zidane, who won the Champions League for three successive years with Real Madrid? Or Antonio Conte, who won Serie A for three successive years with Juventus and who took Chelsea to the Premier League title in 2017 after having finished in 10th place a year earlier? Both are on the market at the moment.

He finishes by saying that, ‘This must be a watershed moment for United.’ Not enough of a watershed to replace a manager who clearly and obviously isn’t achieving what he’s paid to achieve, then, Bryan?

The Invisible GOAT
Of all the truly key players in this match, Cristiano Ronaldo was a relatively anonymous one, but that doesn’t stop The Mirror crowbarring in the best part of two pages which are about as loosely connected to CR7 as Harry Kane was to Michail Antonio when the latter scored against Spurs.

‘Unstoppable Salah made the GOAT liike like a LAMB’ reads their headline, above a short piece on Jurgen Klopp’s post-match press conference, which makes absolutely no reference to Ronaldo whatsoever. Hmm, strange.

Adjacent to this, there’s a second article by David McDonnell entitled, ‘In Ballon D’Or Battle, Mo Put Ronaldo in the shade’, which starts by saying, ‘All the talk before the game was of two star men on show at Old Trafford – Cristiano Ronaldo and Mo Salah’ (Was it? Was it really?), but which then doesn’t mention Ronaldo again, either.

This probably isn’t surprising, considering that his most notable contributions to the game were picking up a yellow card which might have been a red and having a goal disallowed, but those algorithms need constant tending, and it has already been become an immutable law of tabloid football writing that any Manchester United match has to be accompanied by half a dozen pictures of him and a blazing headline, even if the words underneath them barely reference him at all.

Norwich City’s autumnal obituary
And finally, leaving Manchester United vs Liverpool behind (at last – there are only so many ways in which one can read about Wally Gunnar Solskjaer’s walliness without starting to feel a little bit dizzy), Sam Quek in The Mirror takes up the couple of columns left over on the two pages otherwise (not) given over to Ronaldo with a piece entitled, ‘All that’s left for Norwich is to avoid taking Derby’s unwanted title as the worst Prem team EVER’.

Norwich currently have two points from nine games and a goal difference of -21, but the Derby team of 2007/08 only picked up 11 points from 38 games, so just three wins from their remaining 29 matches would tie Norwich with Derby. In other words, while Norwich have been pretty bad so far this season (and no-one’s going to argue with that assessment, two days after they shipped seven goals at Chelsea) and it’s probably not too soon to be saying that Norwich are highly likely to be relegated this season, it’s still a little soon to be saying they’re the worst of all time.

Mediawatch suspects that Quek is aware of this, which would at least explain why almost half of her article is taken up with a comparison of who the best sides in the history of the Premier League might be. In fact, that lengthy headline might isn’t that far off all there is to be said about projecting Norwich’s current plight forward, at the moment.