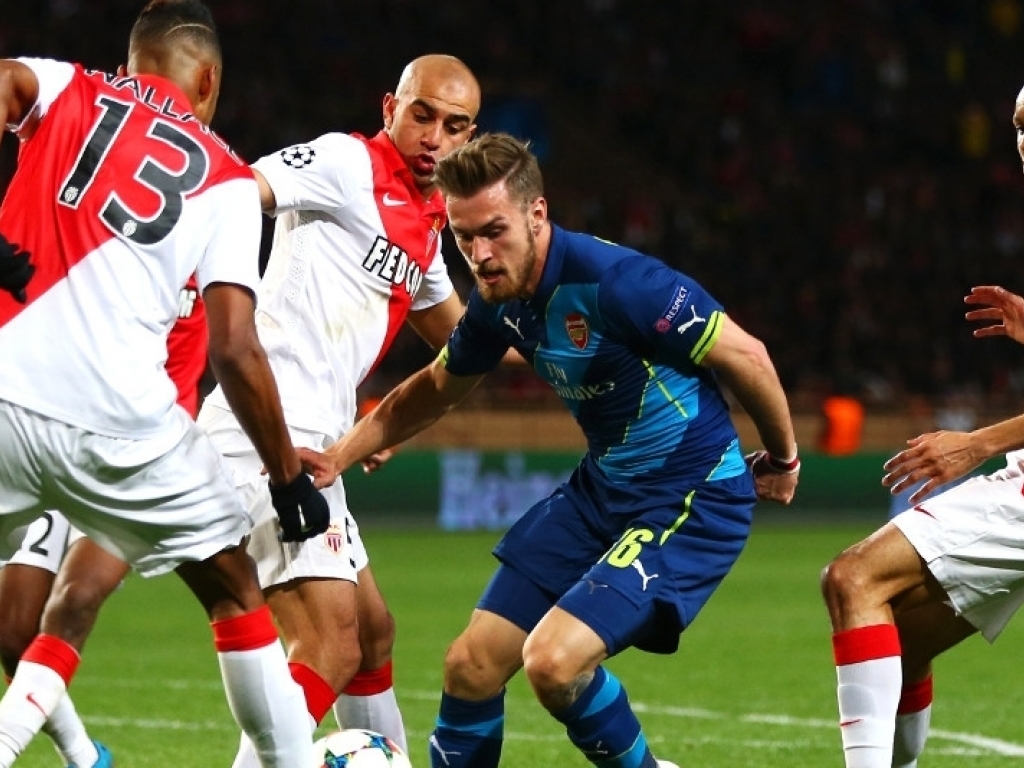 Ian Wright doesn’t want to allow ‘minnows’ to enter European Championship qualifying. Unless they do well, of course. Also, Nathaniel Clyne is set for a ‘shock move’…

Wrighting The Wrongs
It takes a certain type of person to publicly admit they were wrong, but that is exactly what Ian Wright has done in Tuesday’s column in The Sun. After slating UEFA for their 24-team tournament, the progress of Iceland in particular has caused a U-turn from Wright.

Given his new-found joy at Iceland’s rise, Mediawatch can’t help but feel that Wrighty should have therefore tried to rein himself in with the second half of his column.

‘Something has to be done about the likes of San Marino and Gibraltar in the qualifiers,’ Wright begins. ‘It’s one thing giving the smaller nations a chance to reach the finals but it’s another having a bunch of whipping boys in there as well.

‘It [San Marino beating England] was never going to happen. Any more than Malta, Andorra, Gibraltar or Kazakhstan were going to ruffle any feathers. I’m never comfortable watching games like that.’

Firstly, Ian, the qualification groups aren’t decided according to which games you (or anyone else) want to watch, but according to the fact that UEFA-recognised countries all get the same chance. There is no other criteria.

Secondly, Iceland took eight competitive points in eight years between 1972 and 1980, scoring just nine goals. Their recent rise shows that being a minnow need not necessarily be a permanent state.

Finally, who should be in this pre-qualifying tournament of yours? Greece have scored the same number of goals as Gibraltar, so perhaps they should be included? Luxembourg have a higher population than Iceland, so they are out.

Wright mentions Malta too, who were ‘never going to ruffle any feathers’. That’s the same Malta who lost both group games to Italy 1-0 and have a goal difference better than Latvia. Latvia qualified for Euro 2004.

Maybe, just maybe, things are fine as they are. Remember what happened last time, Wrighty?

Slay Off The Hyperbole
‘Ramsey: We could win the battle of Britain’, reads the headline in Tuesday’s The Sun, which made Mediawatch a little suspicious. Would Ramsey really start lauding it about taking on England in a potential friendly before they had even qualified for Euro 2016?

‘Aaron Ramsey helped edge Wales closer to Euro 2016 – then challenged England to a showdown’, a piece by Gareth Davies begins.

‘The Arsenal midfielder, 24, believes the Dragons could slay the Three Lions in a friendly.’

Actual quotes from Ramsey (in what might be Mediawatch’s favourite recent example of this): “There will be a bit of banter between me and some of my [English] teammates at Arsenal. It is always a great game, a committed game. I have been involved in two before. So yeah, why not play them? If it does happen, it will be a great game.”

The Sun, a world where “why not play them?” becomes ‘we could slay them’. Suppose they do sound similar.

Knee-Jerk
We are guilty of knee-jerk reactions, especially with Manchester City starting the season so strongly, but Dave Kidd has outdone himself with his mini-preview of Manchester United vs Liverpool this weekend.

‘Neither club will finish in the top three’, Kidd writes. That’s confirmed.

‘It is a contest for fourth place at best and a mere provincial squabble at worst.’

Big words, Kidd-o, especially from a man who said that United should be winning the title this season. Words that have been bookmarked for posterity.

Bulletproof
Mediawatch has a long-held fascination with the MailOnline‘s sidebar of shame, but they have a new trick: The bullet points of b… something bad. Tuesday brings a wonderful example.

So what are the bullet points to match this scoop?

‘ – Steven Gerrard is clearly not missing international duty with England

– LA Galaxy midfielder took family to Disneyland over the weekend

– Gerrard often displayed Roy of the Rovers performances for Liverpool

Pogjam
Headline in The Sun: ‘Pog no time for Chelsea’

Introduction in The Sun: ‘Paul Pogba turned down a British record £69m move to Chelsea because the time was not right to go.

Actual quotes from Pogba: “Why did I stay? Why not? It was not a certainty that I would leave. We will do this year, and then we will see how things go. I am at Juventus, I am only thinking about Juventus.”

Mentions of Chelse… Oh you know the answer by now.

Five More Ridiculous Headlines From Far More Successful Websites
‘At last! Something has gone right for Jose Mourinho and Chelsea’ – Metro.co.uk. The international break (which started nine days ago) came at a good time.

‘Chelsea ace Terry in Arsenal transfer admission’ – Express.co.uk. The ‘admission’ is that he wouldn’t play for Arsenal. Oh do sod off.

We’re actually impressed by the balls of that last one.

Theo-nly Way Is Up
From Eurosport‘s international round-up: ‘His [Theo Walcott’s] self-adjudication might also be lacking. When it came to scoring against San Marino, even Rooney could do it, and so “Theo” managed it too. But he also showed why, with an instinctive finish with the outside of the boot rather than with the more obvious left, that he will miss more chances than are really acceptable.’

Mediawatch does not believe that Walcott is an adequate central striker for club or country, but criticising him for scoring goals seems a touch churlish. If he has a greater accuracy with the outside of his right than his left, there isn’t too much issue with using that technique, as long as he a) scores and b) practices with his left too.

It’s not as if being predominantly one-footed has held back some of the greatest players of the last 30 years.

Statement Of The Bleeding Obvious Of The Day
From the Ireland vs Georgia match programme:

‘Watch out for: Robbie Keane’

With an international goals total more than three times any other Ireland player in history, and higher than every other player in the current squad combined, we’d say that was a fair shout.

Headline Of The Day
‘Oranje Is The New Bleak’ – Guardian.

Worst Headline Of The Day
‘Boy Tonder’ – The Sun on Raheem Sterling. Nope.

Thanks to today’s Mediawatch spotters Cameron Boyd, Jonathan Springett and Ronan O’Connor. If you spot something that belongs on this page, mail us at theeditor@football365.com, putting ‘Mediawatch’ in the subject field.