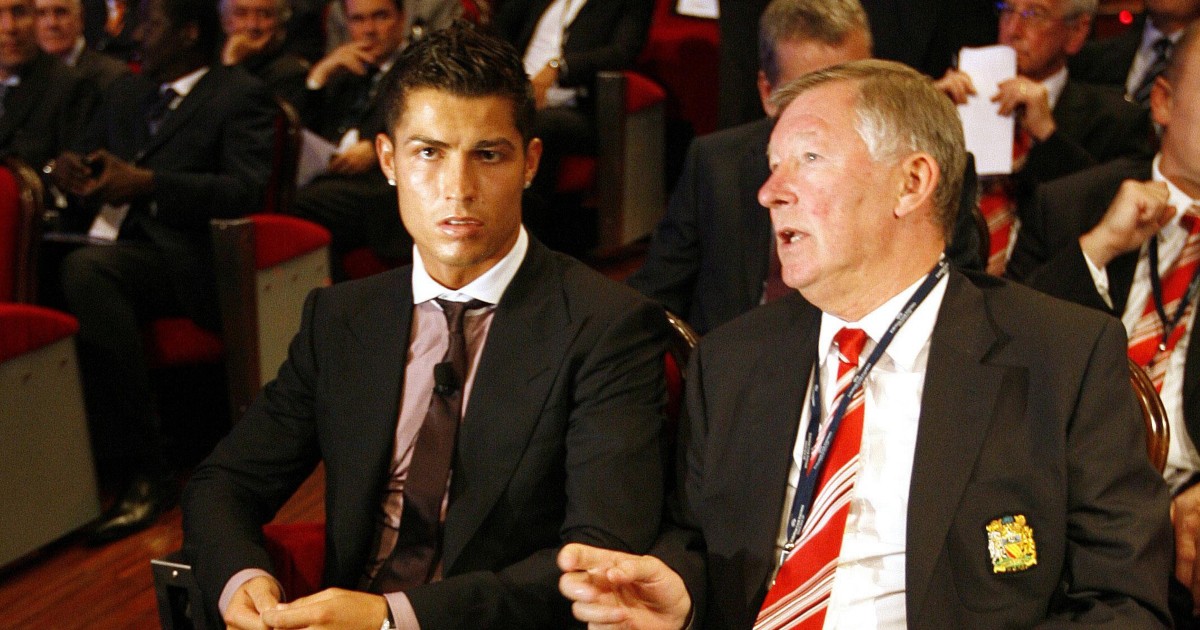 It’s so weird that Ralf Rangnick ‘is seen as a scholar of the game, whereas Jose Mourinho is supposedly anti-football’. Really weird. Bizarre.

Now your mess is mine
In The Sun, Neil Custis is incredibly eager to emphasise the differences between Pep Guardiola and Ralf Rangnick. The former ‘arrived in English football with a pure way of playing from the back,’ you see, while ‘Wreck-It Ralf’ is not content to ‘mess about with it’.

Mediawatch is not sure that Guardiola would agree with the implication that his teams ‘mess about with it at the back,’ but let’s carry on.

Rangnick chose ‘a completely changed team and squad’ against Young Boys but the message to his Manchester United players was the same: ‘If you are at the back, just find the midfield, do not mess about.’

A few paragraphs later, Custis uses this to discuss the goal Manchester United conceded in midweek.

‘That was Lindelof passing it from the top of the box short to Donny van de Beek, whose loose pass then allowed Fabian Rieder to curl one into the far top corner.’

Sounds like Lindelof was at the back and just found the midfield without messing about. Even though Lindelof wasn’t even in the squad; it was Nemanja Matic.

A scholar and a gentleman
Of course, all this is actually a smokescreen for Custis to return to one of his favourite pastimes of a few years ago: praising Jose Mourinho.

‘It is interesting that Rangnick is seen as a scholar of the game, whereas Jose Mourinho is supposedly anti-football,’ he writes, presumably regretting the fact he could not get a thinking emoji inserted into the newspaper copy.

‘Yet in the 2017 Europa League final United faced an Ajax hailed for their incredible high-pressing and passing.

‘What did Mourinho tell United? When you get it at the back, bang it over the press, Marouane Fellaini will win it in the air and Marcus Rashford will run on to the knock down. United won 2-0.

‘Ajax coach Peter Bosz moaned it was not football and Mourinho held the last trophy United have won.’

But yes, Neil, it really is so very curious that Rangnick ‘is seen as a scholar of the game’ when current European champion Thomas Tuchel once said he “changed how I watch football games” and one of the great Premier League managers in the particularly effusive Jurgen Klopp suggested he might be “the best German coach” in 2020.

You rang?
On the subject of Rangnick, this Daily Mirror website story is stunning:

Said ‘Sir Alex Ferguson rule’ is, of course, that no player should earn more than the manager. And it is at this point that Mediawatch will point out that Manchester United never paid a player £550,000 a week when Ferguson was manager, which does make that ‘rule’ slightly easier to follow.

But yes, it truly is stunning that an interim head coach will not be paid more than half a million quid a week for six months, just to make sure Cristiano Ronaldo knows his place.

Howe deep is your love?
There must have been a few holidays booked in The Sun‘s football department as Andy Dillon is given his very own platform to vent on Friday. How very fortunate indeed that ‘our columnists are the talk of sport’.

He uses this opportunity to question Newcastle’s celebrations after beating Burnley, almost a week after everyone got bored of doing the exact same thing.

Dillon’s theory is that Eddie Howe wanted to play no part in said picture, particularly when you consider his ‘modest smile compared to the toothy grins of everyone else’.

But no, ‘there’s a bloke who didn’t really want to do this. A man who thinks perhaps his jubilant players should wait until they string a couple of wins together before rushing to savour the moment for history.’

It does make you wonder why he quite happily posed for the picture then. Are we supposed to believe that Jonjo Shelvey dragged him into the frame and forced Howe to smile against his will?

‘And you can’t help but feel that if he manages to save Newcastle from the drop this season, he will be history too.’

Mediawatch might be alone here but you really can help but feel that if he stops Newcastle being relegated, Newcastle might keep him as manager for a bit.

Dillon goes on to say that ‘it might be wise to do just enough to keep the Toon Army afloat in the top flight this year’, although he does add that Howe is ‘safe as houses’ if the Magpies go down.

‘You can’t help but feel that if he does his job well, drags Newcastle up the table to safety and puts the most melodramatic club in the country back on an even keel, he is writing his own death warrant.’

Stop saying you can’t help but feel things, especially when you absolutely can help but feel them. Telling Howe to either get Newcastle relegated or barely keep them up, with surviving comfortably being the worst-case scenario, is very weird.

‘This picture shows already that a little success has gone to the players’ heads, so imagine what it could do to the people bankrolling the club’s overhaul.’

This picture shows that Newcastle won their first game of the season after a very long wait indeed, and that the players and coaching staff are working closely together despite difficult circumstances. It showed that when people were talking about it a week ago and it shows it now it is not even vaguely noteworthy.

Rud health
This is fun:

‘Antonio Rudiger is set to make himself one of the highest paid defenders ever with a £400,000 pay packet abroad’ – Darren Lewis, Daily Mirror exclusive, September 24.

‘Chelsea defender Antonio Rudiger ‘set to become one of the highest paid defenders ever as Bayern Munich and Juventus prepare to offer him a mammoth £400,000 a week’ when his contract ends next year’ – the MailOnline‘s rehashed version of that story, published the same day.

‘EXCLUSIVE: Antonio Rudiger is set to become one of the world’s highest paid defenders with Europe’s top clubs lining up to offer £400,000-a-week, QUADRUPLING his salary if he leaves Chelsea as free agent this summer’ – Sami Mokbel, Daily Mail exclusive, December 9.

‘According to the Daily Mail, Rudiger is facing the prospect of becoming one of the highest-paid defenders in football, with several European club’s said to be willing to quadruple his wages… Rudiger current wages see him earn around £100,000-per-week but a move elsewhere could see him earn as much as £400,000-a-week’ – the Daily Mirror website‘s rehashed version of that story, published the same day.

Nothing is exclusive. Everything is recycled.

Weird headline of the day
‘Ronaldo strips down to just his pants to prove to Ralf he’s still got it at 36’ – The Sun website.

‘Still got’ what? Abs? Pants? Precisely what was it actual football manager Ralf Rangnick doubted the greatest goalscorer in the history of the sport has ‘still got’?