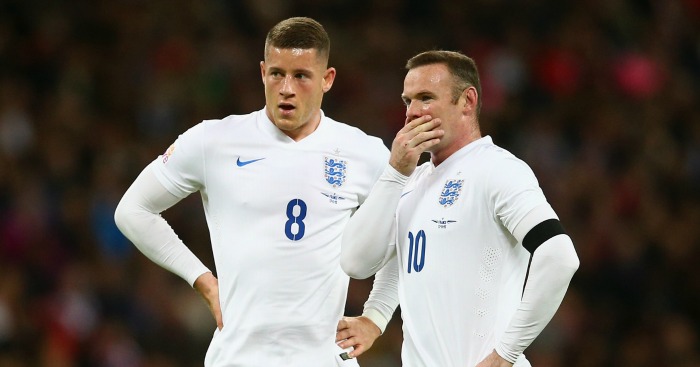 Witness the fitness
Mediawatch was pleased to read that most newspapers had the same two reactions to England’s 26-man squad announcement: ‘Yeah that makes sense’ and ‘Oh, it’s nice to see him included’.

The dishonourable exception to that is Alan Shearer in The Sun, who is very grumpy indeed about Jack Wilshere’s inclusion.

‘The debate might well be whether Marcus Rashford can force his way into the final 23 and go with England to Euro 2016. For me, the bigger argument is what Jack Wilshere is doing in the squad in the first place. Nobody seems to be questioning whether he will now go if he remains fit through these last three friendlies ahead of the finals.

‘Have we not learnt any lessons from the past when it comes to the issue of racing players back? It was David Beckham back in 2002 when he suffered a metatarsal injury towards the end of the season and still went to the World Cup.’

1) Wilshere’s situation is completely different to Beckham’s. Wilshere has played three Arsenal games in the last month, has been in training for seven weeks and will be fit for all the pre-tournament friendlies. Beckham broke his metatarsal in April 2002 and didn’t play a single match before the tournament. He didn’t even train with the ball before May 22.

2) Beckham actually did fine in that tournament, scoring the winner against Argentina and assisting one of England’s goals against Denmark.

Back in my day…
Said John Barnes on Talksport regarding Marcus Rashford’s call-up to England 26-man training squad for Euro 2016:

“People like Rashford getting in after five games… that would never have happened ten years ago.”

Mediawatch is sure that you know plenty enough already to call Barnes out on such majestic incompetence, but still…

Thinking before you speak becomes an increasingly rare hobby…

The big reveal
‘Revealed: The reason Wayne Rooney HAS to start for England at Euro 2016,’ reads the headline on The Sun’s website.

Oooh, what could this reason be? This thing everybody has overlooked. This hidden gem. This statistical nugget.

‘Wayne Rooney simply has to start at Euro 2016 for one reason: GOALS. Well, his ability to hit the back of the net in an England shirt anyway.’

Yes, it has been REVEALED that Rooney is the top goalscorer in the current squad. F**k us sideways, we hadn’t realised that.

Presumably Bobby Charlton and Jimmy Greaves should also get the nod.

News reporting, courtesy of the Daily Star
The story: England’s players could be given a day off during Euro 2016 after the Wales game.

The line: ‘The players will get just one day off during the group stage of next month’s tournament in France. And they plan to turn June 17, the day after their group grudge match against Wales, into a 24-hour sexathon.’

It’s the word ‘plan’ that tickled Mediawatch most.

“So Hartdog, what are you going to do with your day off?”

“Non-stop bonking, obviously. Set the alarm for midnight and then start the 24-hour sexathon. I’m annoyed you even asked, to be honest.”

“I have two years left on my contract and will be in talks with the club. Now I’m concentrating on the Euros in France.”

Grade expectations #1
Mediawatch agrees with Danny Higginbotham’s grading of Francesco Guidolin with a ‘B-” for saving Swansea City’s season, but his generosity extends to Alan Curtis.

“Curtis did a very good job and knows the players inside out and he steadied the ship as well,” Higginbotham writes on Skysports.com

Curtis had eight games in caretaker charge of Swansea, winning one and losing five. Those final two defeats (3-2 to Oxford United and 4-2 at home to Sunderland) persuaded the club to approach Guidolin over fears for the club’s Premier League safety.

‘I was very surprised when Sweansea got rid of Monk – he had a good start to the season, then got a few poor results and was relieved of his duties, which was unfortunate,’ Higginbotham writes.

‘Unfortunate’ is one way of looking at it. A record of 14 points from 15 league games leaving Swansea two points above 19th place and dropping is another.

The glorious return of acewatch

‘Exclusive’ of the day
‘Jose Mourinho is in talks with Paris St Germain and could move to the French champions unless Manchester United move quickly’ – Sami Mokbel, Daily Mail.

At some point soon, Jorge Mendes is going to demand to have his name in the byline.

Least surprising opinion of the day
‘The decision to leave John Terry in international exile is the one that may return to haunt Hodgson’ – Martin Samuel, Daily Mail.

Laboured intro of this or any other day
‘Marcus Rashford spends his afternoons with girlfriend Lou eating peri-peri chicken at Nando’s in the Trafford Centre.

‘Now the 18-year-old has the chance to go cordon bleu in France this summer. Rashford is one of 26 players selected by Roy Hodgson for England’s tune-up games against Turkey, Australia and Portugal’ – Neil Ashton, The Sun.

Recommended reading of the day
Matt Hughes on Chelsea.

David Squires on the end of the Premier League season.