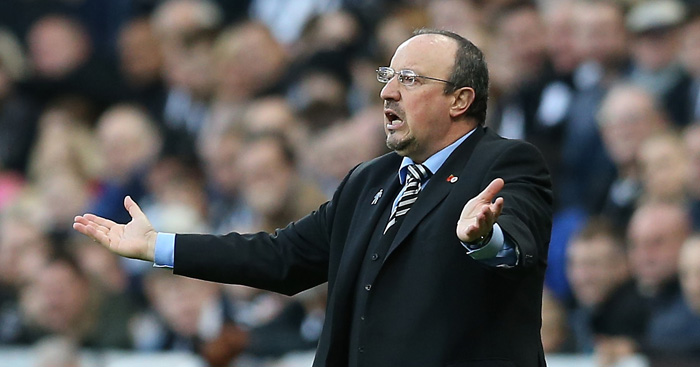 Is this some sort of practical joke?

You may remember Matthew Syed for describing David Moyes’ threat to slap a female journalist as simply ‘a joke at a reporter’s expense’ and ‘silly’. ‘Welcome to mob justice in the social media age’ was his take on those who happened to be a little angered by Moyes’ behaviour.

You may also remember Syed criticising the Norwegian men’s team for implementing a system of equal pay with the women’s team – despite it being none of his business – on the basis of the quality of their sport and their money-making abilities being different. Syed handily overlooked the fact that women’s sport had clearly been hampered by rampant historical sexism.

Finally, you may remember Syed for writing this line in October 2014:

‘The reason that women are paid less than men is not because of sexism.’

Oh, and this one too:

‘The real scandal is not the sports that are failing to pay women as much as men, but those where men are being forced to cross-subsidise women.’

Once you’ve revealed those opinions, you should understand why people may not wish to hear your take on the issue of sexism. Count Mediawatch amongst those people. Pseudo self-promotion disguised as noble compassion does not wash here.

RIP sense and facts
‘For some time now I’ve been banging the drum for British coaching. Despite the usual hysterical reactions, mostly from people who half read what I write and immediately jump on their keyboards, I have no intention of stopping,’ begins Richard Keys’ latest blog.

Mediawatch promises that it read the blog fully before jumping on its keyboard. We did stop to pull out our hair, too. Strap in:

‘Let me say it again – in my view British coaches are every bit as good as their foreign counter-parts (sic). Now let’s qualify that statement. Nothing about it is ‘anti’ foreign. Nothing at all.’

You really do have to keep repeating that last line by the time you reach paragraph eight of what definitely isn’t an anti-foreigner rant.

‘It’s when foreign coaches start filling jobs lower down the league that I have a problem. Why do Leicester and Southampton feel the need to go abroad for a coach? Why do Watford or Huddersfield?’

David Wagner was the first non-British or Irish manager Huddersfield Town had ever appointed; it’s not like they hadn’t given Brits a go. But Wagner came in, transformed the club and took them to the Premier League for the first time.

Also, criticising Leicester for ‘going abroad’ is a little much two years after distinctly foreign Claudio Ranieri won the most surprising league title in the history of English football having replaced Englishman Nigel Pearson. Claude Puel has hardly started badly in the job, either. He is objectively a more suitable manager than Craig Shakespeare.

‘Here’s an inconvenient truth – the three Brits who’ve taken charge at Palace, West Ham and Everton have lifted those clubs 16 places since taking over. Not bad eh? Moyes is fast becoming a hero at West Ham, Allardyce has got Everton moving and Hodgson has got Palace off the bottom and out of trouble.’

Yes, they have indeed done well. In the same way that Puel has taken Leicester from 14th to eighth and Marco Silva has taken Watford from 17th to tenth. It’s almost as if clubs make (and should continue to make) decisions based on who they think will be best, not what their passport looks like. Only Keys (and his Doha disciples) are framing this as a battle between British and foreign.

‘I’ve said before – great credit to Benitez for the job he did getting Newcastle up. It was every bit as good as the job Chris Hughton did the last time they got promoted from the Championship. To get the job done Benitez spent £102m and took 17 players to St James’ Park. Hughton didn’t.’

Facts? Who needs them? We’re not quite sure where Keys gets his figure of £102m from, but Newcastle actually spent around £57m on new players during their Championship season. That’s after selling nine players for a combined £88m. Funny how ‘inconvenient truths’ have been abandoned by this juncture.

Indeed, who could make the connection between off-field uncertainty and on-field performance?

We’ve reached the point where Keys’ words are capitalised for emphasis and his opinions (and questionable ones at that) are presented as fact, so it’s probably time to leave Keysey to his daily life of taking television jobs in a foreign country that surely locals could do equally as well: RIP Qatari broadcasting.

Or did they make those decisions on who was best for the job regardless of nationality, Richard?

We’ll ignore the weird hyphen and plough on, because The Sun have really been very naughty indeed here. The headline and story clearly suggests that Mbappe has intimated that he could leave Paris Saint-Germain, but that’s absolute hogwash.

“I had some plans for my career, but since nothing has happened as planned an I’m already doing better than I imagined a few months ago, it’s difficult to project,” The Sun quote Mbappe as saying. “Where will I be in two years? Frankly, I don’t know.”

Ah, but surely Mbappe was referring to his career development, not his future club. Funnily enough, The Sun omit the bit where Mbappe says: “In 10 years time I want to be playing for the best team in the world. If that is PSG then I maybe I’ll still be here.”

Mice, mice, baby
‘Arsenal alert as mice run riot at Emir-rats’ shouts the headline on the back page of Wednesday’s Daily Mail. The story is an exclusive, and is also online: ‘Arsenal deal with mouse infestation after damning hygiene report reveals ‘extensive’ evidence of droppings in VIP box kitchens’.

The first thing to say is that rats are quite different to mice, which might sound pedantic but really isn’t. Still, Emi-mice doesn’t work quite as well.

Secondly, it is clever work of the Mail to headline both the paper and online versions of the stories in the present tense, because it suggests that the problem is ongoing. It isn’t until paragraph 13 that we are told that the report was actually carried out in October 2016.

‘The Gunners say they are confident they have dealt with the issue after implementing a series of measures to tackle it,’ the fourth paragraph begins.

Funny how that past tense was shunned when it came to the headlines.

Laying it on a bit thick
Danny Welbeck scored from three yards out in the EFL Cup. It was only his fourth start since mid-September.

So your Daily Mirror headline: ‘Welbeck top of the world’.

Hazardous conditions
Sometimes Mediawatch bothers to get grumpy about the state of online football media, but sometimes you just have to laugh at the chutzpah of some outlets.

On Wednesday, the Daily Express website responded to fairly sensational claims by The Sun’s Neil Custis that Manchester United want to sign Eden Hazard for £90m. ‘How Chelsea could line up without Eden Hazard,’ is the third top story on their homepage.

The answer? An 11-page gallery in which Chelsea’s exact line-up for their last league game is listed, but with Alvaro Morata replacing Hazard.

If the opposite is true
The top story on the Daily Mail football homepage at 11.10am on Wednesday morning is that Manchester United’s team have set off for their match against Bristol City on the same evening.

Had they teleported, we’d understand the top billing.

Recommended reading of the day
Tony Evans on Arsenal vs Liverpool.

The latest section of the Guardian’s best footballers in the world.