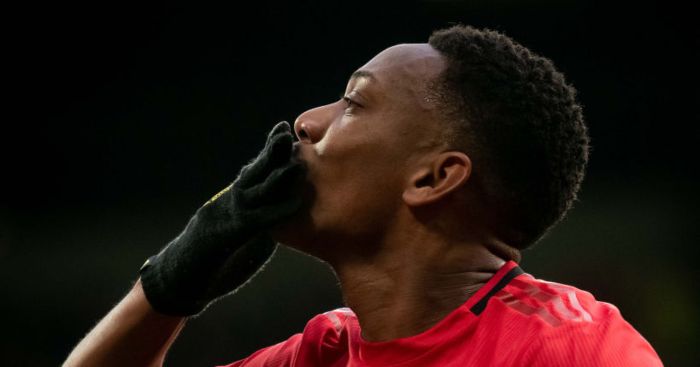 Chopper Gunnar
Mediawatch doesn’t blame Ole Gunnar Solskjaer. He made a light-hearted comment to the official Manchester United website about how his squad can maintain fitness and sharpness at home. He jokingly suggested the partners of his strikers “will be able to put some passes and crosses in” to help them train in the garden at home. The quote was even presented with an exclamation mark, denoting the most gentle of comedy.

It was precisely the sort of throwaway sentence that would have a press conference slapping their thighs and falling over laughing for weeks. And that doesn’t exactly take much. It often only requires Jurgen Klopp to walk into a room grinning. But the newspapers were not going to miss this opportunity. Not now. Not when any news will do.

So we start with the Daily Mirror:

But he made no mention of WINGERS, ATTACKERS, GOALKEEPERS or, indeed, SET PIECES. Because that would be silly. Why would he be telling Phil Jones to get his wife to stick a few corners in over the next few weeks?

What he did was quip that “the strikers should be working on finishing or their movement”. And what we get is a ham-fisted back page.

Poor David McDonnell, though. The Manchester football correspondent admirably refuses to use the ridiculous and outdated acronym, only for his newspaper to plaster it all over the back page.

Fix up, look sharp
And even poorer David McDonnell that the Mirror’s sister publication, the Daily Star, begin their own back-page story thus:

‘Ole Gunnar Solskjaer has told his Manchester United stars to keep sharp during the lockdown – by using their WAGs in their training drills.’

Way to objectify them both figuratively and literally.

Has anyone outside the football media industry ever used the term WAG? And has a back-page ‘story’ ever been a bigger crock of sh*te?

And finally…
But as bad and archaic as newspapers can be, how about the websites?

‘Ole Gunnar Solskjaer’s plea to Man Utd WAGS during coronavirus lockdown’ – Daily Mirror. What is the ‘s’ capitalised for?

‘Ole Gunnar Solskjaer calls on Manchester United WAGs to help out in training during coronavirus hiatus’ – Metro. He has not ‘called on’ anyone to do anything.

Solskjaer has some ingenious training ideas for his players on lockdown 🤣

Sorry, but…
Moving ever so slightly on, is this the single worst headline in the history of anything?

‘Ex-footie stars who scored with sexy younger Wags after hanging up boots’ – The Sun.

And if you think that’s bad, check out this opening paragraph:

‘FOOTBALLERS may retire, go grey and age, but that doesn’t stop them from scoring with young beauties.’

Eurgh. Everything about it. Just eurgh.

Blank transfer
The Solskjaer quotes are curiously buried more than halfway down the Daily Mirror website’s football homepage. At the top, we are introduced to ‘5 transfer masterstrokes that sporting director Michael Edwards has pulled off at Liverpool’.

Bringing in Fabinho ‘without at least a whisper reaching the media’? Definitely.

Signing Sadio Mane and Mo Salah to complement Roberto Firmino, who was already at Anfield before he started? Sure thi…wait, what? Since when was Firmino ‘already a few months into his Liverpool career when Edwards arrived at the club’? It’s literally one of his most memorable signings.

And we’re not really sure whether you can have ‘identifying’ Takumi Minamino and ‘discovering his cut-price release clause’ when discussing a player with no goals in 329 minutes. Can it still be a ‘transfer masterstroke’ if it doesn’t go well?

Other than that, spot on.

Living the dream
Elsewhere on the Daily Mirror website:

Rio Ferdinand picks three better players than Anthony Martial in Marcus Rashford, Kylian Mbappe and Jadon Sancho as part of his “dream” United attack? Has he gone absolutely mad?! He’s also snubbed literally every striker in the world apart from those three.

‘Despite Fergie’s pitch’? How could he possibly resist the words of an old Scottish man who retired from football altogether when he was nine? He’s as mad as Rio bloody Ferdinand.

The first paragraph of that story is also fun:

‘It says everything about Jude Bellingham that, at the age of 16, he is seriously considering the idea of living and working in a high-pressure environment in a foreign country.’

Woop, woop, that’s the sound of the policy
Allow Mediawatch to turn everything on its head and deliver some news to the MEN.

Yes, they might. Along with every other football club across the world.