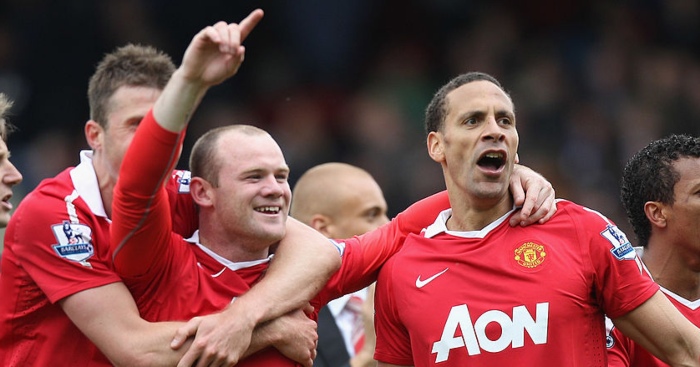 Hyperbollocks
‘As preparations for the biggest game of the season go, things could not have gone much worse for Manchester City,’ writes David McDonnell in the Daily Mirror.

Really? Did they lose Sergio Aguero to injury? Has Kevin De Bruyne lost his foot? Has Raheem Sterling lost his head?

‘Pep Guardiola had hoped to seal progress to the last 16, with two games to spare, before Sunday’s trip to Premier League leaders and title rivals Liverpool.

‘Instead, City dropped their first points of this Champions League campaign, may have lost goalkeeper Ederson for the Anfield trip and had his replacement, Claudio Bravo, sent off.’

This is truly crisis time. They now need one point from two games against Shakhtar Donetsk and Dinamo Zagreb as they only have TEN points – more than every other Champions League club barring PSG and Bayern Munich.

And on top of that, they ‘may’ be missing their goalkeeper.

‘Things could not have gone much worse.’

Use your imagination, David.

Manchester City news and transfers LIVE
Who might Liverpool be playing on Sunday? Let’s go to the Liverpool Echo to find out. These are all headlines from the last 24 hours and they might give you a clue:

The last headline intrigues us. What is the change that Jurgen Klopp is having to make this season as Man City showdown nears? Notice how that rolls off the tongue…

‘James Milner has explained how Liverpool’s opponents are forcing the European champions to continue evolving under Jurgen Klopp.’

Right. Is this actually about Man City? We might have to read these James Milner quotes to find out…

“Teams have been trying to find different ways of playing against us and trying to shut us down, so we have to keep working hard and putting into practice the plans that we’re coming up with in training, especially in learning how to play against teams that have that deep, deep defence.”

Wait a minute, are they playing Man City on Sunday?

Clarification
‘Forget El Clasico, Liverpool vs Man City is the biggest match in world football in so many ways’ – Liverpool.com.

No it’s not – Mediawatch.

Amid of the day
‘Arsene Wenger breaks silence on Arsenal with Unai Emery under fire amid Jose Mourinho talk’ – Express website.

Arsene Wenger basically says nothing about Arsenal, Unai Emery or Jose Mourinho but never mind, we got them all in the headline – Express website.

The Greatest Showdown
Nobody ever just talks in football – they always have ‘showdown talks’. Which sounds truly exhausting.

And this week, according to the Daily Star, ‘England boss Gareth Southgate set to hold showdown talks with James Maddison’. Is he? Or is he just going to have a chat?

‘James Maddison will be expected to apologise to Gareth Southgate when he joins up with England next week.’

Right. That doesn’t sound as much like a ‘showdown talk’ as a reasonable expectation.

‘Starsport understands Southgate has not spoken to him since the incident.

‘But the England boss will have showdown talks with Maddison when the players meet up at St George’s Park.’

So it’s definitely a ‘showdown talk’ and not a chat?

‘It is understood Southgate expects Maddison to take the initiative and make the first move because he was in the wrong.’

Oh. Can you really plan to hold ‘showdown talks’ with somebody without actually, you know, telling them?

Wait a minute; are they married?

Makes sense. He has played a lot of football. When? Well…

‘It is understood United are keeping a close eye on him during training and going into the busy December period without a rest.

‘However, it is not known whether he will be rested for the match against Partizan Belgrade in the Europa League on Thursday.’

Right. So he is planning to give him a rest at some point? Thanks. For. That.

Challenge of the day
‘Rashford challenges Man Utd strike partner Martial to score more goals as squad trains ahead of Partizan Belgrade clash’ is the headline on The Sun website.

This is getting really bloody cheeky now. Maybe look in the mirror, Marcus.

So what has he actually said?

“We’ve been playing good football but we can definitely score more goals and assist more and that’s what we’ll be looking at more as a pair.

“Dan [James] as well, he’s very effective from the wide position and he can definitely score more goals himself and get a lot of assists for us. We take it game-by-game and look where we can improve after each match.”

It’s almost like he is ‘challenging’ and ‘calling on’ himself too. But ‘we’ really does not make headlines.

When is a door not a door?
‘Kai Havertz opens door to £80m Manchester United transfer’ – Metro.

As Kai Havertz mentions neither price nor club, Mediawatch presumes he has also opened the door to a £3m Huddersfield Town transfer.

Serious as cancer
“I do believe that when players are unsettled and you hear noises in the media, you have to just get them out, get rid, because it can be cancerous. It spreads the wrong message around the squad and it doesn’t bode well for the team,” said Rio Ferdinand about Tottenham on BT Sport on Wednesday night.

“This is an example of that. When you have unsettled players, get them out the door and bring in players who actually want to be at your football club.”

Oddly, there is no record of Ferdinand saying the same about Wayne Rooney when he twice agitated to leave Manchester United. In fact, he repeatedly urged him to stay and in May 2011, at the end of a season in which the striker had made it clear he wanted to leave the club, he said:

“Rooney staying was a big part of what we achieved this season. There was a sense of relief from the players, the fans, everybody.

“I spoke to him that week when he was thinking of going. You do it with a Manchester United hat on and explain what you think is best for the club and how you want him to stay. If he had left it would have been a very big hole to fill.”

But surely he was “unsettled” and that kind of talk is “cancerous”? Or does that not apply at Manchester United when it’s one of your mates?