Home Arsenal Mediawatch: RIP Wing’s and those ‘cylinders of joy’ 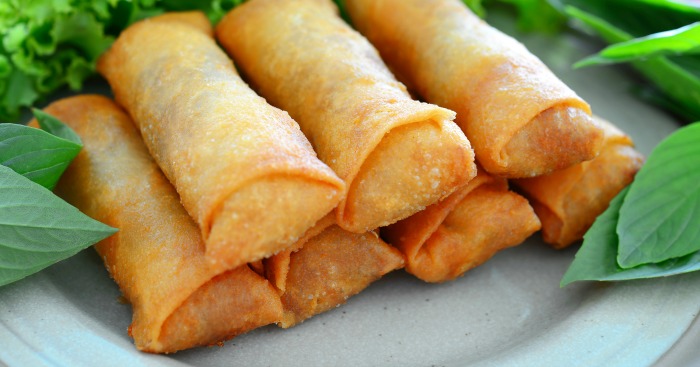 RIP Wing’s
You may remember the tabloid obsession with Wing’s restaurant in Manchester which culminated in Mike Keegan’s memorable feature piece on the Manchester eatery. The phrase ‘cylinder of joy’ will never not make Mediawatch laugh.

Sadly, Wing’s is no more – at least in the eyes of our tabloid press. It has flown to heaven. Move over Manchester, London is in town. And The Sun want free stuff from Novikov.

‘Inside Novikov, the fancy Mayfair restaurant loved by some of the Premier League’s biggest names, including Paul Pogba, Alvaro Morata and Harry Kane,’ reads the headline, because of course this is related to football. How could you think that it isn’t about football, when there are all those photos of footballers?

Sadly there is nothing as memorable as ‘cylinder of joy’ to be enjoyed again and again. This is the less verbose and more blatant Sun, remember; the sources of their material are Instagram photos and celebrity shots rather than food reviews. Still, the brass balls on anyone doing a feature quite this desperate to impress is worth taking in:

‘The food on the Novikov menu is as diverse and exciting as it is expensive.’

‘Novikov’s cocktail bar is described as an “unmissable” experience’

‘The food on display at Novikov can be jaw-dropping, like this swordfish.’

‘The food ranges from Wagyu tacos, at £18.95 for two, to a £50 Peking duck, with King Crag leg and Thai pepper sauce another intriguing option.’

‘There is more to Novikov than just the food though, it seems like more of an experience.’

In total, Dave Fraser’s feature extends to 1,600 words and contains the word ‘Novikov’ a magnificent 75 times (or once every 21 words). Truly shameless.

Xhaka can’t
Now Mediawatch does not think that Granit Xhaka has been a success at Arsenal. In fact, we don’t see how anyone who doesn’t have a Twitter handle like ‘@Xhakaholic’ or ‘@MovesLikeXhaka’ can think that. But there are plenty of permissible criticisms of the Swiss midfielder without resorting to fantasy. In the Daily Mail on Tuesday, Martin Samuel resorts to fantasy.

‘Everything that is wrong with the most recent edition of Arsene Wenger’s Arsenal was there in the actions of Granit Xhaka around Manchester United’s first goal on Sunday,’ Samuel begins, coming in off a fairly long run-up.

‘He attempted a foolish tackle, which he missed, then did not bother to recover and track Paul Pogba into the penalty area. As Pogba was scoring, Xhaka was pulling up his socks, yards off the play. This is the man wearing the captain’s armband for Arsenal at Old Trafford.’

Except that Xhaka wasn’t pulling up his socks as Pogba was scoring, was he? He did that well after the goal had been scored, while Pogba was celebrating.

In the paper copy of the piece the inset picture is merely of Xhaka’s face, but MailOnline have stitched Samuel up good and proper. Two inches below that last paragraph is an image of Pogba’s goal being scored, and Xhaka handily has been circled with a yellow ring. Less handily for Samuel’s point, Xhaka is clearly stood upright rather than doing anything to his socks.

Still, don’t let the truth get in the way of a good-ish point.

The manager doesn’t matter
Elsewhere in his Daily Mail column, Samuel kicks the notion that Darren Moore is responsible for West Brom’s turnaround:

‘Darren Moore has done an excellent job as West Brom’s caretaker manager. “He’s been around the place a long time and knows what works,” said keeper Ben Foster. “He’s steeped in the West Brom tradition.”

‘And what tradition would that be? The Tennent Caledonian Cup winners 1977 tradition? The Watney Cup finalists 1971 tradition? It is 50 years since West Brom last won a trophy of significance – the 1968 FA Cup and they are going down because the same players Moore has available to him played like drains under Alan Pardew and Tony Pulis.

‘So either Moore is a genius, or the players let the club and its previous managers down badly. As tends to be the tradition with relegated sides.’

Or, a manager’s job is to use man-management strategies, match tactics and training programmes designed to get the best out of players and their personalities, and Moore has got most of that spot on after the miserable efforts of Pulis and Alan Pardew? If it was just down to the players, there would be no need to have a manager at all.

Reading just a little too much into it
On Saturday, after Crystal Palace had beaten Leicester City 5-0 to secure their Premier League survival, Patrick van Aanholt sent the following tweet:

Three days later, Stan Collymore has genuinely used part of a column in a national newspaper to answer Van Aanholt’s question as if it was asked seriously. Oh my:

‘Patrick van Aanholt told his Twitter followers to “name a better left-sided combo in the Premier League” than himself and Wilfried Zaha after Crystal Palace destroyed Leicester on Saturday.’

‘Erm, OK then, Patrick, I’ll give you three off the bat.’

Stan, mate, he wasn’t being serious.

‘Benjamin Mendy, when he’s fit, and Leroy Sane and Manchester City. Andy Robertson and whoever is playing on the left for Liverpool. And Marcos Alonso and Eden Hazard at Chelsea.’

‘Van Aanholt has done well, but he needs to have a look at where Palace and have been for a lot of the season.’

Footballers of Twitter, please do not tweet anything that is not deadly serious. For it will become a column.

How Roma can win. Ish.
Elsewhere in his Daily Mirror column, Collymore moves away from taking a footballer’s tweet seriously and gets stuck into Roma vs Liverpool. It has left us feeling very confused.

How on earth does a someone get from:

‘The one thing that could possibly hurt Liverpool’s defence in their Champions League semi-final decider is pace. And, frankly, Roma striker Edin Dzeko is not exactly blessed with it.’

‘The area I’d actually be targeting, if I was Eusebio Di Francesco, would be Liverpool’s midfield, after seeing the way Manchester City set about them in the first half of their quarter-final second leg.’

‘Roma will believe that, having overturned a three-goal deficit against Barcelona in the quarter-finals, the tie is still alive and that if they can get an early goal then all of a sudden they will have given themselves every chance.’

All in the space of 13 paragraphs?

So the only way Roma can hurt Liverpool is with pace, but they don’t have pace so they can’t hurt Liverpool. But if they target the central midfield they can hurt Liverpool without pace. And if they score early they have every chance of going through, regardless of the pace. Glad that’s clear.

‘The Ferrari F12 Berlinetta was the quickest Ferrari on the market until LaFerrari came along in 2013. So, if we told you it belonged to the speedy Bayern Munich striker, you’d hardly be surprised.’

Still at least now we know the answer to what toy car Ryan Bertrand’s daughter owns. Thank the lord.

It worked!
March 14: The Daily Mirror’s John Cross writes that Everton have made Arsenal’s Jack Wilshere a big money offer to join them, with Wilshere not impressed by Arsenal’s offer.

March 21: The Daily Mirror’s John Cross writes that Juventus and Milan have made offers to Wilshere, who is not impressed by Arsenal’s offer.

March 26: The Daily Mirror’s John Cross writes that Manchester City and Liverpool are watching developments, with Wilshere not impressed by Arsenal’s contract offer.

April 19: The Daily Mirror’s John Cross writes that Wolves and Juventus are interested in signing Jack Wilshere, but reiterates claim that Liverpool, Manchester City and Milan are also keen. Wilshere is not impressed by Arsenal’s contract offer.

May 1: The Daily Mirror’s John Cross writes that Arsenal have made an improved offer to Jack Wilshere in a desperate attempt to get him to stay, this one worth more than £100,000-a-week.

We’re not sure Juventus and Manchester City are particularly worried, but we do know that Wilshere and his agent owe Crossy a pint.

Learn to count with Mirror Football
‘Neville names Premier League team of the season – with NINE Manchester City and Liverpool stars,’ reads the headline on Mirror Football on Tuesday morning. It has sat there since 8.45pm the previous evening.

Number of Manchester City and Liverpool stars in Gary Neville’s team of the season: Eight.

If you’re going to capitalise a number in your headline, at least make sure you can count.

Childish giggle of the day
Writes Mike Walters on Mirror Football on the subject of the relegation battle:

‘Lambert has had ample opportunities to lift the Potters above the dotted line, but they have failed to beat the likes of Watford, West Ham and Brighton and they are without a win in 12 Premier League games. The fart lady is clearing her throat.’

It’s not the throat we’re worried about.

Recommended reading of the day
Sid Lowe on Barcelona.