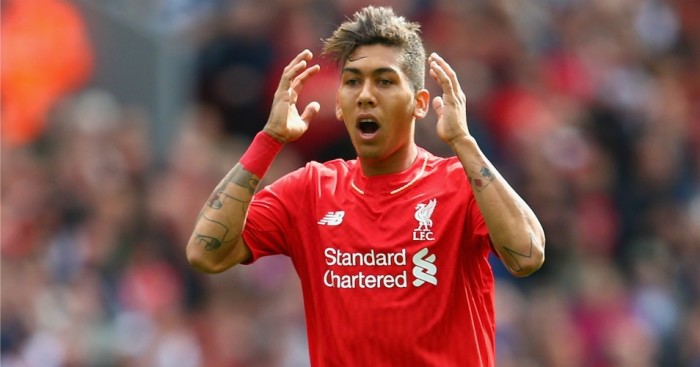 Tenuous Jurgen Klopp stories of the day
‘Liverpool striker Roberto Firmino all loved up with wife Larissa Pereira… so will new boss Jurgen Klopp take a fancy to him?’ MailOnline. ‘Is this just based on an Instagram picture of Firmino kissing his wife?’ you may be asking yourself. Oh yes it is. Please can football come back?

‘Liverpool manager Jurgen Klopp ready for full throttle football as he takes another car for a spin ahead of Tottenham clash’ – MailOnline. Man drives car.

The most MailOnline story of the year
‘Cristiano Ronaldo has become master of the selfie on Instagram… Sportsmail looks at the Real Madrid star’s finest work’ – MailOnline. By finest work they mean ‘finest Instagram work’, which is a very different thing.

Sherwood for the trees
Sam Wallace may have moved from the Independent to become the Daily Telegraph’s chief football writer (congratulations etc), but his feelings of love towards Tim Sherwood haven’t changed. No siree.

‘Tim Sherwood, the Villa manager, goes into Saturday’s game against Chelsea with the unenviable task of making the club’s brave summer transfer strategy work, safe in the knowledge that it will be him politely ushered out the gates should it fail,’ Wallace begins. Textbook absolving of blame in the second para.

‘At Villa, this summer’s policy of buying almost exclusively young players with the emphasis on potential has so far left them 18th with four points from eight games. Their manager is now obliged to oversee his new charges’ development in the midst of a relegation fight.’

Poor Tim, forced to deal with all those kids that aren’t up to it.

It’s worth that they’re only ‘in the midst of a relegation fight’ because Sherwood hasn’t won a league game since the opening day. They did start on the same points as everyone else.

The average age of those signings is  25.7, and Amavi – the second youngest – has arguably been their best player this season.

White on time
Daily Telegraph columnist Jim White also writes for Eurosport, and his latest offering is a belter.

The premise of the piece is White’s suggestion that the English public should be asked to choose England’s starting XI for Euro 2016. We’ll guess/hope that tongue is firmly inserted in cheek.

However, the following paragraph did make Mediawatch growl:

‘Hodgson has let it be known that his major regret in the build up to his failed World Cup effort last year was that he experimented too much. Once qualification was secured, what was needed was some continuity, so that those expected to be in the starting XI could bed in, get used to each other’s style of play. It is a legitimate, understandable point of view. If you know what your starting XI is, that is. But there is absolutely no indication Hodgson does as we head for France. Nor indeed what style they should be playing.’

If Hodgson has changed his starting XI too much for your liking, that’s because of injuries. Certainly not ‘a never-ending cycle constantly examining his best options’.

Two words
‘When Jurgen Klopp arrived at Liverpool there was a lot of focus on the club’s transfer committee. Among that group are executives with plenty of corporate experience but not much in terms of football,’ writes Martin Keown. ‘It got me thinking. Why are so few former players and managers involved in the business side of the game?’

‘Players may not have the same business experience as commercial executives but there is no reason they cannot learn those skills. Of course, with the incredible sums of money in modern football you need experts, but there is room for a few more voices to be heard. Former players can offer important opinions and unique value’ – Martin Keown, Daily Mail.

Mediawatch doesn’t wholeheartedly disagree with Keown’s view, but there are two words that keep cropping up in its mind: ‘Michel’ and ‘Platini’.

They won’t be the last
‘We feel it is impossible survey to carry out because there are so many anomalies in the prices of match-day tickets and season tickets it cannot be an accurate reflection and so we felt it wasn’t something we wanted to be part of.

‘As a club, we have fan representation at board level and if any supporters have concerns about ticket prices or the value for money they have the opportunity to come directly to us. All our ticket prices are freely available to view on the club website’ – Swansea City explain why they didn’t take part in the BBC’s Price of Football study.

Remember this
‘Should Arsenal suffer back-to-back defeats against Bayern Munich — P11, W11 and 24 goals in their last six games — they could well finish bottom of the group and not even qualify for the Europa League. Arsenal, free of other distractions, will then never have a better chance of winning their first title since the Invincibles in 2003-04. Just call it forward planning. And they never do anything in the Champions League anyway’ – Steven Howard, The Sun.

Because that’s definitely how it works, deliberately losing games in one competition to make you better in the other. After all, it was only those ten extra last-16 matches that stopped Arsene Wenger’s side winning the league title in each of the last five years.

Mediawatch will remember these words when/if Arsenal do lose to Bayern Munich, and look forward to Howard’s celebration in defeat.

Keeping Sunderland up. We’re not using the hashtag.

It’s the new remembering where you were when John Lennon got shot.

Harry Redknapp: Defined
‘Rumours emerged that Harry Redknapp was being lined up for my job. I rang Harry who said, of course, it was rubbish, but I have it on very good authority that it probably wasn’t. Supposedly all that stopped him from making the move was not wanting to leave their home in Dorset’ – Sam Allardyce.

Misleading graph of the day
Football ticket prices in England are silly enough without BBC Sport making a difference of less than 5% look like this: 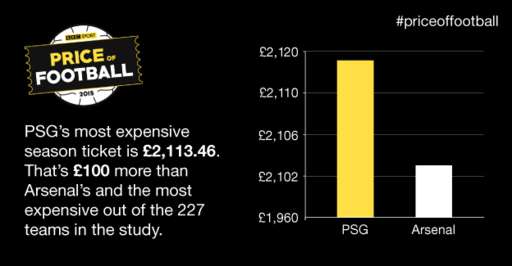 Alex Hess on the potential death of British managers.

Non-football headline of the day
‘A former meerkat expert at London Zoo has been forced to pay compensation to a monkey handler she attacked with a wine glass in a love spat over a llama-keeper’ – Associated Press.

Why was she a ‘former’ meerkat expert? Did she forget all the knowledge?

Thanks to Matthew long and Jim Fogarty.  If you see anything that belongs on this page, mail us at theeditor@football365.com putting ‘Mediawatch’ in the subject field.