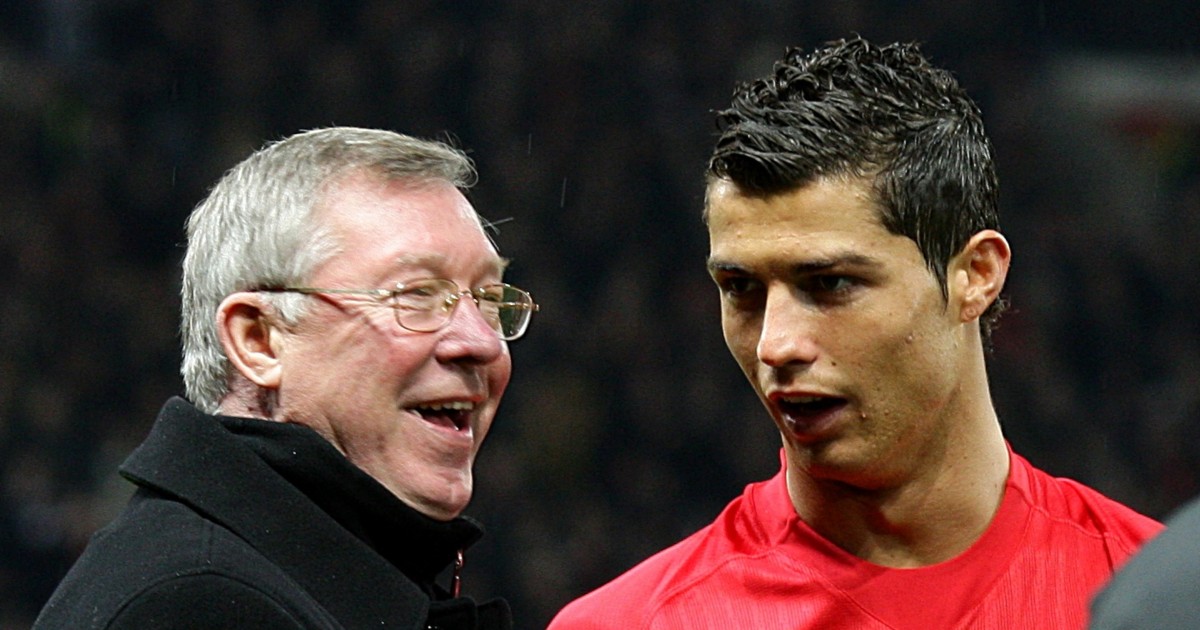 Baby, it’s code outside
Is the biggest story in football on Friday:

* Newcastle picking absolute first choice all along Eddie Howe as their next manager?

With the Manchester derby on the horizon, the Daily Mirror correctly identify option d) as the right answer.

Not sure how someone can possibly have a phone call that is simultaneously 20 seconds and three words long. Did Ferguson pocket dial him at first?

We might never know. But this meaty paragraph from Jeremy Cross may shed some light:

‘United decided to play their trump card in the final week of the window and got Fergie to ring Ronaldo personally. When Ronaldo answered the phone to his mentor and father-figure, he wanted to chat. But all Fergie said was: “Don’t join City”, before hanging up. The coded message was brief but clear. United wanted him back.’

First Ronaldo stops everyone eating dessert, then he deciphers such a remarkably ‘coded message’ as “don’t join City”. Is there anything the man cannot do?

Slow coach
Cross has the inside track on Ronaldo, as his exclusive on the opposite page of the Daily Mirror shows:

‘Manchester United have no plans to offer Cristiano Ronaldo a coaching role at Old Trafford.’

Well it would be strange if they were desperate to give their top scorer, with more than twice as many goals as his closest teammate, a new job.

Cross adds that ‘senior figures [are] insisting he was re-signed on a playing basis only,’ as if that has ever been even vaguely disputed.

‘United would even be open to holding talks with Ronaldo about him extending his current contract further, should this scenario suit both parties nearer the time.’

Again, it would be strange if Manchester United weren’t ‘open’ to keeping their top scorer, an incredibly influential and notoriously healthy and professional 36-year-old, for as long as they possibly can.

‘But what if there was something else behind Emery’s decision to turn down a return to the Premier League?’

Did you have something in mind, friend?

‘What if Emery did not fancy being a public face of the Saudi Arabian regime?’

Then he would probably have distanced himself from the job much earlier and not led the club on to the extent that they briefed journalists of their utmost confidence in appointing him imminently.

He also wouldn’t have managed Qatari-owned PSG, as Dunn himself mentions.

‘But like it or not, believe it’s fair or not, this is different.’

Well Saudi Arabia have been linked to altogether more atrocious and abhorrent things relating to human rights and the murder of a journalist, but it would be a little bit like picking the shiniest sh*t if Emery was to turn Newcastle down on those grounds while happily managing PSG for two seasons.

‘Maybe, in the end, Emery did not think aligning himself with the Saudi regime was worth it.’

Or he might not have fancied swapping the Europa League champions, currently competing in the Champions League, for a relegation battle in a country that spent 18 months openly mocking his grasp of the language. Newcastle leaking their confidence on the eve of such an important game clearly changed things, too. Far more than Emery suddenly realising who owned them.

‘Eddie Howe obviously thinks it is. Fair enough. But if he thinks he is going to get any sort of easy ride, he is very, very much mistaken.’

Mediawatch is not entirely sure why Eddie Howe would expect ‘any sort of easy ride’ as the manager of the richest club in the world, never mind one with such controversial owners. But he will consider himself warned.

Rafa ticket
Emery’s objections to the Newcastle job obviously stem from racism, if Martin Samuel is to be believed. And it is important to stress that he really is not.

But he does believe that Newcastle ‘needed Emery, because expectations are so high.

‘They always are,’ he continues in his Daily Mail column, ‘at Newcastle. Long before the Saudi takeover, Rafa Benitez was loved because his status flattered. Champions League winner, La Liga winner, Europa League winner, former manager of Valencia, Liverpool, Inter Milan, Napoli – here was a man big enough for Newcastle.

‘Steve Bruce – late of Wigan, Birmingham, Hull, Sheffield Wednesday and a beaten FA Cup semi-finalist – not so much.’

Sure but that had less to do with ‘expectations’ and ‘status’ and more to do with Benitez being a demonstrably better coach than Bruce.

Green light
Dunn returns in the Daily Mirror with his take on the England squad:

‘Borussia Dortmund midfielder Jude Bellingham is back in the fold for the games against Albania and San Marino but, it transpires, decided not to make himself available for last month’s qualifiers against Hungary and Andorra.

‘Mason Greenwood, though, has put his very brief international career on hold until next year, despite playing well over 100 games for Manchester United and scoring a host of important goals.’

Not sure what relevance that has but OK.

Southgate pointed out that it is for Greenwood to clarify his stance if he so wishes, “because I might not be able to represent that in the fairest and most considered way”. But the actual England manager stressed that “he absolutely wants to play for England”.

That does not stop Dunn ending his article thus:

‘But it is the absence of Greenwood – now acknowledged as one of the country’s most natural finishers – that will continue to puzzle England fans.’

Those who choose to ignore Southgate‘s explanation and Greenwood’s own quite sensible though processes as a young player not wishing to risk burnout, yes.

Wonder how they extracted that confession.