Home Mediawatch The Ronaldo work-rate nonsense rages on under Rangnick 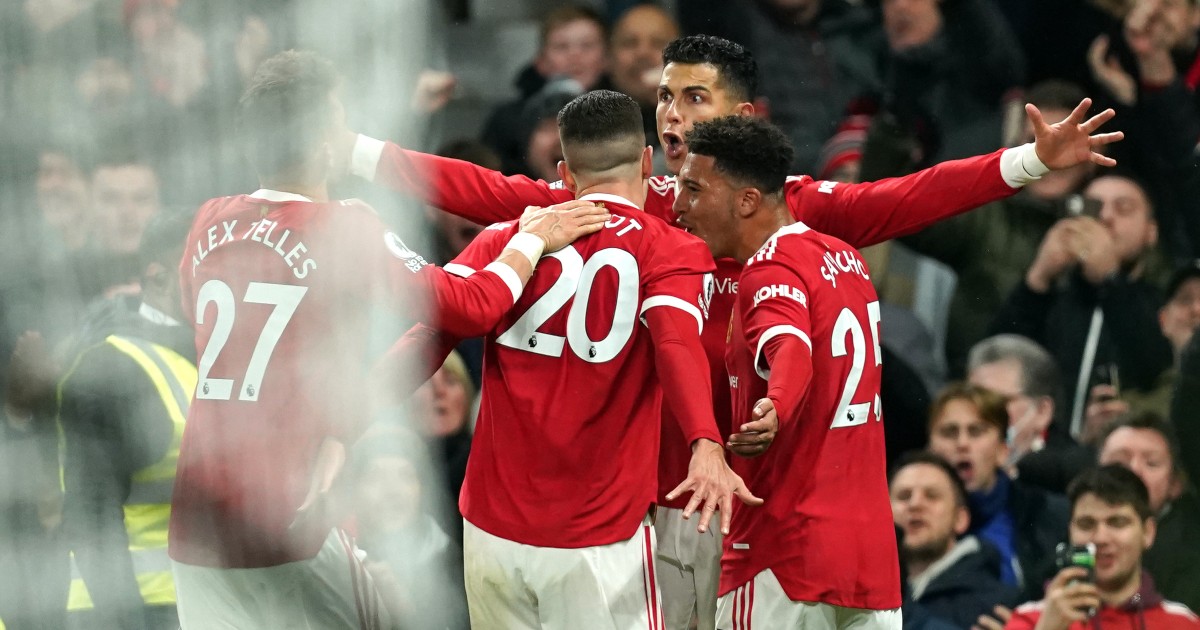 All those millions of people who had written Cristiano Ronaldo off and declared that he would be finished under Ralf Rangnick are in the dirt.

Set reminder
Considering Thursday’s papers ignored actual football and an actual Premier League title race in favour of some non-existent Cristiano Ronaldo ‘myth’, it comes as absolutely no surprise that his two goals in a Manchester United win over Arsenal dominates the headlines.

‘Cristiano Ronaldo sent a reminder of his class to new Manchester United boss Ralf Rangnick by smashing through the 800-goal mark,’ writes Martin Blackburn on the back page of The Sun.

Top tip: if you’re discussing a footballer with more than 800 career goals, a 63-year-old coach of almost four decades probably doesn’t need a ‘reminder’ that he is pretty good.

Hot off the pressers
The main Ronaldo topic is the whole pressing thing, which has managed to become incredibly boring even before the new manager’s first match in charge.

‘There are theories that Ronaldo might not fit into the high-pressing manic-workrate ethos of United’s incoming interim boss Ralf Rangnick,’ says Dave Kidd of The Sun.

For ‘theories’, read ‘completely legitimate points about whether a 36-year-old who plays predominantly in the penalty area can fit into a system which is likely to focus on counter-pressing and running.

‘But while they still settle football matches on the basis of which team scores the more goals, rather than on running stats, there must surely be a starting place for one of the greatest goal machines of all time.’

Hell, Michael Carrick had never managed at any level before yet he realised it was best to start Ronaldo in two of three games over five days, the Portuguese scoring three goals.

Pretending that anyone is saying Ronaldo won’t play under Rangnick is at least as silly as implying he should play every fixture.

Crist the redeemer
‘Eight hundred and one. And counting. Still counting. Not yet done. Don’t write him off. Never write him off’ – Martin Samuel, Daily Mail.

It looks like a strawman. It sounds like a strawman. And it has that unmistakeable stench of the most straw of men. Who on earth looked at Ronaldo scoring at least 23 goals in each of the last 15 full seasons and decided to ‘write him off’? Literally no-one. Not a single person whose opinion might be worth basing an entire newspaper column on said anything of the sort.

‘The Cristiano Ronaldo era is done, you may have heard, with the arrival of Ralf Rangnick.’

From whom ‘you may have heard’, Samuel strangely does not share.

Who are you talking to, Martin?

‘And he’s not finished. He demonstrated that last night.’

He demonstrated that a long time before last night – to all those hundreds and thousands of people that seemingly needed it to be ‘demonstrated’ to them, anyway.

It’s particularly strange to read this sort of ‘told you so’ line of argument from Samuel as leads the many journalists in shouting at the clouds of pressures per 90 and sprinting stats. Here are a couple of the paragraphs he wrote about Rangnick a week ago:

‘Given this, it will be interesting to see how he goes about fitting Cristiano Ronaldo into what is a pretty clearly defined method of play: high energy and high pressing.’

‘If he’s as smart as he sounds, he should be able to adapt his strategies to the presence of Ronaldo, too.

Both absolutely spot on: it will be interesting to see what happens and Rangnick absolutely should be able to find a place in his team for Ronaldo. That is not to ‘write him off’ or say he is ‘done’ and you know it.

Under pressure
The funny thing is that this sort of statistic exists:

27 – Cristiano Ronaldo made 27 pressures last night against Arsenal, his most in any league game this season, previously averaging 14.4 per 90. He made 16 pressures in the attacking third, more than five times as many as in his previous league start against Watford (3). Ralf. pic.twitter.com/9MLn1c3v5f

For all the ‘only goals matter’ discourse, those numbers are pretty damn stark and show that Ronaldo’s pressing is a completely relevant topic. The player himself and the club overall clearly seem to think so, unless we are about to claim that such a notable increase in output in the final game before Rangnick takes over is purely coincidental?

‘Gabriel might have stood up to a baseball bat-wilding thug and fought him off.

‘But has the Arsenal centre-back ever had his ankle stood on by Fred?

‘No, I don’t think so. Different matter. How would he have coped?’

Not really sure where to start with that so we just won’t.

‘And you do wonder, for all their early-season optimism and promise, whether they could yet find themselves in danger further down the line.’

Did the six-point gap to 17th with almost two-thirds of the season left give it away?

Harry plotter
‘WHEN will Harry Kane finally stop sulking?’ asks Frankie Christou of The Sun after a game in which the Tottenham striker did not score, but did create three chances and played really rather very well.

‘Kane, 28, is letting his best years pass him by sulking on the failed summer move to the Etihad.’

That accusation could probably have been fairly levelled at Kane in the first month or so of the season. But after probably his best Premier League game this campaign? Bit weird.

The article goes on (and on and on) to say that Kane ‘really did not look like’ scoring against Brentford and that ‘he was always one or two paces behind the rest of the pack’, adding that he must ‘shake off this sulk’ and ‘buck up his ideas’.

Was this written before the Brentford game and accidentally published? It’s not for Mediawatch to say. But probably.