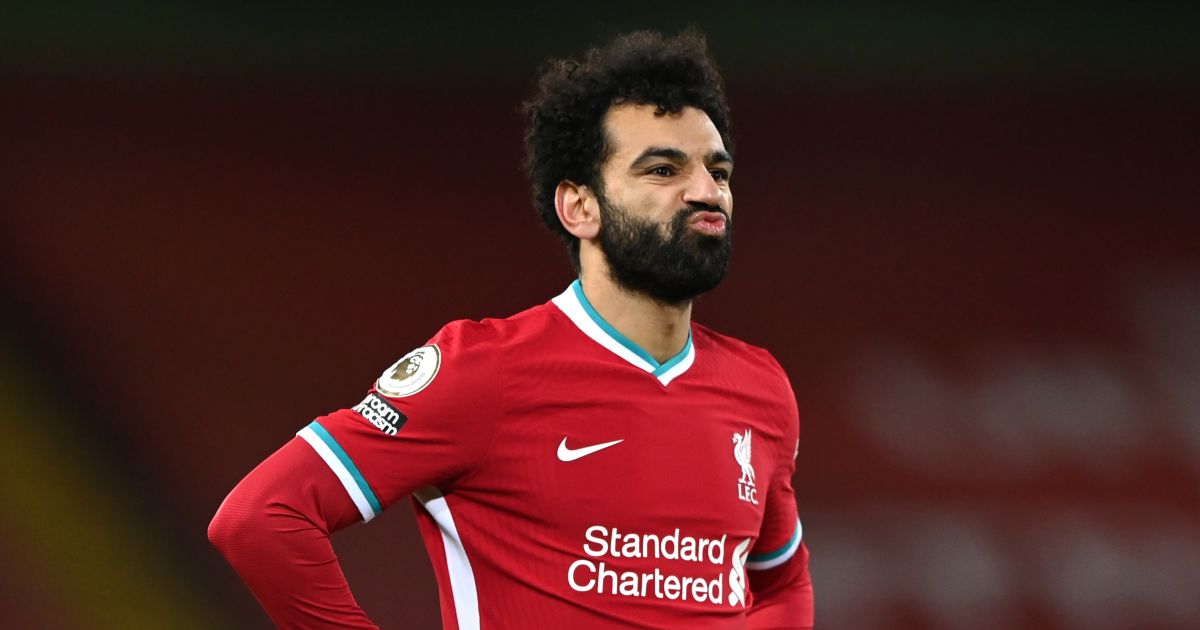 The Salah ‘transfer saga’ has been given ‘inside’ story treatment and it truly delivers. And we’ve heard Sancho, Man United and £50m before.

Cross the line
In the same week that Mike Dean asked to be stood down from his duties as a Premier League official after he and his family received death threats, Mediawatch has to question some of the language used in describing a perfectly legitimate Chelsea winner against Barnsley on Thursday.

‘The German coach saw his team struggle past Barnsley and they needed a winner from Tammy Abraham which looked suspiciously offside.’

‘At the very least, without the benefit of VAR, it looked a tight decision.’

Which it was. Yet it was also the right decision. So well done to the officials?

Nope. Charlie Wyett goes on to describe the goal as ‘controversial’. At no point in his match report does he clarify that Tammy Abraham was behind both Reece James and the ball at the moment the final pass was played, thus making it an excellent call from assistant referee Sian Massey-Ellis.

The things is, newspapers don’t have to engage in that sort of discussion. Jamie Jackson and Mike McGrath of The Guardian and the Daily Telegraph make no mention of Abraham being ‘offside’ whatsoever.

Matt Barlow of the Daily Mail, Henry Winter of The Times and Simon Bird of the Daily Mirror were all able to confirm that the correct decision was made, as backed by TV replays.

So The Sun really do have no excuse for continuing to stoke the flames of a raging dumpster fire. Do better.

Offsnide
The same stands for BBC Radio 5 live (who did post a later clarification showing that it was ‘the correct decision’):

Tammy Abraham looked offside when the ball was played.

Did Chelsea get away with one here? 🤔 pic.twitter.com/VZGflRY8jh

In this of all weeks, but also just in general, can we not frame every incredibly marginal call from referees as contentious and debatable? These are split-second decisions they are required to make in an instant and poring over them incessantly achieves absolutely nothing. It is particularly stupid when literal proof exists that backs them up.

Many people would have deemed Abraham to be offside on first or perhaps even second viewing, as the two clips above show. But there is literally no excuse whatsoever to be calling it ‘suspicious’ or ‘controversial’ hours and countless replays later for the following morning’s newspaper.

Anyone reading that who missed the game or at least the goal would be forgiven for thinking the referees had made a mistake. It might seem like an overreaction but it can be a simple yet slippery slope from that to this.

Mo problems
So to the more lighthearted stuff, such as this Jake Polden doozy in the Daily Mirror, which is absolutely textbook:

This must be quite the scoop, with some exclusive information from bespoke sources providing us with previously unknown information concerning the ‘transfer saga’ of a man who has been at the same club since summer 2017.

Or it is a combined piece charting:

1) That AS interview in which Salah called Real Madrid and Barcelona “two top clubs” while ‘hinting at exit’ by saying that “everything is in the hands of the club”.

3) Bayern Munich saying “it would be be an honour” to sign one of the best players in world football.

4) Dejan Lovren pretty much ruling out the idea that Salah is leaving Liverpool based on ‘private phone calls’ with his former teammate.

It’s less ‘inside’ the ‘transfer saga’ and more a collection of relatively banal quotes dressed up to pretend Liverpool will sell one of their best players soon despite him being contracted to them for another two years. A slightly stodgier headline, granted. But infinitely more accurate.

Sanch dressing
Speaking of transfer sagas, Jadon Sancho to Manchester United has been an actual one for some time. There was scant mention of that move being resurrected last month, Borussia Dortmund obviously and understandably reticent to even discuss the departure of one of their best players mid-season. But an update is never too far away.

Eurosport do the honours with an article that includes this line:

‘Some sources close to United are suggesting that an opening offer next summer for Sancho could be closer to £50m.’

Bear that in mind when you consider how both of the following reported their rehash of the story.

Presumably neither of them are familiar with what ‘an opening offer’ entails. If only there was a recent example of Manchester United valuing Sancho at £50m in a summer transfer window and Dortmund laughing them out of the building as a result.

Edin out
‘Edinson Cavani and Juan Mata’s Man Utd futures in doubt with club yet to activate one-year extension clause in deals’ – The Sun.

It really is a mystery as to whether Manchester United will trigger their automatic one-year contract extension to keep a striker Ole Gunnar Solskjaer referred to as ‘the type of centre forward that we’ve been looking for’ last month, and someone ‘for everyone to learn from’.

With seven goals in 11 starts and seemingly no other clubs interested, Edinson Cavani’s Manchester United future really is ‘in doubt’ and both parties are absolutely not just waiting until the end of the season to sort everything out like any sensible person would.

Just what you come to a football website for…pictures of Ashley Ward’s offspring.

Recommended reading of the day
Sid Lowe on Luis Suarez.