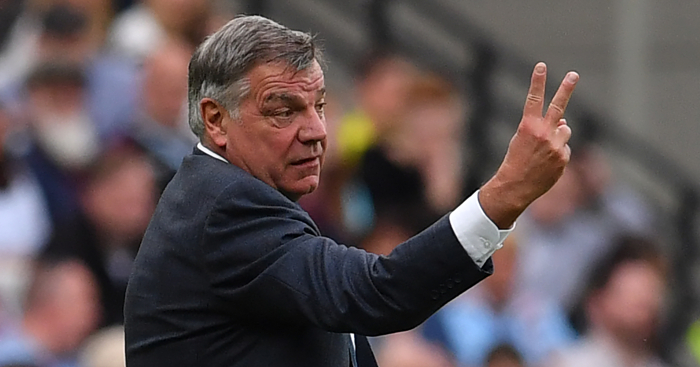 Cro-bar
Question: Can The Sun possibly resist a weird show of patriotism and bigotry after an impressive England win?

Moody blues
It seems that a few people struggled with Zlatko Dalic’s post-match comments in defeat. The Croatia manager said that England “have a really young and very fast team” before congratulating them on “a deserved win”.

He even pandered to the media, saying that “it’s coming home, very soon”. He did so with a smile on his face.

What does he get for his troubles? A newspaper back page branding him ‘moody’. Oh, and the Daily Star accusing him of taking a ‘cheeky sideswipe’ at England fans.

Guys, he was being nice.

Dirty Harry
The Sun lay it on particularly thick, rating STAR MAN Harry Kane as the man of the match. ‘Thank God for Harry, England and St George’s Park,’ writes Mark Irwin, presumably with one hand as he wipes a single tear from his eye while humming the national anthem.

What follows is an entire piece dedicated to a player who ‘does not have an ego to match his giant talent’ in which Irwin crowns him ‘Prince Harry, saviour of the nation’s hopes and a golden hero once again’.

Good lord. They’ll be asking us to kiss (a picture of) his boot next.

Neil salon
‘The World Cup, yet another World Cup, is about to pass England by.’

‘This is one of the leanest England squads in living memory, light on genuine world-class footballers and well short of the quality needed to go deep into a World Cup.’

‘This is one of England’s weakest squads in years, lacking big-game experience and the extra shot of quality needed to compete at the highest level’ – Neil Ashton, The Sun, March 28.

‘Nobody panicked, nobody caved in, nobody gave up. It was impressive stuff.’

‘This was a powerful Three Lions display, playing with their tails up after a spectacular year under Southgate.’

‘Everybody is jostling for places in this squad’ – Neil Ashton, The Sun, November 19.

Even Ben Chilwell is described as ‘outstanding’ and ‘excellent’. Perhaps calling players up from Leicester was never a problem?

Set-piece of cake
But the hottest take of all from Wembley comes from erstwhile England manager Sam Allardyce. What does the great man have to say for himself?

“I thought the closing down was exceptionally good which led to creating the better chances.”

“The test for me was the younger players, when they went 1-0 down, and they really overcame that test by being brave enough and Gareth putting the substitutions on that turned it in their favour in the end.”

“If we do have a major concern, we look at the World Cup, and we look at last night, even Gareth mentioned it in his interview: for all the great play we had, we scored off a long throw and a free-kick and if anything has to concern you – and that probably is the only concern at the minute – scoring, not creating chances, but scoring them, is a problem for us.”

Southgate did indeed mention it in his interview. He said: “Maybe we are not a new England, maybe we are the England we have always been: a goal from a long throw and a set play!” It was a joke.

But let’s actually look at England’s ‘major concern’: failing to score in open play. They scored nine of their 12 World Cup 2018 goals from set-pieces – the highest of any nation, breaking a record that stood since 1966. So Allardyce is right in mentioning that tournament. Fair play.

Did you miss that first half against Spain, Sam? If so, do catch up. It’s a bloody fun watch.

Hell, Jesse Lingard’s equaliser against Croatia was England’s first goal from a throw-in since May 2014. It’s hardly something they rely on in every match, is it?

The one thing it definitely is not is a ‘major concern’, particularly when raised by a manager who has pretty much built his entire coaching career on being excellent at set-pieces. Everton created the fewest chances from open play of any Premier League side last season. Who was their manager for most of that campaign again?

Next week: Pep Guardiola believes everyone passes too much, and Jurgen Klopp hits out at sides who press.

Pick that out
‘Jordan Pickford at it again with Croatia stars’ penalty habits written on his water bottle’ – The Sun.

‘Preparation is key! Jordan Pickford has list of Croatian penalty takers and their likely direction written on water bottle’ – MailOnline.

Are we going to be doing this every England game?

Headline of the day
‘Red Devils boss Mourinho as Marcus Rashford man hobbles off down tunnel’ – The Sun.

Time for talkSPORT to give their Photoshop expert a raise. pic.twitter.com/Arhkik19WV

Recommended reading of the day
Barney Ronay on England.