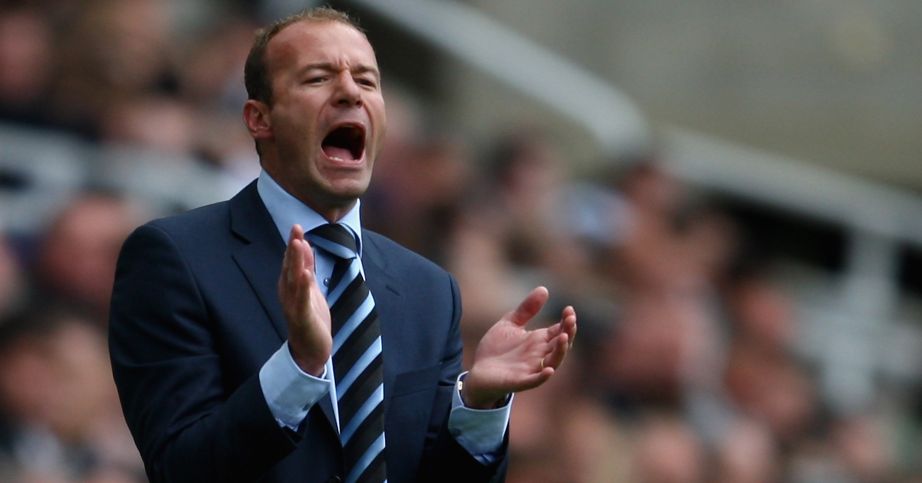 The players Chelsea manager Jose Mourinho has ‘lost’ to Italy, England head coach Roy Hodgson is ‘foolish’ for being confident and Phil Jagielka/Alex Oxlade-Chamberlain are incapable of impressing one man…

Play The Fool
In The Sun, Antony Kastrinakis labels Roy Hodgson ‘foolish’ for claiming that England can win Euro 2016. The confident b*stard.

‘To say that his England team can win Euro 2016 next summer in France was foolish. Watching the reigning champs dismantle Slovakia 2-0 in Group C made a mockery of Roy’s boast.’

2) Spain lost to Slovakia last October. Is beating them now really compelling evidence that Spain are back at their best?

3) Mediawatch suspects that Hodgson already knows that David Silva and Spain are quite handy. And he’s not even a ‘world football correspondent’.

4) Is someone still bitter about Hodgson’s record at Liverpool, Antony?

If Anything…
Oddly, Alan Shearer has used his column in Monday’s The Sun to write a preview of Manchester United vs Liverpool, more than five days before the match takes place.

Less surprising is the number of clichés Shearer manages to fit into one column. We’re impressed.

– ‘neither can afford to lose’

– ‘I wonder what sort of criticism David Moyes would…’

– ‘questions will start to be asked

Lose Yourself
‘Jose Mourinho to lose sixth Chelsea player to Serie A in January’ – Express.co.uk.

The phrase ‘to lose’ actually translates as ‘Fiorentina might be interested in’ (Kurt Zouma), someone who even the Express admit in the story will not be allowed to leave Chelsea.

However, it’s the other five players Chelsea have ‘lost’ to Serie A that most made Mediawatch laugh. Wallace, Nathaniel Chalobah, Juan Cuadrado, Mohamed Salah and Stipe Perice are the men in question.

So that’s five players who are only on loan in Italy then? At Chelsea’s behest. Mediawatch doubts that Jose is mourning his losses.

Long-Term Plan
“I am delighted to finally announce that David Robertson is our new first-team manager with Grant McCann joining him as assistant manager. They have both signed 3 year deals which I have no doubt will lead to 3 of the most successful years since I have become Chairman of the football club.

“Throughout the rigorous interview process with all potential candidates, the key for me was hearing people’s vision for not just the success of our first team, but recruitment ideas, scouting, coaching, fitness and injury prevention methods, pre-season plans and ultimately how far can a club like Peterborough United go in the Football League

“Hiring a great management team who genuinely care for the club top to bottom, work 24/7 to make it successful and who genuinely have a long term plan for it is what I ultimately wanted and what I feel I have now put in place. I ask our fantastic fan base to now fully support the new management team in place and give them the time and space to back their hard work up with results

“The new management team are well aware I yearn for winning a title, yearn for healthy cup runs, yearn for goals galore and ultimately to be entertained with the style of football we play. The club has invested nearly £200k in a new pitch for the upcoming season, one I’m told will be up there with the best of them and with our recruitment process well under way, I have no doubt success will follow and next season could and should indeed be one of our best yet” – Statement from Peterborough United chairman Darragh McAnthony in appointing David Robertson, May 22.

“I felt it was time to take action and make a change. It had become plain to see our young squad was under-performing and playing nowhere near their potential” – Statement from McAnthony in sacking Robertson, September 6.

“If any of my players are bit too sensitive to what’s been said, feel free to let me know anytime. Or, alternatively, just do your job!” – McAnthony, January 10.

“Every member of our first team squad is playing for their own futures and they are not naïve as to think I won’t oversee these changes in the summer” – McAnthony, April 7.

“Every member of our football squad is now playing for their own futures, careers and that of their team mates around them” – McAnthony, September 6.

Brugge Me
‘Two blistering goals against a Brugge side that would not even get out of the Championship’ – Wonderfully dismissive from Alan Shearer in The Sun, discussing why Memphis Depay has not yet impressed him.

Actual quotes from Walcott: “My target for this year is to stay fit for the whole season and judge me from then. I need to play well for Arsenal and if I can continue to do that I can get back in the team.”

Breaking: Football player wants to play football well (but doesn’t say he’ll be a star at the Euros).

Slight Difference Of Opinion #1
‘Brought back into the starting line-up to partner his Everton team-mate Stones, Jagielka did not do anything wrong and showed why he can still be worth a place in Hodgson’s Euro 2016 squad’ – Matt Law, Daily Telegraph.

‘Jagielka – Passed the ball well and won headers as and when required. Couldn’t really contribute any more’ – James Benge, Independent.

‘Jagielka – Shaky on the few occasions he was called upon’ – Dave Kidd, Daily Mirror.

Slight Difference Of Opinion #2
‘Chamberlain – Had too much pace for the San Marino defence and used it to good effect’ – Phil McNulty, BBC Sport.

‘Chamberlain – Terrible in the first half, but crossed for Barkley’s goal’ – Dave Kidd, Daily Mirror.

Unfortunate Spelling Mistake Of The Day
Caption on Skysports.com‘s Euro qualifier round-up: ‘Sejad Salihovic reduced the defecate against Czech Republic to bring the score to 2-1 as his striker was deflected past Petr Cech.

We heard it was a s**t finish.

Statement Of The Bleeding Obvious Of The Day
‘Wayne’s record in major tournaments hasn’t been what he would have wanted. In fact, he was probably at his most clinical in Euro 2004, when he burst onto the global stage as an 18-year-old’ – Glenn Hoddle, Daily Mail.

Five goals at Euro 2004, one goal in four tournaments since then. So yes, ‘probably’.

Headline Of The Day
‘The Welsh Drag On’ – Daily Mirror. Lovely.

Runner-Up: ‘Edamned United’ – The Sun. We’re not sorry for loving that.

Non-Football Story Of The Day
‘Bizarre footage has emerged showing a morbidly obese man wreaking havoc in a hotel in Asia. The man appears to be under the influence of alcohol as he stumbles around the corridors in his underwear. Police were called to the hotel and are seen in the video attempting to subdue the man as he shouts and cries incoherently.

‘When they finally restrain him, his super-sized frame is too heavy for them to handle – forcing them to wheel him out of the hotel on a luggage trolley. It took eight men to prise him off the trolley and load him into an ambulance – because he was too big for the police van.

‘Former TV news cameraman Ian Maclean caught the scene on film when he was visiting a friend at a hotel in the Philippines, south east Asia.

‘He said: “While we were in the room I heard a loud commotion – yelling, banging, dishes being smashed. I grabbed my video camera and ran down the hallway to investigate. I found a very large drunk guy in underwear, with local police trying to subdue him. He was wild and completely out of control, threatening the police.

“They called for back-up and struggled to get handcuffs on him because his wrists were so large'” – Daily Mirror.

Thanks to today’s Mediawatch spotter Jake May. If you spot something that belongs on this page, mail us at theeditor@football365.com, putting ‘Mediawatch’ in the subject field.