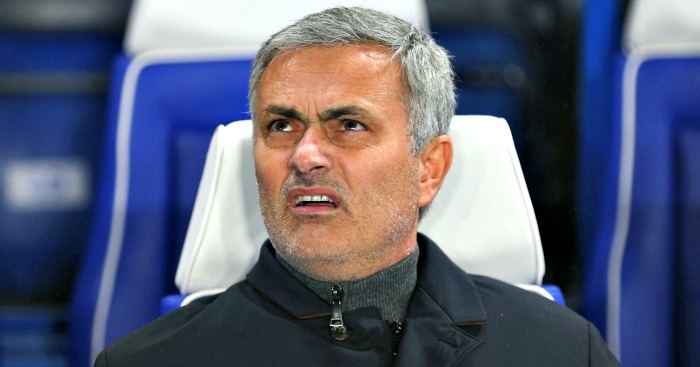 Somebody has this arse over tit
‘Louis van Gaal offered to leave Manchester United on Saturday – but was talked into staying’ – Neil Custis, The Sun.

‘Louis van Gaal offered to resign as the Manchester United manager on Saturday following the dismal home defeat by Southampton but Ed Woodward, the executive vice-chairman, persuaded him to discuss his future with his family’ – Jamie Jackson, the Guardian.

‘Louis van Gaal DIDN’T offer to resign following United’s shambolic Old Trafford defeat against Southampton on Saturday. The Dutchman did tender his resignation during the Reds’ dismal December when they were knocked out of the Champions League and lost three Premier League matches on the trot’ ’ – Stuart Mathieson, Manchester Evening News.

‘Manchester United boss Louis van Gaal did not offer to resign at the weekend, despite reports to the contrary. Sources have told BBC Sport no such conversation took place’ – BBC Sport.

‘Sky Sports News HQ understands that contrary to reports in some newspapers, the Dutchman did not offer to resign in the wake of the weekend loss’ – Sky Sports.

‘Manchester United manager Louis van Gaal to be told he is safe until end of the season by the board after returning from Holland’ – MailSport.

As an aside, The Sun claim their story as an ‘Old Trafford exclusive’. Which it isn’t.

C-c-called a U-turn
‘There is only one. A man who would walk barefoot to Old Trafford to assume the responsibility of restoring United to greatness just as Ferguson did after Busby,’ writes Steven Howard in The Sun. That man, in case you can’t guess, is Jose Mourinho.

Apropos of exactly that, Mediawatch has a quiz question for you.

Who wrote a piece last Thursday in which he described how this season has proved that ‘Jose Mourinho, Louis van Gaal and Jurgen Klopp can’t cope with Premier League’?

From ‘unable to cope with the Premier League’ to being ‘a man to assume the responsibility of restoring United to greatness’ in five days. It’s some going.

‘A result like that only builds belief for Liverpool and Jurgen Klopp epitomises that with his reactions.’

Liverpool are subsequently awarded a ‘D’, the same mark as the side they beat on Saturday, Norwich.

‘Chelsea will have a good end to the season and the thing about them is they will probably upset a few of the teams at the top of the table that still have to play them. Chelsea will enjoy that! They will definitely be up for those big games, as they were yesterday.’

Chelsea are awarded a ‘C’, the same mark as Manchester City. They beat Arsenal. Away.

‘When you are a promoted side, going away from home and getting a point cannot be sniffed at. It’s a good result for Bournemouth’

Bournemouth are awarded a ‘C’. Does Ashton know that the grades and comments are meant to bear some relation to one another?

Lewandowski to Liverpool: It’s on
‘Liverpool are interested in a £75million deal for Bayern Munich star Robert Lewandowski, according to reports,’ reads the first line of a Metro transfer report.’ Liverpool line up surprise £75m deal for incredible proven world superstar,’ is their typically understated headline.

‘The Reds have been linked with several big money forwards in recent days including Juventus’ Alvaro Morata and Alex Teixeira of Shakhtar Donetsk. And now the Liverpool Echo says they’re keen on signing Lewandowski.’

To the Echo then: ‘Some star names have been linked with moves in and out of Liverpool FC today, with Bayern Munich star Robert Lewandowski being touted as a potential signing.’ That hardly sounds nailed on.

Actually, the story the Echo are referring to was in the Daily Express on Monday evening.

‘Liverpool look set to lose out on Robert Lewandowski, according to reports,’ that story read. ‘United have been keeping tabs on the Pole, while the Reds have been tracking his progress with Jurgen Klopp keen to reunite with the Bayern Munich hit man. But according to The Sun, Real Madrid are plotting a £75million bid for Lewandowski.’

To The Sun, then. Mediawatch is getting a stitch.

‘The gripping slugfest between Bayern Munich and Real Madrid over Robert Lewandowski promises to be the biggest transfer battle of the summer,’ begins that Sun piece. The only thing better than a ‘gripping slugfest’ is a ‘slugging gripfest’.

The 20 worst signing from the last transfer window https://t.co/UBewNBDcEl pic.twitter.com/Bx0ZbEnOZU

1) It is a ballsy time to be touting Roberto Firmino as a worse signing than Papy Djilobodji.

‘Inutterably useless for almost all the season’

He only turned 20 on Monday, and has played 165 minutes in the Premier League. Steady on.

3) Manchester City’s Patrick Roberts, 18, is included. Are the Telegraph aware of buying for the future?

Sensitivity
‘If the Dutchman [Louis van Gaal] fancies a chat with the Samaritans just now he might find Rams boss Paul Clement, Richard Keogh and Jason Shackell are already on the line to them’ – The Sun.

Make your mind up
‘Petr Cech got a sneaky peek at Chelsea’s tactics and formation before the Sunday clash at Arsenal. The Gunners stopper returned to his old club last week to pick up some goalkeeping gloves, which had been delivered to the Blues by mistake’ – The Sun, January 26.

‘Kit giants adidas have been left red-faced after they sent a pair of custom-made goalkeeping gloves for Petr Cech to his old club Chelsea… When the Blues realised the error they arranged a special delivery straight to Arsenal’s training ground near St Albans where it was gratefully received by Cech’ – The Sun, January 21.

A wasted journey for Cech? Maybe that’s when he took the train like an actual person.

If you could define a man in one tweet…

Happy Anniversary Andy – 5 years after one of the biggest carve ups in tv history. I had to have a glass tonight! pic.twitter.com/s3BUyMyHpO

Needless to say, we all had the last laugh.

‘Let’s end where we started – with a word for Andy Gray. It gives (sic) years ago today that Sky sacked him. He left as a result of one of the greatest television carve-ups if (sic) all time. Happy Anniversary Andy. I’m proud to be your mate.

‘It’s been quite a journey back to the summit and I have to say not quite as our former employers would have wanted it and I know I have to tell the real story at some point.’

We know the real story, Richard. It was caught on film.

Inaccuracy of the day
‘Arsenal fans report Chelsea’s Diego Costa to FA for diving to get Per Mertesacker sent off’ – Metro.

You’ve confused ‘report’ – which sounds in some way official – with ‘tweet’ there, Jamie Sanderson.

Ask a simple question
‘Are Real Madrid set for Premier League supermarket sweep after transfer ban is delayed?’ – The Sun.

No. Because Real Madrid haven’t had their transfer ban delayed. The La Liga transfer window has just been extended by 24 hours to fall in line with the rest of Europe.

Quote of the day
“If I could take anybody for a drink in the pub it would be the Queen. I’m a royalist and admire what she represents, though I imagine she’s full of mischief” – Graeme Souness.

Glenn Billingham on the mind of Paolo di Canio.