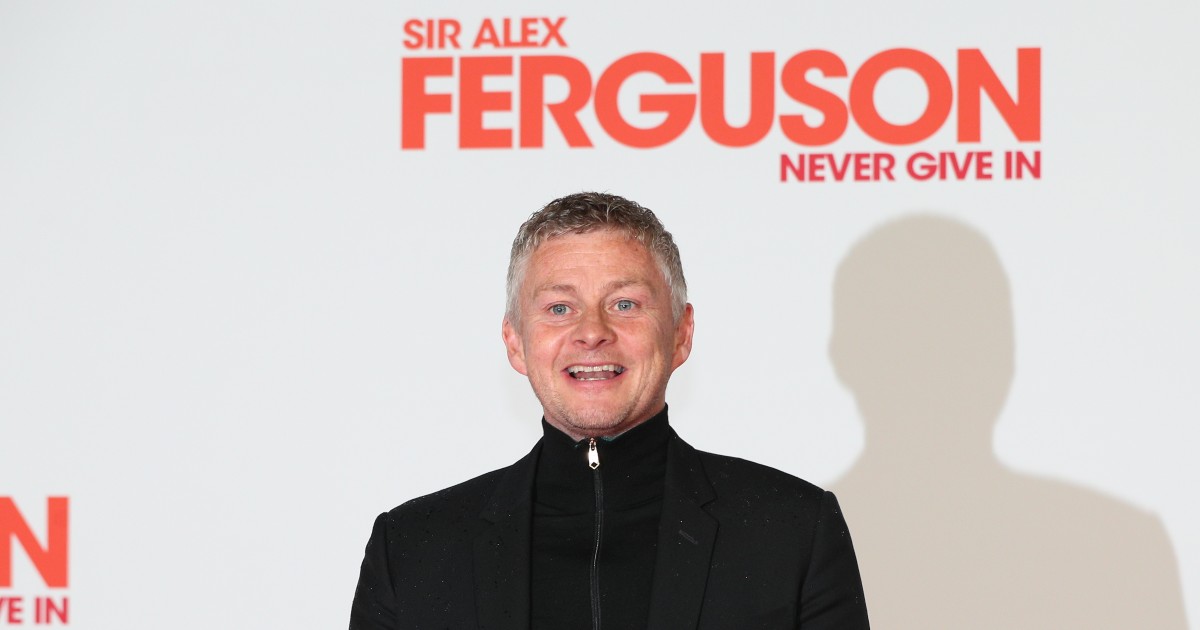 Sir Alex Ferguson gave Ole Gunnar Solskjaer a ‘poisoned chalice’ – which Manchester United have topped up with £400m worth of signings.

Sol searching
‘[Solskjaer] can take United back to somewhere near their glorious past under Ferguson’ – David McDonnell, Daily Mirror, March 27, 2020.

‘[Solskjaer] has revived an ailing club that had lost its way in the wake of Sir Alex Ferguson’s departure. Where David Moyes, Louis van Gaal and Mourinho failed, albeit with the latter two lifting trophies, Solskjaer has proved his understanding of United’s DNA. And the vision to make the team successful again’ – David McDonnell, Daily Mirror, July 28, 2020.

Life comes at you fast.

I don’t want to break these chains
The idea that ‘Ferguson and his formidable achievements have, in many ways, made the Old Trafford job a poisoned chalice, rather than a privilege, because it has become a thankless task trying to live up to his peerless success,’ is humorous.

How dreadful it must be to manage Cristiano Ronaldo, Bruno Fernandes, Paul Pogba, Raphael Varane, Edinson Cavani and David de Gea. How awful it must be to spend more than £400m in less than three years. How horrible it must be for everyone to expect slightly better than a 1-1 home draw against a depleted Everton, having lost your last Premier League match at home to Aston Villa and emerged with a remarkably fortunate Champions League win over Villarreal in between.

Who would be Manchester United manager?

What a ‘poisoned chalice’ and ‘thankless task’ it is when you can’t lose to Young Boys, get knocked out of the League Cup, finish 33 and 12 points behind the champions and spend more money than anyone without being criticised.

It feels like Ole Gunnar Solskjaer’s own limitations ‘underlined just how hard it is managing in the shadow of Manchester United’s greatest boss’ more than some throwaway comments from the bloke who has apparently left every one of his successors drinking from a ‘poisoned chalice’.

Luck of the draw
It is 342 days since Samuel Luckhurst wrote the following for the Manchester Evening News:

‘United’s midfield department has not been this imposing since they last hoisted the European Cup in 2008.’

In the time since, the only real change Manchester United have made to their midfield was to loan out Andreas Pereira in August. It turns out he was the key all along because this is the headline on the MEN now:

‘How Manchester United can solve their midfield dilemma.’

‘Manchester United have endured an indifferent start to the new season and much of their inconsistency stems from their lack of identity in the middle of the pitch,’ that article begins.

‘Across the opening 10 matches of the season, United have already used seven different partnerships in midfield, further adding to the inconsistency which has seen their form drop in recent matches,’ it continues, with three writers asked to ‘take a look at what they can do to fix their midfield right now’.

Nothing, surely? It was their most ‘imposing’ midfield since they won the Champions League less than a year ago. Or did a certain someone get a little ahead of themselves?

I’ve got the key
Perhaps Manchester United can work on their midfield away from prying eyes. Simon Stone of BBC Sport comes with news:

There is closed doors match for @ManUtd today. Phil Jones (and others) will be involved. Decision to be made over Marcus Rashford as still relatively early in return to contact training. Either way, points towards his involvement at Leicester, which is handy given other absences.

Run that through The Sun website‘s tabloid sensationalism machine and what do you get?

Ah yes, that famous synonym for a behind-closed-doors match is, of course a ‘secret’ game. Almost the entire 2020/21 Premier League season was played in ‘secret’, remember? And most Hungary matches.

Time for a full-scale investigation into who spilled such classified information to a BBC journalist. The daft sod.

That will do it. Sorry, Real Madrid. Unlucky, Paris Saint-Germain. Sucks to be you, Bayern Munich, Manchester United and every other club who thought they might have a chance of signing Erling Haaland, because Shaun Goater is going to have a word with his dad and convince him to join Manchester City in a way Guardiola simply cannot.

Not every player that leaves Arsenal is ‘another Serge Gnabry scenario’. But Mediawatch will happily scoff humble pie when Dinos Mavropanos, currently locked in a Bundesliga relegation battle with Stuttgart, becomes a regular starter for one of the best clubs in Europe.

We will take your word for it that ‘he seems to fit the mould of a centre-back Mikel Arteta is looking for’ but it should probably be pointed out that so do Ben White, Gabriel and fellow loanee William Saliba. Selling someone who hasn’t played for Arsenal since December 2019 seems a ‘risk’ worth taking in that situation.

Colour us shocked at an eight-cap international and Euro 2020 provisional squad member who last played for England in June being called up in October.

And one last thing
Can’t really be arsed to do the Jamie O’Hara stuff. Ignore it and it will go away. Read this instead.