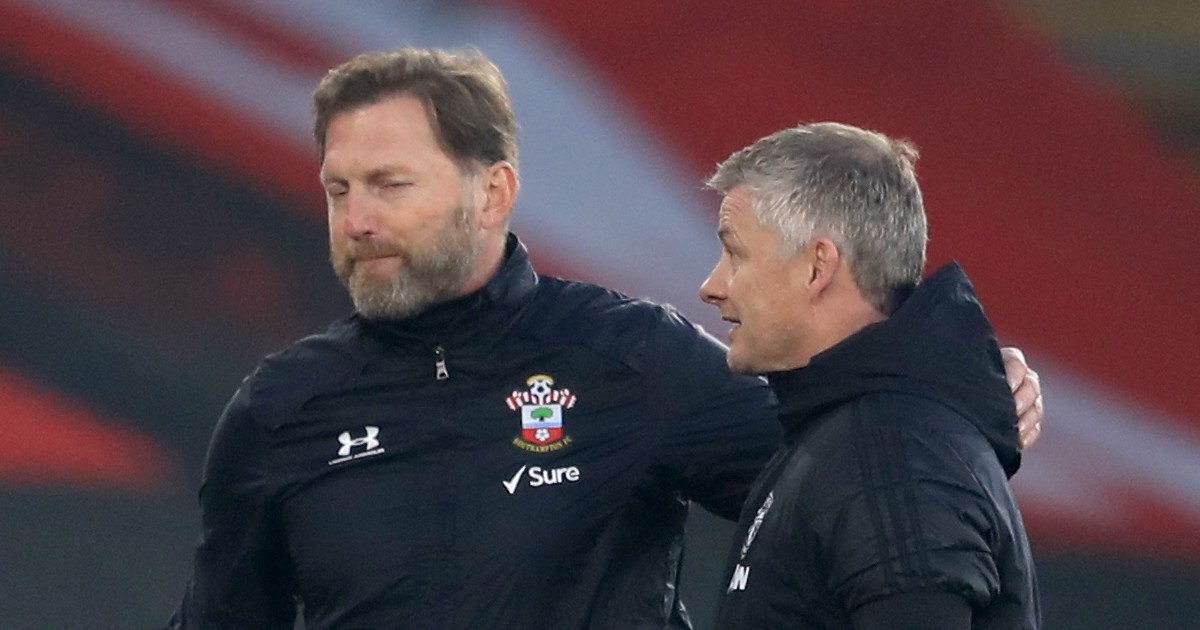 Sir Alex Ferguson must be proud of Ole Gunnar Solskjaer picking key players to start a dead rubber three days ahead of a huge league game.

MEN in black
It is an obvious byproduct of one person managing the same football club for 27-and-a-half years through the most successful period in its history, but there is a tendency to bring everything Manchester United do back to Sir Alex Ferguson.

The Manchester Evening News are particular proponents of this phenomenon. In one glorious example roughly a month into the interim reign of Ole Gunnar Solskjaer at Old Trafford, they reported that he ‘is doing what Sir Alex Ferguson did in January’ by embarking on a mid-season trip to Dubai.

Ferguson did that exactly once – as many times as David Moyes and Jose Mourinho after him.

Fast-forward to February 2021 and following a 0-0 Europa League second-leg draw with Real Sociedad that was far from newsworthy, the MEN head to that dependable click mine.

The ‘Sir Alex Ferguson tactic’ in question? Selecting a strong team. The fella was notorious for starting his absolute best players at home when 4-0 up in European ties. Couldn’t help himself. Bloody lived for it.

But no, Solskjaer was ‘ruthless, as Ferguson was, by selecting Bruno Fernandes and Aaron Wan-Bissaka’.

There is debate to be had as to whether that was indeed ‘ruthless’. Even if it was, in the year of our lord 2021 does everything really still have to be framed as a homage to a manager who retired seven years ago? Is it not possible to use the word ‘ruthless’ without including a reference to Ferguson?

‘The fact Solskjaer saw fit to remove both Fernandes and Wan-Bissaka at half-time, however, was evidence of a pre-hatched plan from the Norwegian. Harry Maguire, Luke Shaw and De Gea all rested on the bench, unused and not needed.

‘That, as well as the removal of Fred who had been yellow carded, felt rather like a Ferguson-type move in itself, even if Marcus Rashford’s introduction felt unnecessary.’

Because whenever you think of Sir Alex Ferguson it’s not swashbuckling counter-attacking, wonderful wing play, constant reinvention or masterful man-management that comes to mind. Nope. It’s playing two regular first-team starters for 45 minutes ahead of a crucial weekend league game against a direct rival when it wasn’t particularly needed and substituting someone who had already been cautioned with 45 minutes left to play at home with a four-goal cushion. Those are ‘Ferguson-type moves’. If you’re writing about a meaningless 0-0.

Floppy risk
Over at The Sun, Neil Custis manages to write his match report without pretending it had anything to do with Ferguson. Fair play, fella.

But Mediawatch has to question this line:

‘Ole Gunnar Solskjaer was taking no risks in his team selection.’

One might suggest he was taking too many risks by not properly resting Fernandes in particular. Each to their own.

‘Any hope La Real had of a fightback was extinguished when they missed a 12th-minute penalty.’

Yes, missing a 12th-minute penalty that would have given them 78 minutes to score three times without reply against a team that has lost by four goals twice in 128 games was a real killer. That’s where this tie was lost.

Scarlett fever
‘Dane Scarlett has been compared to Kylian Mbappe and Marcus Rashford – not bad when you have not even reached your 17th birthday’ – Tony Banks, Daily Mirror.

Jose Mourinho saying “I have been playing him from the sides, similar to Marcus Rashford” barely passes as an actual comparison but in the interests of fairness you can have it.

But under no circumstances are we letting the Mbappe one pass. There is a reason that is the only mention of him in the entire story: becoming the first 16-year-old since the Frenchman to assist a Europa League goal is precisely where the current similarities between Scarlett and one of the best players in world football start and end.

Peas in a Pard
Apropos of absolutely nothing, Alan Pardew was sacked by ADO Den Haag with a record of P8 W1 D3 L4 F6 A17 in his most recent managerial post. That was last March. Before then, he left West Brom in early 2018 after losing nine consecutive games as the Baggies were relegated to the Championship. In total, Pardew has won two of his last 30 Premier League matches and is unlikely to ever be given the opportunity to improve upon that.

In other news, Martin Samuel dedicates much of his Friday column in the Daily Mail to comparing Ralph Hasenhuttl with the current technical director of CSKA Sofia.

‘He is still considered to be doing a good job,’ he writes dismissively of the Saints manager. ‘He came 11th last season and it was viewed as an achievement.’

Well they finished 16th in 2018/19 after he took over a club in the relegation zone under Mark Hughes, so taking them five places higher on a relatively small budget probably was ‘an achievement’.

The problem, of course, is that he dares to be an Austrian person.

‘Imagine if he was English. Alan Pardew took Newcastle, a team that have more commonly spent seasons fighting relegation, to fifth in the league.’

And then down to 16th the following campaign. It was undoubtedly impressive to come fifth (in 2012) but are we really pretending Newcastle are ‘a team that have more commonly spent seasons fighting relegation’ than Southampton? It’s just patently not true, both in modern and historic terms.

But apparently Pardew is treated unjustly because ‘he did a little dance to celebrate his Crystal Palace team going ahead in an FA Cup final which they subsequently lost – to Manchester United, so no surprise really – and could never live it down’.

Yes, that was Pardew’s problem. He jigged a bit at Wembley and his coaching career proceeded to just collapse, completely outside his control. Nothing to do with his last two Premier League jobs ending with him being sacked in 17th by Palace and leaving West Brom when they were 20th and almost down anyway.

He and Hasenhuttl are pretty much one and the same, what with the latter crying after beating Liverpool last month.

‘If he was English, though, let’s just say that night in January would be viewed rather differently. He’d be a meme not a magician.’

If he was English he’d have been sodding knighted and appointed manager of the national team for life for beating the reigning Premier League champions.

Hasenhuttl is no ‘magician’ but only a fool would suggest he has not done a fine job in difficult circumstances. Pardew became ‘a meme’ because he did some silly things but also his style of management definitively stopped working. It boggles the mind as to how the two could possibly be compared.

Just how did talkSPORT get such a riveting exclusive from ‘Gers fan Michael’?! It is a mystery.