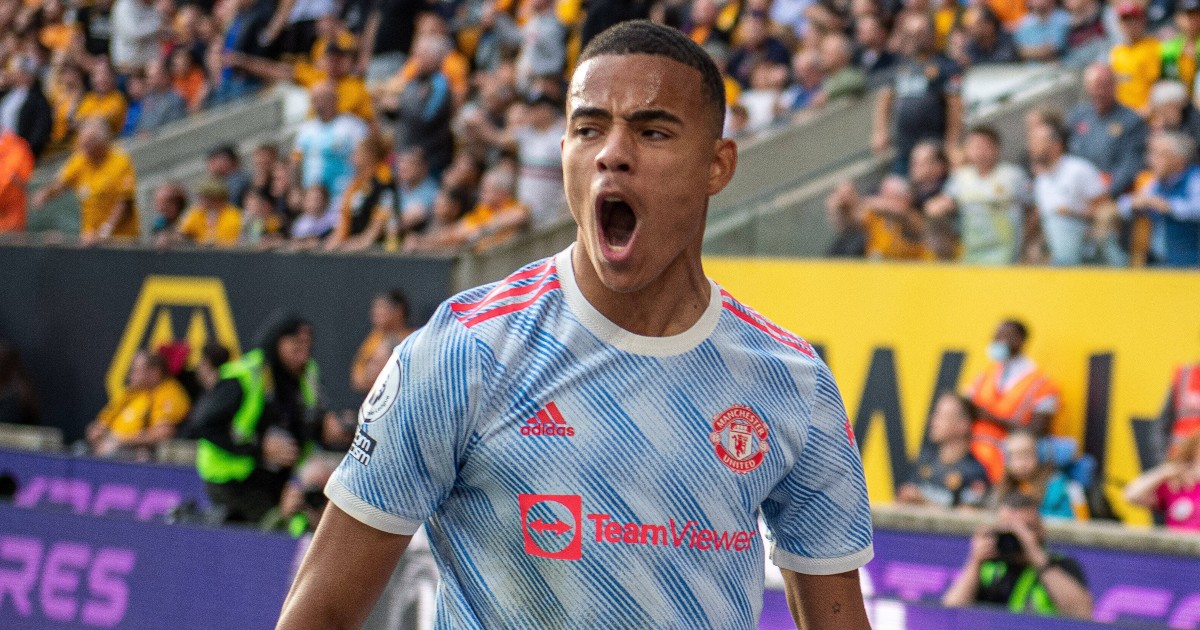 It is apparently ‘confusing’ that Gareth Southgate omitted Mason Greenwood from his squad. Pep Guardiola could copy his England tactics.

Journey South
Seven countries have played and won two games during the current international break. That list includes Belgium, who conceded twice against Estonia; Denmark, who only beat Scotland and the Faroe Islands 3-0 on aggregate; and Poland, who failed to keep a clean sheet against either Albania or San Marino.

France and Italy drew both of their matches but Mediawatch doubts any of these teams will face the same criticism as England for winning 4-0 twice in four days.

‘If Southgate were a Premier League manager, he would be expected to deliver the title with the players he has at his disposal.’

And Southgate as England manager is expected to win trophies with the players he has at his disposal. He has been explicit in saying so for a while, as have the players.

‘England would be among the title favourites if they were entered into the Premier League and should be judged accordingly.’

Five days ago, the Daily Telegraph published an article on 2022 World Cup betting odds in which England were listed as third favourites to win the tournament. It sounds like they are being judged about right and no-one really needs reminding.

‘The vast majority of these players would not be allowed to get away with second best or just reaching finals at club level and they do not want to with their national team.’

And literally no-one is suggesting they or Southgate should be ‘allowed to get away with second best or just reaching finals’. The expectation with England is that they win things. It always has been. The actual quality of the current group only adds to that.

‘Put in the simplest terms, if England were a Premier League team, anything less than winning would be a failure. We should push them to be the international equivalent of a City or Chelsea, not the country’s Tottenham Hotspur.’

Mediawatch can come to only one conclusion: it missed the meeting in which everyone decided England were Tottenham and should just be happy to make up the numbers. Thanks to Matt Law for setting us right and pointing out these players with experience of winning the Premier League, Champions League and various other trophies should be expected to do the same at international level.

Dazed and confused
One paragraph in Law’s piece is particularly bizarre and deserves its own platform:

‘Southgate cannot expect a free pass for the performance against Andorra, despite making 11 changes from the side that beat Hungary and the fact players were missing through injury. It was confusing that with all the talent in the country, players like Mason Greenwood, Harvey Barnes and James Ward-Prowse were watching from home while England had three right-backs on the pitch for more than an hour on Sunday.’

The ‘three right-backs’ line is a theme that runs through the national newspapers, as if it is a completely new phenomenon that Kieran Trippier can play at left-back and many see Trent Alexander-Arnold’s future in midfield, where Reece James also excelled on loan at Wigan.

Southgate has spoken on this subject before and wilfully ignoring that seems particularly weird for a journalist who goes to his press conferences.

But yes, how ‘confusing’ that Mason Greenwood was omitted. If only Southgate had said last week that “it’s clear on his performances he’d warrant being in the squad” but “the best thing for him after these first few games is to stay with his club.”

How ‘confusing’ that Harvey Barnes missed out. It’s as if he has only recently returned from a long-term knee injury that ruled him out of the end of last season and a possible Euros squad place.

There is a case to argue that James Ward-Prowse was overlooked but Southgate has capped him eight times so he has hardly been ostracised and better form for Southampton will likely see him called up again.

Southgate knows ‘he cannot expect a free pass’ at any point. But criticising him for trying to protect young players or those returning from serious injury does seem a tad harsh.

‘It was a mistake that only once, against the Czech Republic, Southgate dared to start Kane, Grealish and Sterling together during the Euros, but he accommodated all three players to great success against Hungary and the way forward looks set.’

Let it go. He took England to their first final in 55 years on the back of that ‘mistake’.

Pep talk
The funny thing is that ‘Pep Guardiola could copy Gareth Southgate tactic that would save Man City £150m transfer,’ if the Daily Mirror website is to be believed. Which is not recommended but hey, we’re here now.

What is this ‘tactic’ that Southgate has passed down to young apprentice Guardiola? As ever, there is bluster.

‘Sterling and Grealish repeatedly took on full-backs Bendeguz Bolla and Attila Giola and danced past their efforts easily.’

Ah, so this is from the Hungary game. No problem.

‘While they used their pace to breeze past in the wide areas, Mason Mount and Kane were pulling the central defenders and midfielders in all directions.

‘The intelligent movement of the Chelsea midfielder and England captain left the central players with the horrible choice of covering the full-backs and leaving Kane and Mount free to receive a cutback, or marking the two players, thus giving Sterling and Grealish a free route to goal.

‘Guardiola may not have Kane, but he does have Riyad Mahrez, Kevin De Bruyne, Ilkay Gundogan, and the mercurial Ferran Torres who has enjoyed a splendid start to the season.

‘All these players can drop in between the lines and pull defenders into positions they do not want to be in, to create the spaces for Grealish and Sterling to exploit.’

The Southgate ‘tactic’ is to play Grealish and Sterling as wingers with a mobile centre-forward between them? It is f**king genius. Guardiola’s cheque is presumably in the post – that’s £150m he’s just saved there.

Now that she’s back in the atmosphere
On the other side of Manchester, the Daily Mirror website also brings us this.

‘Paul Pogba has explained the way Cristiano Ronaldo has changed Manchester United’s dressing room atmosphere,’ is the first paragraph, which is just a fleshed-out version of the headline and does not fill Mediawatch with confidence that this will be particularly groundbreaking.

“It’s always a pleasure to play with the best, it’s a plus for the players to be able to train with a great player. He’s going to raise the level of the team. Everybody knows [what he brings]. He’s already a legend in this club and he’s coming back, so obviously it’s huge for us, for the club. He’s going to bring his experience, his quality and obviously when he comes the level [of the team] goes up.”

Not sure which bit relates to ‘Man Utd’s dressing room atmosphere’. And not sure how much Ronaldo could possibly have changed it already when everyone went on international duty pretty much a day or two after he arrived.

Flopped up
That dressing room needs turning around after this awful transfer, mind…

Does that ‘theory’ include a redefinition of the word ‘flopped’? Not sure a £15m signing scoring nine goals (including one in the Champions League) and assisting eight more in 53 starts, starting in FA Cup and League Cup semi-finals and netting in a Europa League final penalty shootout before being sold for £25m, can ever really be described as such.