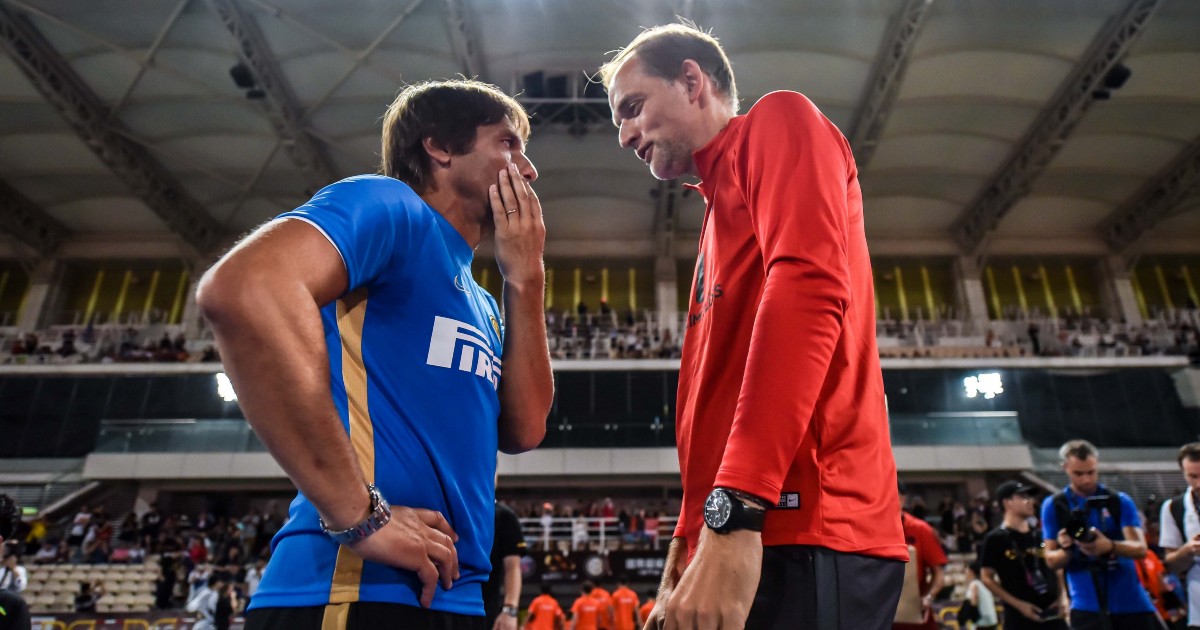 There is doubt as to whether former Premier League champion and regular Serie A title-winner Antonio Conte is a good appointment for Spurs.

Don’t mention the…
‘Antonio Conte will be given a £150million transfer war chest to revive Tottenham’ – Paul Jiggins, The Sun exclusive.

At harm’s length
The Daily Mail seem both conflicted over the upcoming appointment of Antonio Conte as Tottenham manager, and determined to dampen any expectation or excitement that might threaten to break out in that corner of north London.

It starts with Riath Al-Samarrai describing it as potentially Daniel Levy’s ‘latest act of self-harm’ as Tottenham ‘are dripping with petrol’.

‘Given the right conditions, Conte is good enough to work a miracle, but do those conditions really exist at Tottenham?’

Probably. They have the current Premier League Golden Boot holder, a forward in Heung-min Son who most clubs would covet, a World Cup-winning captain as goalkeeper and a squad littered with talent that is out of form and has been mismanaged.

Can the manager that took Chelsea from 10th to the title with Victor Moses as a regular starter really get a tune out of a team in 9th, five points off the Champions League places and with a victory over reigning champions Manchester City already this campaign? Tough one.

Al-Samarrai even points out that Conte, while supposedly difficult and volatile, has ‘proved to be worth it at every club’, and that ‘while he has never done his work on a shoestring’, his budgets are never excessive.

It truly sounds like a disaster waiting to happen.

Contract killer
Al-Samarrai also questions ‘the flimsy commitment of an 18-month contract’ – a theme Martin Samuel picks up and sprints towards the hills with on the opposite page.

‘So, whose idea was 18 months? Theirs? His? What chairman, if he could pull off a coup like securing Antonio Conte, would have him as good as working his notice the day he walks through the door?’

What an entirely sensible take it is to consider an 18-month contract to be ‘as good as working his notice the day he walks through the door’. A deal that will run until summer 2023, signed in November 2021? It’s basically a rolling weekly arrangement.

And as for ‘what chairman’ would do such a thing, Roman Abramovich has his hand up. He gave Thomas Tuchel an 18-month contract to take over at Chelsea in January. They won the Champions League by May. They are top of the Premier League table in November. And get this: he signed a contract extension in June. A novel concept but it is possible.

Yet Samuel continues to rage at the idea that ‘Conte could be a free agent in less than two seasons’, saying ‘either Conte doesn’t trust Tottenham to provide the financial support he needs, or they can’t trust Conte not to be disappointed by their plans and walk’.

He damns the ‘short-termism’, points out that ‘an 18-month contract gives them one full campaign with Conte at the helm, and then what?’ and adds that the appointment ‘screams passing through’. Then he questions why Conte does not want ‘to be attached to a longer-term project’, calls the Italian a ‘glorified, expensive interim’ and brands it a ‘short-term fix’ for Tottenham.

It all rather overlooks the fact that many mid-season appointments are initially on 18-month contracts before the situation can be properly reviewed by all parties at the end of the campaign or the deal. It worked for Tuchel at Chelsea, Mauricio Pochettino at Paris Saint-Germain and David Moyes at West Ham, to mention just a few. Two of the Premier League’s current top four appointed their current managers mid-season on 18-month contracts that were later renewed. It happens quite regularly.

‘Sources claimed that Tottenham were exploring the possibility of inserting a 12-month extension option into the deal.’

Samuel does allude to it – ‘There is talk of a one-year extension clause. That’s the least Tottenham should aim for’ – but only halfway through his article, at which point he presumably couldn’t be bothered to delete what he had written despite his very own newspaper rather undermining it. Fair play.

Costa fortune
Paul Jiggins has had his say on the ‘feisty Italian’ in The Sun:

‘Any coach would struggle to contain the irrepressible character of hot-headed striker Diego Costa.

‘Half Spanish, half-Brazilian Costa loved his food and a night out. He had a homemade nightclub in the conservatory of his Surrey mansion.

‘That and professional athleticism don’t mix and it ended in a scrap with Costa doing a bunk and Chelsea forced into a corner by Conte’s incendiary text to the player that he no longer figured in his plans.

‘A hasty move was arranged to Atletico Madrid and Chelsea lost big bucks on the one striker who seemed capable of filling the boots of legendary Didier Drogba.’

Remember when Chelsea ‘lost big bucks’ on Diego Costa, a player they signed for £32m and sold for £57m three-and-a-half years and two Premier League titles later when he was 29?

Still hurting from a love I lost
Also in that article:

‘Legendary strikers are not the problem at Spurs. Harry Kane is waiting and yearning to finally win something. His patience has been proven by the fact he did not leave Tottenham this summer.’

Ah, yes. Harry Kane is still at Tottenham because of *checks notes* his ‘patience’.

Don’t you know I’m human too?
And then there is this throwaway excerpt from another Jiggins piece in The Sun:

‘From the outside, the softly spoken Portuguese comes across as a quiet and nice fella.

‘But the reality is he is rude and distant, bordering almost on the arrogant.’

And the bloke who takes such random public pot-shots at someone he doesn’t know is a real charmer.

Riding through the city on my bike all day
Stan Collymore has even had his say in the Daily Mirror:

‘Nuno has respect in my part of the world because he took Wolves up and took points off top clubs.

‘The London-type fan’ clearly had a point and no amount of snide – a Mediawatch specialty – can undo that.

‘It would be difficult to be top four, but fifth, Kane scoring, clear of Arsenal, developing players, and Levy and Arsenal will be happy.’

Five points off fourth – and third – with 28 games left. That truly is an unassailable gap.

Conte’s peak
In the desperation to uncover every possible angle on such a big story, it is a matter of time until the internet finds a way to bring sex into the equation. Over to you, the Daily Star website:

Based on quotes that are almost two years old, of course, with a cursory mention of ‘WAGs’ and pictures of three of the Tottenham players’ partners. You truly are doing a valuable service, guys.

What a lovely thing for Aguero’s stunning wives and girlfriends to do.