Home Competitions Euro 2016 Mediawatch: Laptop gurus are back in vogue 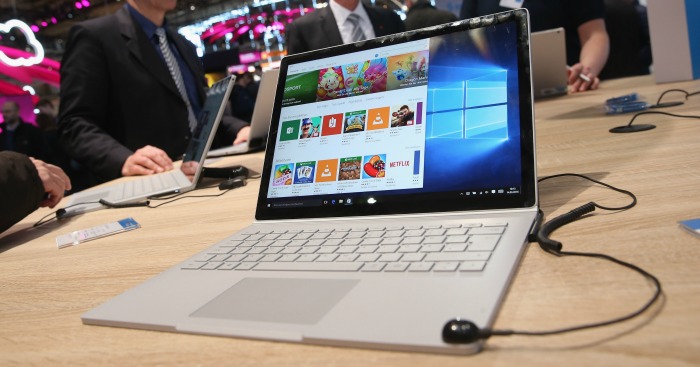 A few things on The Sun’s ‘exclusive’ back page:

1) It’s only a ‘gaffe’ because you employed a photographer with a long lens to take a picture of a pad of paper after training. The Daily Telegraph follow up with ‘a gaffe that will come as an embarrassment to Hodgson’. Oh come on.

2) Is the assumption that this is England’s starting XI against Russia not a bit hasty, given that these might just be notes on a training exercise? Barkley to start on the right?

3) On Monday, Neil Ashton wrote in The Sun about how Roy Hodgson had ordered a ‘seven-foot tarpaulin screening around the entire perimeter’ of the training ground’ because he was ‘concerned about opposition scouts snooping on their pre-game sessions in Chantilly’. Turns out The Sun would do the scouts’ work for them. Top work guys.

4) What did Adam Lallana do wrong?

5) When will people learn to spell Jack Wilshere’s name correctly?

Mediawatch generally feels sad about the restriction of access to clubs, players and managers. This sort of thing really doesn’t help.

And while we’re on that theme

Another masterpiece in putting a woman in the wrong from @dailymail. pic.twitter.com/9huyxMew9u

‘Each morning, when Liverpool’s principal owner John W Henry and director Michael Gordon wake up in Boston, their inboxes ping with emails from the club’s head of technical performance, Michael Edwards. After each Liverpool game Edwards emails analysis and data to the club’s owners in America, detailing where the match was won and lost. It has made for grim reading this season.

‘Edwards can tap away at a laptop and within seconds tell you how many assists the 24-year-old Turkish left back Eren Albayrak has made… The increasing influence of analysts, young men who have no experience of scouting or recruiting players, has meant the end of the road for good football men. Instead a new breed sits in air-conditioned offices, cutting up videos from matches all over the world and burying their heads in the stats’ – Neil Ashton, Daily Mail, October 6, 2015.

‘Each morning the players update an England app, designed and written by senior video technician Andy Scoulding, on their mobile phones. They are tailored to each individual, giving them advice on everything from nutrition to tactics to team shape.Overnight the data is downloaded after a team of analysts have studied the previous day’s training. This is a growing business which the Football Association, initiated through their head of performance Dave Reddin. He is dragging the national team into the 21st century… It is a training aid, a welcome addition in an era when everybody is talking about marginal gains’ – Neil Ashton, The Sun, June 8, 2016.

Ashton and the laptop gurus: A truly modern romance. Presumably Reddin is a Proper Fresh Air Man rather than one of those air conditioning w*nkers.

Sale of the century
To those not familiar with Charlie Sale’s ‘Sports agenda’ column in the Daily Mail, it occasionally verges towards the general formula of taking a trending story and unrelated topic and smashing them together to create faux-controversy. Today brings a wonderful example of the genre:

‘With all the tension in the England camp over Jamie Vardy’s move to Arsenal being unresolved, perhaps it wasn’t the best PR move for the FA’s new director of communications Amanda Docherty, formerly of Arsenal, to be photographed at England’s match against Portugal at Wembley sitting with Arsenal manager Arsene Wenger, running the rule over Vardy, and former Arsenal vice-chairman David Dein,’ Sale writes.

3) The ‘Vardy to Arsenal’ rumours came out on Friday night, 24 hours after England’s game with Portugal. If Docherty has a time machine, surely there are more pressing priorities.

‘England’s footballers have a varied selection of books laid on for them while they stay in Chantilly. They include Game of Thrones, The Secret Footballer and Nelson Mandela’s Long Walk to Freedom, as well as Lewis Hamilton’s autobiography. What is missing, however, is a former England football hero’s life story to match the Republic of Ireland’s Roy Keane book’ – Charlie Sale, Daily Mail.

Just as we were getting confident, this happens. Broken dreams.

‘Roy Hodgson orders Fort Knox-style security and 7ft tarpaulin screening at England’s training base to stop being spied on’ – The Sun, June 6.

‘Hodgson is so determined to keep his line-up secret he has ordered 12-foot screens around the perimeter of England’s already heavily secure training base’ – Daily Mail, June 8.

How tall are they going to be by July?

“If something is to happen, it’ll happen. I’m ambitious. My aim is to play in the best clubs, play the Champions League, win trophies. There haven’t been any offers, so I’ll be at Newcastle until the end of the season. After that, we’ll see” – Moussa Sissoko, December 2014.

“The transfer market is open, so things can happen any day, but I am focused on Newcastle. England is my priority. If Arsene Wenger calls, I’ll have a man-to-man ­discussion with him and then we’ll see. Arsenal has always been the club of my heart” – Sissoko, January 2015.

“I am not saying that I absolutely want to go or not. If it happens, it happens. I am at Newcastle and I will continue to work until one day I have the chance to play at a very big club. Nobody has called me” – Moussa Sissoko, February 2015.

“Look at those who play in my position: Blaise Matudi who did extraordinary things for PSG, Paul Pogba who is wonderful for Juventus, Yohan Cabaye who has just signed for Crystal Palace…Compared to me, they all play in big clubs. It could have been a good time to leave. There were discussions with Newcastle, but they were against me leaving” – Sissoko, September 2015.

“It is very flattering. Arsenal is one of the best European teams. To be watched by that sort of club, that proves that you are a quality player. “Everyone knows, I often said it when I was young, Arsenal is the club of my heart. The beautiful Arsenal. We will see. I cannot tell you if I am going to go to Arsenal” – Sissoko, June 2016.

Football’s coming home
Note to the Daily Telegraph: When No. 2 of your ‘13 reasons this is England’s year’ is ‘Leicester won the Premier League’, it’s probably best to shorten the list.

Only nine days after the final squads were announced (and everybody else did this story). Fine work.

The Sun have said some bad things, but this is the worst
‘Czech winger Karel Poborsky looked more like the fifth member of Led Zeppelin than a Manchester United star. Best mullet since Chris Waddle’s.’

That’s not a f**king mullet, it’s just someone with long hair.

Martin Samuel paragraphs of the day

‘Remember Gordon Brown’s Great Britain Day? That is what happens when a man tries to be something that he’s not. Brown proposed it, back in 2006, at a time when he was desperately seeking public approval, having deposed the only Labour leader to win three elections, Tony Blair.

‘About to get what he wanted, Brown was suddenly aware of the gulf between his instincts and those of the ordinary man. He wasn’t Blair, who naturally chimed with the public on a number of the biggest issues. Blair was genuinely Right wing on foreign policy, Right wing on law and order, too. Brown was much more the old Labour type. So he tried to give the British people what he thought they wanted. A crass, overweening day of nationalism.

‘Blair would never have come up with an idea as ill-conceived as Great Britain Day, because his populism was natural. Brown tried too hard. Whenever he made a clumsy grab for public affection, he came over like Alf Garnett’ – Martin Samuel, Daily Mail.

‘Exclusive’ of the day
‘Harry Kane will get himself up for the Euros – listening to The Prodigy…Kane, speaking on behalf of Beats by Dr Dre, has revealed who will be England’s DJ in France’ – Phil Cadden, The Sun.