Home Mediawatch Sun on Sterling, Collymore on Bielsa, Man Utd on Sancho and… 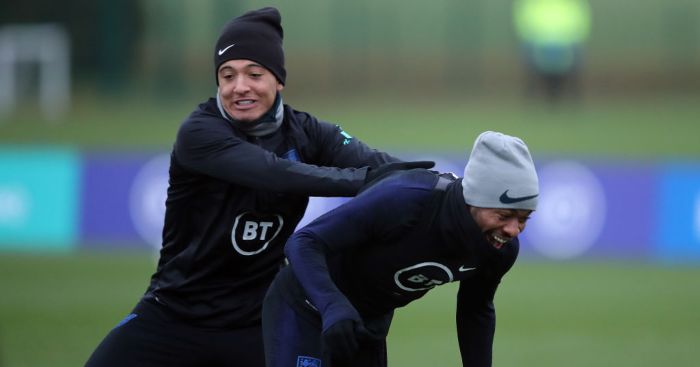 Little Englander of the day
The award goes to Stan Collymore for this absolute gem on Marcelo Bielsa:

‘He’d won three half-seasons in Argentina – two with Newell’s Old Boys and one with Velez Sarsfield in his younger days when he was making his name.

‘But I could probably rattle off 200 lower-league and non-League managers capable of pulling that off in just a few minutes if I put my mind to it.’

And Mediawatch could probably rattle off 200 better ways for the Daily Mirror to spend the money they reserve for you to write such b*llocks in your weekly column.

Biel or no Biel
Said column is, inexplicably, in praise of Bielsa. ‘My feeling was that he’d either be exceptional or excrement,’ he writes, ‘and two years in, he’s veering towards the former.’

The manager of the Championship winners with the biggest points advantage over second place since 2010 will be relieved to hear he is ‘veering towards’ being ‘exceptional’ rather than ‘excrement’. That will mean a lot coming from you, Stan.

‘I always felt his name ought to have had an asterisk by it whenever I saw him listed among the game’s great managers.’

Did you ever see him ‘listed among the game’s great managers’? Has anyone ever referred to him as anything other than an incredibly influential coach?

‘Bielsa had certainly never won anything of any note in Europe despite being with five clubs in Spain, Italy and France, he was just someone who’d influenced the world’s best managers.’

Well that’s alright then. Pep Guardiola once called him “the best coach in the world” and Mauricio Pochettino regards him as “one of the best managers,” but all he’s done is ‘influenced the world’s best managers’.

Collymore could probably rattle off 200 lower-league and non-League managers capable of pulling that off in just a few minutes if he put his mind to it.

‘I’d argue that doesn’t make you a great manager yourself, more a great teacher, so I really couldn’t see any tangible evidence to put him in that ‘best of the best ever’ category.’

A category no-one has ever seriously put him in. Glad we’ve cleared that up and reached a stage where everyone can admit Marcelo Bielsa falls somewhere between non-league manager and Sir Alex Ferguson.

Lethally blonde
If your reaction to the following video…

The boss has still got it 😎⚽️

…was anything other than mild appreciation for a former striker being able to kick a ball into an unguarded net from about ten yards under no pressure, then you might want to consider a future working for The Sun.

They watched on in awe as Ole Gunnar Solskjaer ‘proved he can still rattle the net lethally,’ which is the first time that phrase has ever and will ever be used.

But what did it all mean? There must have been some ulterior motive, besides producing prime content for social-media engagement numbers. Hell, ‘perhaps they were sending a long-distance hint to top transfer target Jadon Sancho when they posted a clip of Solskjaer’s three-touch strike in training’.

If Sancho wasn’t sure he wanted to move to Old Trafford before, a short clip of a 47-year-old man not quite finding the top corner a few yards out with no goalkeeper or defenders ought to do it.

‘RAHEEM STERLING should have been England’s captain when he scored their late winner in  Reykjavik on Saturday.

‘When Harry Kane was substituted, he blundered by handing the armband to Eric Dier instead of the Manchester City wideman.

‘But it did not matter.’

Glad we finally agree. Great to see the press coming round to the idea that the captaincy is often little more than a meaningless symbol and that boiling the entire concept of leadership down to who wears a particular piece of fabric on their arm at any one time is ridiculous. Great stuff.

‘Sterling could easily have stayed in Jamaica, where he had been partying with Usain Bolt, having finished City’s Champions League campaign just three weeks ago.

‘Yet he flew home in time to beat quarantine rules and make himself available for this Nations League opener.’

A reminder that he is writing for The Sun, who were responsible for this, this, this and this when it came to coverage of their favourite ‘footie idiot’.

Could you imagine their reaction if Sterling did stay in Jamaica? They considered it front-page news that he was there in the first place.

It is worth pointing out that Kidd was responsible for none of the terrible things written about Sterling over the past five years. Indeed, he writes that Sterling ‘copped a vast amount of flak, much of it over the top’ after Euro 2016.

But Mediawatch winced at the mere suggestion he ‘could easily have stayed in Jamaica’ instead of playing for England. They would have absolutely crucified him if he didn’t fly back to represent his country, and anyone pretending otherwise is a fool.

Three Lions = too reliant
Sami Mokbel does not make such fanciful statements in the Daily Mail, mainly because he is busy tying himself in unnecessary knots trying to prove that England are finally not solely reliant on Harry Kane.

‘No Harry Kane, no problem. Well, not quite, but England are finally proving they can cope without their talismanic captain.

‘That has not always been the case. The national team’s reliance on Kane is inescapable. Since the start of the 2018 World Cup, the Tottenham striker has scored 19 of England’s 61 goals.’

So less than a third of the overall total? It is only just over a quarter when you discount the 2018 World Cup and only look at the current major tournament cycle, which anyone not attempting to force a square point into a round newspaper column would.

Kane has 13 goals since the World Cup as the first-choice centre-forward. Sterling is on 11 and Marcus Rashford has six, with Sancho and Ross bloody Barkley among those contributing elsewhere. It doesn’t feel like we’ve been overly reliant on one player for a while.

‘How they won is neither here nor there – it never is when England play. And this was only the third time in three years that they had won a competitive game without Kane scoring.’

Since September 2017, England have beaten Slovakia, Sweden, Spain, Switzerland and now Iceland without Kane scoring. That’s five. And is also completely disregarding friendly wins over the Netherlands, Costa Rica, Switzerland and USA for no real reason.

He tends to play competitive games and is quite good so will more often than not score. That does not automatically equate to over-reliance, as him scoring no more than one-third of England’s recent goals attests.

The ‘agreement’ is that Manchester United and Borussia Dortmund ‘will adopt a ‘respectful manner’ in negotiations’ over Sancho. F**king hell. We preferred the ‘long-distance hints’.

Recommended reading of the day
Stefan Bienkowski on Kai Havertz.