Home Mediawatch Why have Chelsea spent £106m on someone they did ‘not’ want? 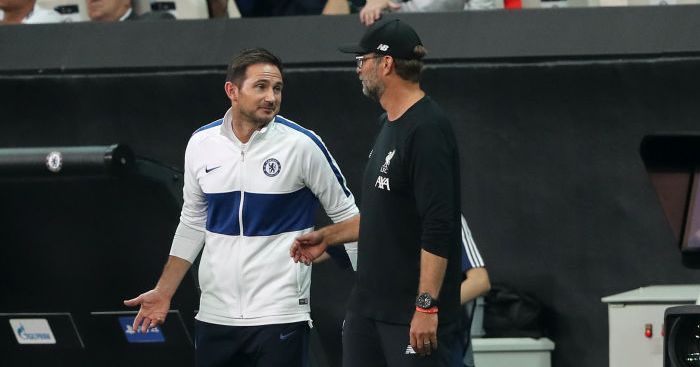 Expert ease
The best thing about Chelsea agreeing personal terms with Timo Werner is not only that roughly no-one expected it to happen, but that plenty of people were so very insistent he would either be joining Liverpool or staying at RB Leipzig this summer, with no other possible outcome.

Take ‘transfer expert’ Ian McGarry, for example. To use common transfer parlance, he is set to make a bit of a fool of himself, according to reports.

On the June 3 edition of the latest Transfer Window Podcast, he stated the following:

“It’s our information that Werner has, as we have been reporting for some time now on the Transfer Window Podcast, agreed personal terms and a contract with Liverpool, a five-year contract that will pay the player around £140,000 per week.”

Now Werner might have agreed a contract with Liverpool. Both parties certainly seemed keenly interested and, by all accounts, talks were held. But plans change and that is fair enough. No problem here.

Except he goes on.

“Now, it has been widely reported that Chelsea and Manchester United are interested in the player. Our information is that that’s not the case.”

“And the reason for that is that they believe and have been told by the player’s representatives that a deal is effectively done to Liverpool, and effectively they’d be wasting their time.”

Those who listened intently to this at the time must effectively feel the same way.

“Werner is a player that’s been watched by Chelsea, as we reported on the podcast a long time ago. He was quite extensively scouted, also, by Manchester United, but the problem is that Liverpool have control.”

Clearly. And now back to McGarry:

“There’s a phrase, Duncan, isn’t there? A common phrase in football where players, not the just one who’s moving, but his teammates, who obviously are party to that confidential conversation in the dressing room or et cetera, where they ask the questions, ‘Are you staying or are you going, and if so where are you going?’. And the phrase is: ‘He’s already a Liverpool player in his head.’

“My information is that that’s the case with Werner and Liverpool.”

Your information was wrong, no matter how many times you reference it.

“I think it’s no coincidence, Duncan, that Chelsea and Manchester United, the two clubs that have been cited and circulated as possible suitors…have in the last three days re-signed their two strikers, or you could say second-choice strikers: Olivier Giroud agreeing a new deal at Chelsea and obviously Odion Ighalo who we reported last week on the podcast was very close to signing at Manchester United, has now indeed signed until January.”

It turns out that was a bit of a coincidence.

“Now that tells you a lot, given that both clubs have first-choice strikers, in Chelsea’s case Tammy Abraham, and in Manchester United’s, Anthony Martial. These are the things that you look to in transfer stories, transfer information, with regards to the likelihood of any given deal going through, whether it’s one club or another, Duncan.”

How very sagacious of you. That is what separates the ‘transfer experts’ from us ordinary folk: looking at squad lists. McGarry presumably took one glance at Liverpool, saw first-team stop gaps in Roberto Firmino, Mo Salah and Sadio Mane and thought, ‘Yep, Werner to Anfield is nailed on but Chelsea won’t sign him because they have Tammy Abraham.’

“The first thing I always ask myself when a player is quoted for a club is, ‘OK, so where does he fit in?’. Now there’s no doubt in my mind that Werner would fit in in any club in England, but when you spend a lot of money renewing contracts for players who are over 30, to be second-choice strikers, and you’ve already got a first-choice striker, you’re effectively saying, you know, ‘We’re out of this, we’re not in the market for that player, because we know he’s going somewhere else.'”

Spoiler: Chelsea weren’t effectively saying anything of the sort.

By this point, it feels a little cruel to carry on and benefit from the harsh glare of hindsight. But it is also quite fun and Castles practically – sorry, effectively – challenges us to.

“[United] have decided that Ighalo will do as cover for the centre-forward position until January, which indicates that they want to save money to spend elsewhere, and I think it’s exactly the same story with Chelsea. There’s no way Olivier Giroud is Frank Lampard’s preferred option in that position. They had tried to do other deals: Dries Mertens was obviously one of the significant targets there. But I think a compromise has been agreed and money saved with this uncertainty over where revenues will be for next season, where budgets will be for the next summer transfer window, and priorities placed on other positions.”

This ‘expert’ insight on Chelsea “not” wanting Werner because they’d be “effectively wasting their time” and didn’t need another striker while Liverpool were in “control” was brought to us on June 3. Quite a lot changed in the day and a bit since.

Not if you are The Sun and you pick and choose when to include wages in the overall price despite that never really being a thing for a variety of reasons.

‘Chelsea are on the brink of a stunning £106million deal to sign Timo Werner,’ reads the first paragraph, with that figure proudly adorning their back page.

The remaining £52m is, of course, equivalent to his £200,000-a-week wages over a five-year contract. Which is fine if you ignore any pay rises and bonuses he might earn in half a decade.

It all takes us back to when Manchester United signed Alvaro Morata for £180m. Remember that?

‘Joe Gomez says he feels blessed to be part of something special at Liverpool, but promised fans there is more to come.

‘Incredibly, the England centre-half, 23, has completed five years at the club, making him one of the longest-serving players in the title-chasing squad.’

‘Incredibly’? David McDonnell of the Daily Mirror is easily impressed.

Not only is it based on the words of Duncan Castles, but at no stage does he ever say Kieran Tierney “could” be sold, just that “in these circumstances a deal would be viable for Leicester” if Arsenal want to raise funds. Learn how to use quote marks, Joe Williams (although it was our most-read story at 11.30 on Friday so love you x)