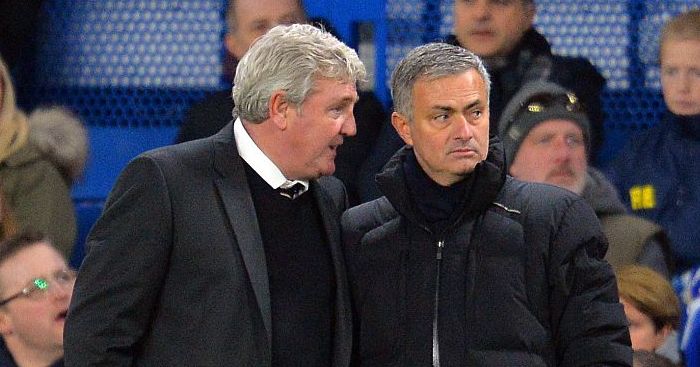 Tottenham and Newcastle (and Leicester and Burnley) are both part of a ‘protetionist cartel’ and ‘terrified’ of themselves.

Horse before the cartel
While Tuesday brought a fine example of the clash between print and online media, the wait for an even better case in point was not long coming.

While the MailOnline lead their website with the genre-defining news that Arsenal Fan TV have parted with one of their pundits for calling Heung-min Son “DVD”, they have buried Martin Samuel’s latest column pretty low on the football homepage.

It is, of course, given quite the platform in the newspaper. And all Mediawatch will do is present the online headline (almost) without comment.

Burnley. Leicester. Newcastle. All some of ‘the richest clubs’. All part of ‘a protectionist cartel’. Sounds legit.

‘They did not waste time, the cartel. Within hours of the Court of Arbitration announcement, there was a remote scrambling of Manchester City’s elite rivals and a discussion about the next plan of action.

‘This is not over. There is still a Premier League investigation into City ongoing.

‘There is still the chance to pressure and influence those proceedings, as was attempted with UEFA’s case, when nine leading Premier League clubs – Arsenal, Manchester United, Liverpool, Tottenham, Chelsea, Leicester, Wolves, Newcastle and Burnley – wrote to CAS on March 9 to argue City should be excluded from Europe while their appeal was heard. They hadn’t a clue.’

And here are his final three:

‘Newcastle, Wolves, Tottenham, Everton, Leicester, Leeds, Sunderland, Aston Villa — there is no room for them at this table. And the fact one or more might even hope or begin to emulate City is what terrifies the cabal.

‘Arsenal, with all their advantages, are ninth, Manchester United still outside the top four. If they do not qualify for the Champions League next season £25m of their deal with adidas is lost.

‘Damn right they have a vested interest in finding ways to bar City, or any new challenger. The richest clubs are operating, ever more nakedly, as a protectionist cartel. And that’s what is bad for football.’

One question: how are Newcastle and Tottenham simultaneously part of the ‘cartel’ and ‘what terrifies the cabal’?

Canaries down the mine
Mediawatch does quite like the idea of Samuel sticking up for poor, put-upon and free-spending Manchester City on Wednesday, 24 hours after calling out frugal Norwich for not treating £40m parachute payments for relegated clubs like a bloody gift voucher.

What’s hot? Clubs spending however much they bloody well like with no financial, moral or legal implications.

What’s not? Clubs trying to live within their means and protect their long-term future. And ra…no.

‘Having twisted, turned, huffed, puffed, preened and pranced around the Norwich penalty area, veteran Giroud found that simply falling over into the path of an exquisite cross and sticking his perfectly-coiffured head out was most effective.’

What a peculiar paragraph. You can definitely imagine Harry Kane being referred to as having ‘preened and pranced around’ before scoring the winner with his ‘perfectly-coiffured head’, can’t you?

Hits back soreness
Mesut Ozil is currently only a footballer in theoretical concept. He has not played for ages and Mikel Arteta is frankly bored of being asked why.

Well The Sun have an update for us on Wednesday.

This sounds juicy. Has he called him Captain Black from the Thunderbirds and demanded more opportunities? Let’s find out.

‘MESUT OZIL has aimed a sly dig at boss Mikel Arteta by declaring he is fit and raring to go.’

See, that’s already been downgraded. ‘Sly dig’ is nowhere near as fun as ‘hits back’.

But we have ventured this far so will persist. How has Ozil ‘defied his manager on Twitter’? With this post:

You might want to get that burn checked out as soon as possible, Mikel.

Cheeky blunt
How do the Daily Mirror treat such a compelling, noteworthy story?

By sticking it top of their website with a headline leading on Ozil’s ‘blunt message to Arteta’. Obviously.

Sol searching
Over at ESPN, they carry quotes from Ole Gunnar Solskjaer’s most recent press conference.

Have we missed something? Or does sitting fifth and 34 points behind the newly-crowned champions really qualify as a ‘return to top table’ now?

Who else assumed they’d be f**king ecstatic? Silly us.

Is he ready to swoop or just eyeing a move?

Least surprising revelation of this or any other day
‘JOSE MOURINHO has revealed his all-time XI of players he has managed – with NO Manchester United stars selected’ – The Sun.

You mean Phil Jones wasn’t picked?! You’ll be telling us no Tottenham players made it next.

According to Didi Hamann.

Recommended reading of the day
Jack Rathborn on Frank Lampard and Chelsea.