Chelsea will be sad to learn of Liverpool and United's 'shock' deals. Until they realise where they've come from... 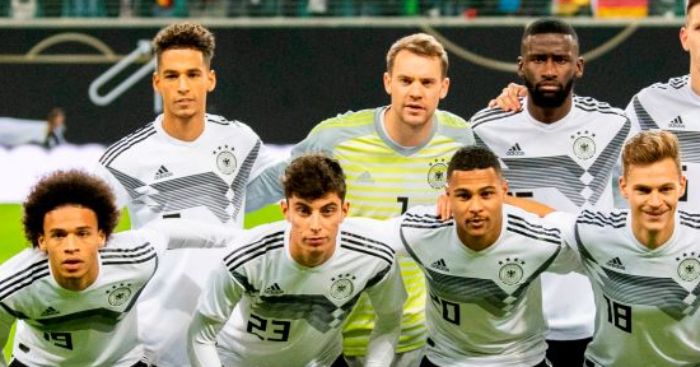 Chelsea will be sad to learn of Liverpool and Manchester United’s ‘shock’ deals. Until they realise where they’ve come from…

C-c-called a U-turn
The good news: Neil Custis is back.

The bad news: Neil Custis is still pretending he has his finger on the pulse of the dead horse he continues to flog.

Jadon Sancho is now ‘faced with the dilemma of putting in a transfer request or demanding to leave’. And a ‘dilemma’ involving two solutions that essentially amount to the exact same thing is never fun.

‘The German club have appointed an agent as an intermediary to negotiate with United and have rejected their offer of £70million rising to £110m based on honours and appearances.’

Remember when Manchester United ‘forced the Germans into accepting staggered payments, with £70m up front’? We do. It was eight days ago.

‘Sancho’s representatives have also snubbed United’s contract bid. They are offering around £220,000 a week, with Sancho’s side understood to be wanting nearer £250,000 a week.’

Remember when it was reported that ‘Sancho will sign a four-year, £220,000-a-week deal, with the option on the club’s side of extending it by a further year’? We do. It was eight days ago.

The wait for an explanation goes on.

Havertz locker
Quite why Manchester United are investing so much time into signing Sancho is a mystery. After all, an alternative has been identified. No, not that one. Or that one.

The Daily Mirror website has the absolute latest on how ‘Man Utd could hijack Chelsea’s Havertz transfer if Sancho chase is frustrated’.

That sounds proper. There are no random quote marks in the headline. Is this their own information?

‘Manchester United could reportedly hijack Chelsea’s transfer bid to sign Kai Havertz if they cannot get a deal done for Jadon Sancho.’

‘And while United have not given up hope of signing Sancho, if they continue to be frustrated they could turn instead to Havertz, according to the Manchester Evening News.’

Well at least they’ve linked to the original source. To the Luckhurst mobile!

Except it’s actually Richard Fay who has been tasked with writing a feature on ‘Six Jadon Sancho alternatives for Manchester United to consider after transfer update’. It’s a speculative opinion piece. But put it through the Mirror’s click machine and you have a lovely little transfer story based on sod all.

Shock treatment
Then you see the Daily Express website‘s headline:

And cry a little inside.

See? All the greats are saying it. And they are each linking to this brief line in a Mundo Deportivo live transfer blog.

‘The central Antonio Rüdiger could have the hours counted at Chelsea and one of the teams that has shown the most interest in taking over his services is Liverpool, which is still looking for a central after Lovren’s departure to Zenit.’

So at least it’s come from somewhere. Which is all well and good until you realise that somewhere is likely the mistranslation of The Sun‘s own story on Sunday morning, in which it was suggested that Chelsea want to sign Liverpool target Ben White ‘and ditch Antonio Rudiger in the process’.

Mundo pick that up, get the wrong end of the stick – the clue is in the fact they buried it in a live transfer blog instead of doing an actual story on it, which they surely would if it was an exclusive – and everyone wilfully laps it up without once questioning it because they can just point the finger elsewhere. Textbook.

To explain, there was an English report which stated Chelsea were going to hijack a Liverpool move for Ben White, which also claimed Rudiger could leave, and then it all got a bit confused when covered elsewhere.

To be Frank
What is the biggest story in all of football as of Wednesday lunchtime, the same day the Champions League quarter-finals kick off, the Sancho transfer story rumbles on and so soon after Wolves were knocked out of the Europa League?

The Sun have put the answer atop their website:

But how many DAYS after?

‘Lampard even launched himself off a diving board and into the sea as Christine watched on in a white sundress.’

Whatever next? Don’t tell us he sunbathed, too?

There is a difference between ‘finally’ naming your child and ‘finally’ confirming their name to a public and media that has no divine right to know it. Stop being weird.

A quick question
With the Daily Mail’s exclusive that ‘the FA have abandoned plans’ for the Community Shield to be used as ‘a test event’ for the safe return of fans, and the second mention of ‘the Liverpool versus Arsenal match at Wembley, is it time to ask what The Sun were ever on about with this story?

Particularly when they rehash that Mail story to tell us ‘ARSENAL and Liverpool fans will reportedly not be allowed into Wembley for the Community Shield.’

Why would Liverpool fans be allowed to a game when the team’s participation ‘is surrounded in mystery’?

Because now they might be able to sign him next summer if he wants to join and they can afford it.

Recommended reading of the day
Rory Smith on Atalanta.