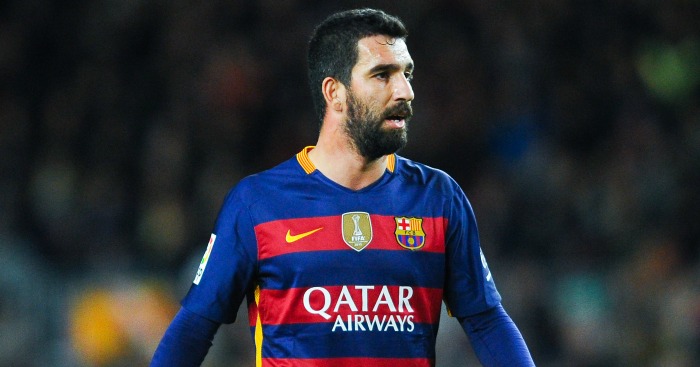 When the bell tolls
Mediawatch isn’t saying that The Sun‘s Steven Howard has gone in too hard on England’s defeat in a friendly, but… Oh just judge it for yourself. They don’t call him Chief Grumpypants for nothing.

‘TWO weddings and a funeral,’ Howard begins. Yes he said ‘funeral’. He’ll do it again soon.

‘A funeral not in Berlin but back home at Wembley. In no time at all the football world has turned on its axis.’

So that’s what that noise was in the night. Figures.

‘But what now of us and Hodgson and his players? Well, it should never really surprise us. As soon as we build up any England team it all comes crashing down. Except this was pretty spectacular even by our standards. It only lasted three days.’

At least we’re all staying level-headed.

Wake up boo
Not to be outdone, the Daily Mirror’s Mike Walters continues the death analogies:

‘The 100th goal of Hodgson’s era should have been the cue for a knees-up, but England turned their party into a wake.’

Can everyone stop losing their f*cking minds?

Men of the match
The Daily Telegraph had their bases covered at Wembley last night. Their website has pieces from Sam Wallace, Paul Hayward, Jason Burt, Alan Smith and Matt Law. Pity the poor sap sorting out the expenses.

Smith’s remit is a piece on the game’s talking points, including a selection for Man of the Match:

‘Ross Barkley – It was not an easy brief, stepping into a similar role to the one Dele Alli sensationally filled against Germany last week. All things considered, though, Ross Barkley did well.’

Three inches down the webpage, and we have Matt Law’s match ratings. ‘Man of the match’ Ross Barkley is awarded 7/10. Jamie Vardy is awarded 8/10.

Two points from eight games
On Tuesday afternoon, Harry Redknapp lost his second (and last) game as manager of Jordan, a 5-1 defeat to Australia. After the game, Harry relieved himself of responsibility as only he can.

“I’ve enjoyed it apart from today. No one enjoys standing on the touchline getting well beat,” Redknapp said.

“The players are the players, I can’t suddenly bring in Ronaldo. It is what it is. They tried their best but they were beaten by a better team.”

Mediawatch feels a duty to point out that Jordan actually played Australia in October last year. They won 2-0.

Slight difference of opinion
‘The Rooney issue is uniquely thorny this time, because there is not the option of dropping him back into an attacking midfield. Kane looks the best natural No 9 and Vardy is irrepressible. If this is a meritocracy, Rooney will have to fight to get back in’ – Paul Hayward, Daily Telegraph.

‘A wasteful home defeat will only reinforce Hodgson’s loyalty to the tried and trusted. If Rooney’s place looked vulnerable at the weekend, he is back in business now’ – Mike Walters, Daily Mirror.

‘Back in business’ or ‘a fight to get back in’. Glad that’s clear.

Said the Daily Telegraph: ‘It’s not clear whether the denigration was inadvertent or intended, but if the latter then perhaps Gunners fans can see the swipe as something of a back-handed compliment.’

Set in Stones
‘John Stones is the missing piece in the England jigsaw; the one who can make this emerging new picture complete. If the 21-year-old starts in central defence against Holland at Wembley Stadium on Tuesday evening, it must be hoped that, above everyone else in an England shirt, he delivers a convincing performance.

‘If Stones does that then England have that exciting, progressive spine to their team for – quite possibly – the next decade. That is no exaggeration. But even if Stones does not do well then Roy Hodgson should stick with him for the Euros this summer. He has to be given his head; he has to be in the team’ – Jason Burt, Daily Telegraph, March 29.

‘Maybe this was a reality check after the euphoria of the weekend but it depends what you want to take from this encounter. Maybe, above all, it depends upon your stance on John Stones. Stones seemed to bear the brunt of the blame in the public eye. The brutal assessment seemed to be what is the point of having a defender who can do a Cruyff turn if he cannot also help keep a clean sheet? It is a harsh conclusion but this debate will continue’ – Jason Burt, Daily Telegraph, March 30.

You have to sympathise with such an immediate setback. Still, ‘he has to be in the team’.

Can’t see Sherwood for the trees
“I’m shocked that you give a manager a job in a very difficult situation, which he hasn’t put the club in, and then you give him that little time to solve it? They should have done their due diligence and got it right back then. Tim Sherwood was well capable of getting Aston Villa out of trouble” – Peter Schmeichel, Sky Sports News HQ.

If Sherwood was ‘well capable’, it might have been a good idea for him to show it before he got sacked. Taking four points from ten matches is unusual evidence for a capability to take a club out of trouble.

Football ‘story’ of the day
Jesse Lingard went to a zoo – MailOnline.

Metro headline of the day

All very well hating on Chelsea for stockpiling players, but this is a bloody bargain for the job lot. pic.twitter.com/xUtt7GxSNo

Worst headline of the day
‘A century of goals under Roy but we are far from ton-derful’ – Daily Mirror. Urgh.

Recommended reading of the day
Swiss Ramble on Leicester City