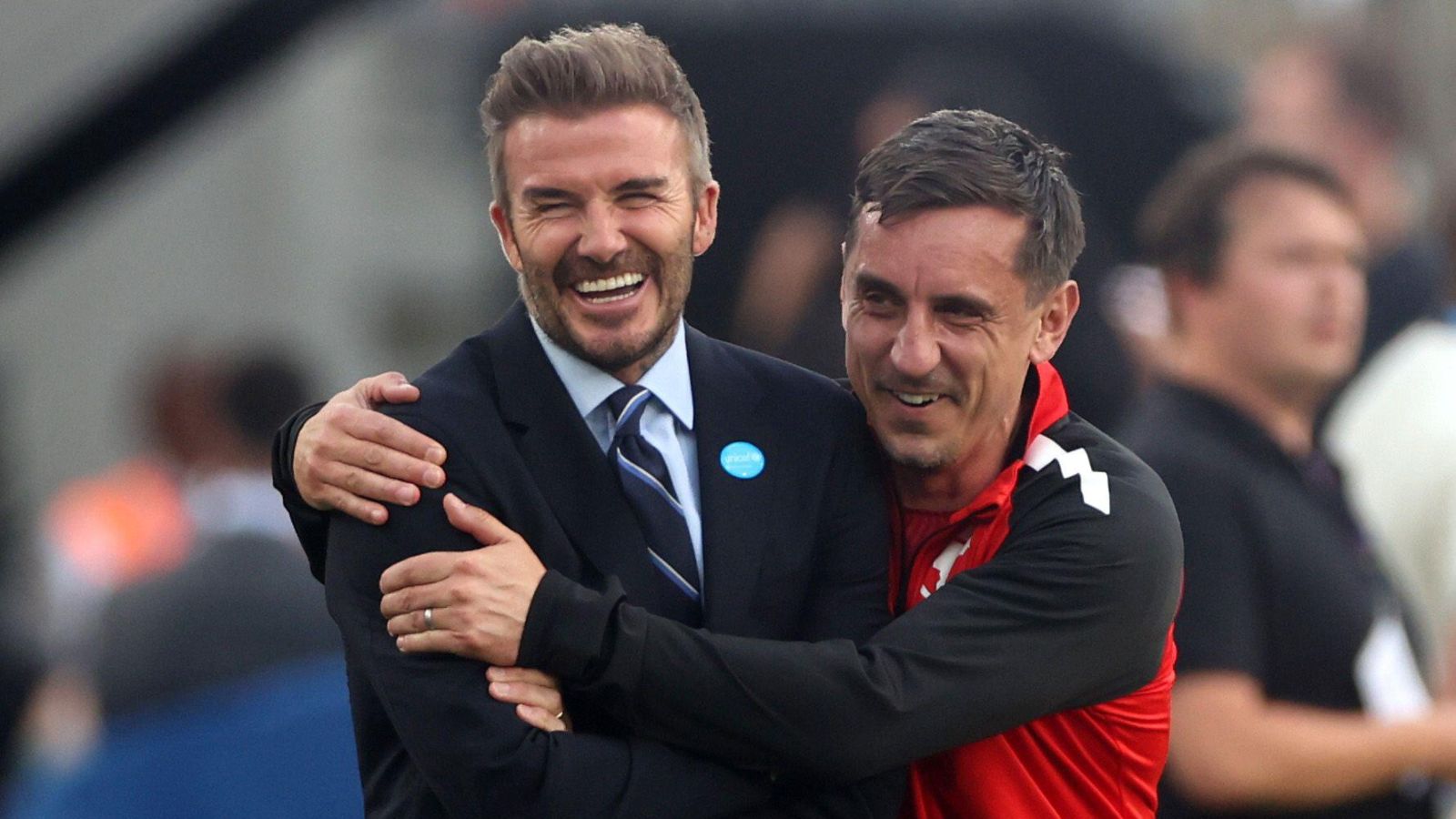 If you thought Gareth Southgate was the mastermind behind an England success engineered by Jude Bellingham and friends, you forgot about David Beckham.

Pound Sterling
Is there a particular reason the Daily Mail deem it necessary to refer to Raheem Sterling’s ‘£6million mansion’ or The Sun feel obliged to describe how ‘£300,000 worth of watches and designer jewellery’ was stolen from said property? Especially in this case, with a father of three thousands of miles away when he and his partner’s home was targeted in such a way, why is the value of such commodities given first or second paragraph precedence over everything else?

And yes, it absolutely is possible to write about this story without placing such crass emphasis on the monetary aspect of a delicate situation. The Daily Mirror manage it impeccably, for example, never once mentioning how much his house or belongings cost. But then they never hounded ‘obscene’ Sterling for buying his mum a house, flying with easyJet or honouring his dead father with a tattoo.

When good neighbours become good friends
The MailOnline quote ‘a neighbour’ as saying the following:

“I came back from an overnight flight on Saturday night just after 9pm and the police were outside. The estate WhatsApp group lit up and we all knew very quick it was a break-in and thankfully no one was hurt.

“I’ve only seen him once walking his dogs, but I’ve seen the family and they are very young. I do feel desperately sorry for them as they have only just moved in.

“It’s a pittance a month for the security and all the people on the chat know that Raheem’s family haven’t been signed up to the security.”

That WhatsApp group sounds lovely. Glad to hear Sterling and his family have the support of such a loving community at this difficult time.

Dart failure
To keep rolling this edition of Mediawatch back about six years, here is Dave Kidd of The Sun remembering the ‘farce’ that England used to be before Gareth Southgate:

‘And at Euro 2016, with Neville raging against the press, players forbidden from even talking about an in-house darts tournament and Hodgson going on a boat trip rather than watching England’s next opponents.’

Is there a single thing tabloid journalists care about more than England footballers playing darts?

‘Inside England’s World Cup darts competition’ is an absolutely stunning way of dressing up the fact that John Cross and Bukayo Saka threw three darts each.

Becks appeal
On the subject of John Cross, he will be thrilled to learn the extent to which the Daily Mirror website has completely stitched him up with this headline:

For starters, that’s a pretty sh*t ‘secret’ meeting if Harry Kane himself is willing to discuss it so openly. Cross only ever calls it a ‘surprise visit’ so this clandestine aspect of a fairly basic conversation is purely for clicky headline purposes.

And as for ‘David Beckham behind England’s World Cup success,’ what sort of absolute nonsense is that? All Kane said was that “we had a good chat” and “it’s more just getting to know his experiences and how he feels about our team and what he sees in our team”. All of a sudden Beckham – whose best tournament finish has already been surpassed twice by this England squad – is the genius mastermind responsible for them strolling into the quarter-finals of a World Cup?

French fancy
That quarter-final needs to be built up, of course. But just once would it be possible to preview an England tournament game without resorting to the usual tiresome conflict rhetoric?

‘ENGLAND fans have declared war on France ahead of their mouth-watering World Cup clash’ – The Sun website.

Just because someone jokingly posted on Twitter about not eating baguettes, croissiants [sic] or macarons for a week, it really doesn’t mean we have to do the whole ‘war’ thing. Grow up.

War is over
But perhaps The Sun website have simply noticed that is a key word for SEO currently.

‘ITV smashing BBC in World Cup TV ratings war as staggering 20.4m tune in for England’s last 16 drubbing of Senegal,’ reads another of their headlines.

It turns out that more people watched England in a World Cup knockout game on a Sunday evening than in a group match that was not too far off a dead rubber on a Tuesday evening. How incredibly surprising.

And a difference of 1.7m between those peak audiences is definitely proof that one broadcaster is ‘smashing’ the other. See you back here if David Beckham guides England to the final: a reminder that the BBC’s coverage of the Euro 2020 final reached a peak audience of 25 million, in comparison to ITV’s six million. That’s a ‘smashing’.

Cut off your nose despite your face
‘Japan players leave touching note and origami birds despite World Cup heartache’ – The Sun website, who presumably expected Japan players to suddenly start trashing the dressing room and smear messages of hate on the walls with unknown substances, just because they lost a game.

It doesn’t matter what your name is

Is there a particular reason why Andros Townsend has decided to talk to the Daily Mirror website in third person like The Rock?

S*d’s will
Of all the things to stick an asterisk in, this might be the most tame ever effort from the Manchester Evening News: