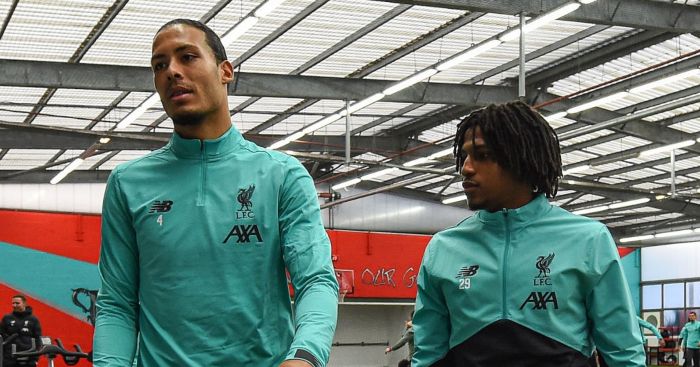 Or should that be ‘How Liverpool must sign a new left-back and centre-half’? Don’t worry; all will become clear.

Too VAR
Question: What was the biggest news story the morning after Manchester United and Leicester both won to keep their Champions League hopes alive, Aston Villa wasted a glorious chance to push closer to survival, Danny Ings became the 20th Englishman to score 20 Premier League goals and you are fortunate enough to be able to send teams of journalists to report on each of those games?

Answer, if you are The Sun website: ‘Man Utd branded ‘VARchester’ by fans after two narrow escapes against Palace’

Because why bother properly valuing the work of qualified writers when you can collate the views of ‘Twitter user Richard’ and @TheLampardView?

Fanning the flames
The MailOnline are not much better.

The first person who ever considered taking social media reaction and framing it as legitimate news has a lot to answer for.

Rash decision
Mind you, this was one of the efforts from the Manchester Evening News:

It takes a pretty careless and absent-minded club, fanbase or website to forget Marcus bloody Rashford is quite good.

Why so serious?
The propaganda machine must have been thankful for that prompt or else they might have messed up this headline. Mind you…

Because it is to their obvious advantage. The word you are looking for is ‘how’.

Give and stake
John Cross was at Selhurst Park and starts his piece with the following:

‘The stakes have never been higher but you would never have known it.

‘Not from Marcus Rashford’s coolness and composure with a priceless goal on another big night for Manchester United in the battle for a Champions League finish.’

Express delivery
Odion Ighalo unfortunately did not play against Crystal Palace. But he still dominated the news agenda.

Come to think of it, you can certainly see the similarities.

Not at all. Nothing comes to mind.

The Lasser of two evils
There is money to be made in suggesting Liverpool will be active in the transfer window this summer. Despite constant claims to the contrary, and Jurgen Klopp himself publicly stating “we cannot spend millions and millions and millions”, they are constantly linked with a number of players.

And no-one is immune to it.

But for the Daily Mirror to go with a headline of ‘Liverpool likely to make new signing after Andy Robertson voices opinion on youngster’ is pretty big. That sounds like some insider information. And that would be handy, considering they reported on May 1 that Liverpool ‘now look virtually certain to do no transfer spending this summer’.

Well Yasser Larouci is probably leaving. And Liverpool ‘seem likely to dip into the transfer market for a backup left-back’ to replace a teenager who has literally never made a single Premier or Champions League appearance, with his 171 career first-team minutes all coming in the FA Cup.

However will they cope without him?

Maybe those Robertson quotes we were promised in the headline can clear things up a little. If anyone has a valuable ‘opinion’ on whether Liverpool need to sign someone to fill in for their left-back, it’s him.

Here is what he said, discussing Neco Williams:

“Obviously, being a right-back he’s facing probably one of the best there is in the world right now in Trent. But he’s got an abundance of ability and he can play both full-back positions pretty easily, so I’m sure he will push me and Trent all the way next season and that’s what we need to have – healthy competition in the squad.”

It sounds a bit like Robertson reckons Williams will do. But no, Senior Online Sports Reporter Mark Jones insists that the Welshman ‘seems certain to be viewed as Alexander-Arnold’s primary backup next season, meaning that a specialist left-back should be recruited by Klopp.’

To reiterate, Larouci has not even been in a Premier or Champions League matchday squad in his life. Williams and James Milner have started the five games Robertson has missed at left-back in those two competitions. That seems to have worked alright and they will probably just carry on.

Or ‘a specialist left-back should be recruited’. Whichever is fine.

On the Virg
Of course, what Liverpool actually need is a new centre-half. Sod Thiago.

The implication being that Mason Greenwood was in the wrong and perhaps one of five people ‘warned’ for doing something… not that he followed Manchester United protocol and common sense in turning down an offer to attend a tournament at a Fives Soccer Centre.

Recommended reading of the day
Sid Lowe on Zinedine Zidane.

Miguel Delaney on Pep Guardiola and the FA Cup.