Home Home Page Front Page Mediawatch: Why not just become the best club in the world?

Plus spurious quotation marks, wonderful descriptions and that famous aspect of Euro 2016... 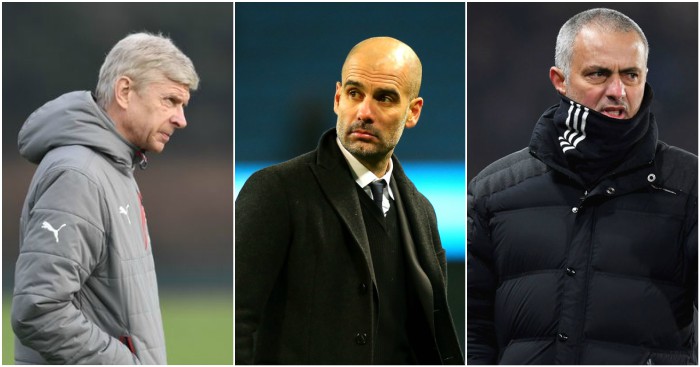 Descriptions of the day
Top marks to The Sun who, having already used the word ‘basketball’ twice when describing Paul Pogba’s love of the sport on their back page, had to scratch around for other descriptions.

Tall story
Mediawatch can believe The Sun’s back page that Paul Pogba has been banned from playing basketball by Manchester United, although we’d be very surprised if it is enforced.

We can believe that that the stress impact of the sport could cause Pogba muscle strains.

We can believe that Manchester United consider it crucial to stop Pogba’s hamstring problems.

But we cannot believe that Pogba is 6 ft 5 in, as claimed in that piece. Particularly given that the same paper has described him as 6 ft 3 in for the entirety of the 14 months since he joined Manchester United.

As easy as that
“Why not think about building a team that in the next five, ten years will be the best in Europe? Bring Bale back to Tottenham and keep Harry Kane and bring in a new era for Spurs. I am talking about five, ten years coming, they will be brilliant.

“Modric [as well] would be fantastic. Modric in the middle of the park, Bale on the left hand side, Kane up front, Dele Alli as the number ten – that could be interesting. Why not make Tottenham the best team in Europe?” – David Ginola talks to Talksport.

Ginola has truly floored us here. All this hipster talk about tactics and training schedules and nutrition, and nobody had bloody thought of the true answer for clubs outside of the financial elite: buy all the best players and be the best club.

Why not indeed? And why don’t Tottenham buy Neymar and Kylian Mbappe while they are at it? And while we think of it, why haven’t West Ham and Everton thought of this? Sandro Ramirez? You could have had Luis Suarez, you dafties.

In fact, Mediawatch isn’t quite sure why every club hasn’t thought of being “the best team in Europe”. Pesky Real Madrid got in there and decided it first.

You will notice the inverted commas around ‘an outstanding candidate’, to indicate that it is a quote. Simple stuff.

Readers of that story will also have noticed the line below the headline: ‘Former German defender names Reds boss as the man for the Allianz Arena hot seat.’ That ‘German defender’ is presumably our man with the quote.

Erm, well no. Here’s what Christoph Metzelder – for he is our former German defender – told Sky Sports Germany:

That’s not how quotations work, guys.

On the agenda
Mediawatch often pokes fun at an industry that tends to take itself very seriously indeed, but there is a truly wonderful example of the breed in Charlie Sale’s Sports Agenda column in the Daily Mail on Wednesday.

On the subject of Joe Hart recording his interviews with the press in order to have proof of what he said – which sounds perfectly reasonable – Sale writes:

‘England goalkeeper Joe Hart taped his own press conference this week, claiming he wants his own record of what he says — which isn’t very much. He famously refused to divulge anything about the players’ darts competition he organised with James Milner at Euro 2016.’

‘Famously’. Because that darts competition between England’s players has remained in the minds of the nation since the final whistle of the Iceland game.

What’s in a transfer rumour?
The Daily Mirror’s chief football writer is John Cross, a man closer to Arsenal than almost anyone else in the industry. So when you read the headline ‘Arsene Wenger ‘ready to sell Theo Walcott in January’ as Arsenal look to shed high-earning flops’ on the Mirror website, it makes you sit up and take notice.

And then you realise you’ve been done. For the story actually comes from The Gambling Times. No, us neither.

‘Theo Walcott has been told that Arsenal will look to sell him in January unless he can make big strides and show he is still first-team material next three months,’ it begins. This is a story that has somehow managed to pass Cross, Arseblog, Amy Lawrence, David Ornstein and James Olley by, all of whom have excellent records of getting accurate information on Arsenal.

Further down the story, the angle becomes clear:

‘Bookmakers are looking at Walcott’s future and think a move could be on the cards in January. We spoke to BetVictor and their Head of antepost Football Michael Triffitt about Walcott and their market on his future, with West Ham, Everton and Southampton the favourites to land him.’

So this is nothing more than a ruse to plug betting markets, then. Hence the publication in which it appears.

Good luck to The Gambling Times, but what must Cross think of his paper leading with Arsenal headlines based on such (mis)information?

Sport, in 1973
It’s a slow news week, with the return of international football hitting home like a recurring case of gastric flu. The nation’s newspapers, and their websites, as forced to search harder for their news.

Still, when you’re The Sun and happy to live in 1973, it’s amazing what constitutes football news.

‘THE ex-wife of Rafael van der Vaart has launched a new lingerie collection in Germany and the Netherlands,’ a story on their football homepage reads.

‘Sylvie Meis has teamed up with Amazon to release Sylvie Flirty Lingerie. The Dutch model and TV presenter, 39, was married to former Spurs star Van der Vaart from 2003 to 2013.

‘Sylvie has promised to keep the lingerie fairly priced. No item will cost more than 100 Euros, with the cheapest line starting at 15 Euro.’

The former partner of a 34-year-old former Dutch international has a new business venture? Sure sounds like a football story to us. Especially when you get to include five pictures of her in her underwear, one video of her doing kick-ups and a photo of her kissing Van der Vaart.

Shame? They don’t know the meaning of the word.

Recommended reading of the day
The Guardian’s Next Generation 2017.

Jonathan Liew on the shame of the Qatar World Cup.