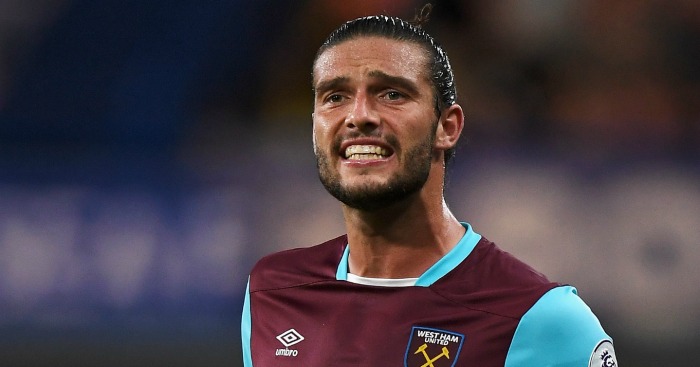 Gracia-s
With Chelsea taking on a Barcelona team in rude health on Tuesday evening, the Daily Mail’s Pete Jenson offers some insightful advice on how to beat the La Liga champions-elect.

Still, Mediawatch did have to laugh at the first subheading on his piece, entitled ‘The Watford Way?’.

The reason for that question? Watford’s new manager Javi Gracia beat Barcelona 1-0 in February 2015 when he was at Malaga.

Given that Gracia is Watford’s fifth boss since that win and he has managed Rubin Kazan in the interim, it’s probably slightly more accurate to call it ‘The Malaga Way’.

Spot on
Understandably, Chelsea’s game against Barcelona demands plenty of newspaper and website coverage on Tuesday. The top story on the Daily Mirror website promises us ‘7 things we spotted as Barcelona trained at Stamford Bridge’. Interesting.

However, we’re not sure that ‘Luis Suarez meanwhile, has scored twice against Chelsea’ really counts as something anyone spotted from a training session, given that the most recent of those goals was in 2013. We’re also suspicious as to how the Mirror figured out that ‘Messi’s failure to score against Chelsea was clearly on his mind’.

It does get worse, though. No. 4 is ‘Messi later found the perfect solution to his problem’: a picture of him stood next to a pile of footballs. ROFL!

Alternative working title: Seven banterous captions to some press photos we sourced online of Barcelona training and put top of our website because sod the stuff our connected journalists actually wrote.

A month late
‘Andy Carroll has endured a turbulent career so far… re-live every moment now,’ reads the headline on The Sun’s website. Sadly, it does not link to a 12-year-long video. Consider us short-changed.

Instead, this is an opinion piece on Carroll. All good, yet Mediawatch can’t help but think it was written a month ago. Let’s look at the evidence:

‘His form this term has been patchy. He has only scored twice in the Premier League, which came at the start of this month against West Brom.’

Those goals came on January 2. So last month.

‘But Antonio Conte wants another striker and one that can play as a target man; which is why they’ve turned their attention to Carroll.’

And then they turned their attention to signing Olivier Giroud, guys.

‘A move to Stamford Bridge would allow Carroll another chance at the big time and could help him secure a place in the England squad for this summer’s World Cup in Russia. But fail and it’ll go down as another disappointing chapter in his enigmatic career.’

Spoiler alert: It didn’t happen. And the window is now closed.

Tip: If you’re struggling for content so much that you publish a month-old piece on February 20, at least have the nous to change the parts that make absolutely no sense now.

All we want is consistency
‘The decision to dismiss the City player was not wrong… given the pace Delph went into the challenge and the fact that he had his studs raised well off the ground, the red card was correct’ – Graham Poll, Daily Mail.

‘Fabian Delph’s challenge on Max Power was reckless and a yellow card. But I didn’t think it was a challenge that endangered a player’s safety with excessive force and brutality’ – Mark Halsey, The Sun.

Again, two former referees disagreeing with each other in national newspapers. Which makes their ‘expert opinion’ columns almost redundant.

One wrong makes a right
Sticking with Halsey in The Sun, who offered the oddest take on Anthony Taylor taking out a yellow card before giving Fabian Delph a red:

‘Once Taylor has the yellow card out – rightly or wrongly – he should have gone with his original call. It’s a basic error.’

Erm, what? So before a card has even been issued, you should plough on regardless with a decision that isn’t correct, just because?

Presumably Taylor received advice from his assistant in his ear, which led to him sending Delph off from the field. So why on earth should he not come to the correct decision just because he initially took out one colour of card?

“There are so many Dembeles”
Joey Barton is so knowing on every issue across politics and sport that it’s great that he has a platform on talkSPORT to pass on his insight. Here is Barton talking about wonderful Tottenham midfielder Mousa Dembele:

“He’s top drawer. A lot of things are levelled at him, like he doesn’t score enough goals — which I don’t think he does — but on the flip side of that is role in the team is the first receiver. I think he’s shown incredible composure.

“Not an international? Not capped by France? ‘Can he get in the French World Cup squad.”

After being capped 72 times by Belgium? Almost certainly not.

Low blow
Mediawatch is no cheerleader of Barton or his punditry, but there should be limits to criticism. In the Daily Mail on Tuesday, Charlie Sale aimed several feet below the belt when describing Barton as ‘the bonkers Talksport pundit’.

Given that Barton has spoken frequently about his battles against alcoholism, depression and mental illness, terms like ‘bonkers’ are a cheap shot by somebody who should know far better.

Given Sale’s usual levels of outrage on even the most meaningless issues, we presume he will use part of his next column to demand an apology from… himself?

Tell us what you really think
‘He can blow teams apart one minute, dominate midfield and eat up the turf, then the next he just looks like a wannabe rapper in a football kit, which is obviously no good’ – Stan Collymore, Daily Mirror.

Why does he look like a wannabe rapper? Because he’s black and has colours in his hair? Honestly.

And on a similar theme…
“He [Pogba] loves delivering in the spotlight with his hairstyles and flicks” – Charlie Nicholas, Sky Sports.

Logic, with Stan Collymore
‘There is just as much chance of a nation being kept in the finals thanks to VAR as there is of one being knocked out’ – Stan Collymore, Daily Mirror.

Yes, because two teams play on the pitch at the same.

Look on the bright side

Aviation history made by @Ryanair who charged me £2.80 for a cup of hot water

At least you made the flight, Neil!

Recommended reading of the day
Lawrence Ostlere on Sven Ulreich.

Joe Cole on his career.