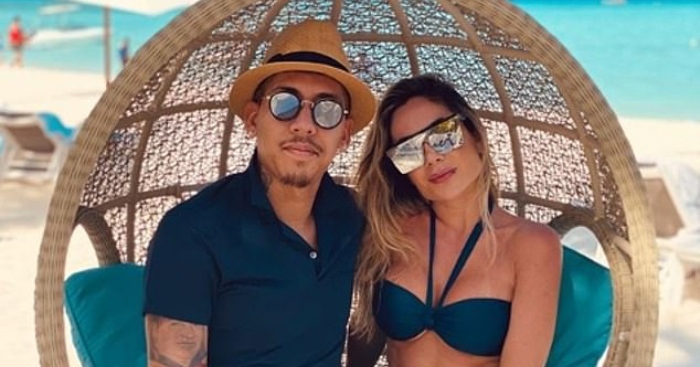 Chaos theory
The headline is a classic of the MailOnline genre. It’s long and it’s bombastic and it’s apparently the biggest story in football on Thursday morning.

‘Cancelled camps, Manchester United’s late switch from Qatar to Marbella and Liverpool stars having fun in the sun while the kids play in the FA Cup… the Premier League’s first winter break is proving to be chaotic and controversial.’

Is it though? It doesn’t feel like it is. It feels like it has made football a little bit dull this week but chaotic? And controversial? Has it balls.

There has obviously been some controversy about Jurgen Klopp’s decision to send the kids to play an FA Cup replay, but all that has settled nicely with Liverpool’s first-team players getting a holiday and the youngsters winning the actual game. We all move on. Except the Mail, who tell the story at some length once again and then pretend there has been a whole barrel-load of other controversy surrounding this tiresome winter break.

‘Steve Bruce, the Newcastle manager, had no plans to take his team away but said ‘they’re going to have a few days off and let their missus look after them.’

‘Now that all had to be cancelled because of Tuesday’s replay with Oxford United at the Kassam Stadium, which they won 3-2 in extra time.’

Cancelled? That’s odd because Bruce himself said: “It’s not as long as we would like to give the players, but they’re still going to have four or five days off and have a long weekend, which is better than nothing.”

‘Spurs manager Jose Mourinho was pretty calm about the extra game, saying ‘it means we are still alive in the competition and it is better than losing’.

‘But he has been critical of the fact Spurs have their time off during the first part of the staggered winter break, with their two league games just before their Champions League tie with RB Leipzig.’

He has been critical of the timing of Tottenham’s break but he did say: “I don’t complain, it is what it is.” Not too chaotic. Not too controversial.

‘Southampton also had to cancel their plans for a mid-season break and manager Ralph Hassenhuttl wasn’t impressed prior to the replay against Spurs, a game his side lost 3-2 on Wednesday night.’

He definitely wasn’t impressed but then he did also say: “We were all accepting that we would have this replay in the winter break.”

So far we would deem the FA Cup replays to be a tad inconvenient to a minority of Premier League football clubs, but that’s an awful long way from ‘chaotic and controversial’. But the Mail are not finished…

‘Other clubs have been forced to tear up their winter break plans for different reasons.

‘Manchester United cancelled their plans to head to the Aspire Academy in Qatar after Middle-Eastern tensions flared following the assassination of the Iranian general Qasem Soleimani in a US airstrike earlier this month.’

Well that seems sensible. And we think they will probably be absolutely fine in Marbella; they’re hardly slumming it. And if it’s good enough for Wolves…

‘Likewise, Brighton have cancelled their planned warm weather training camp in Dubai and will train at home.

‘The south coast club were worried about the American Express sponsorship on their shirts and the fact their owner, Tony Bloom, is Jewish.’

The article then goes on to describe how Arsenal and Sheffield United are going away on training camps, while Liverpool, Manchester City, Chelsea, Leicester and Everton will all give their players a few days off before they return to training. Aston Villa, Bournemouth, Burnley, Crystal Palace, Norwich and Watford are not mentioned but we know from the BBC that they have all given – or will give – their players a break.

‘So an idea designed to give players and coaches a much-needed rest has already proved a little chaotic and even controversial.’

One day we’ll fly away…
The back page of The Sun is a beautiful and perfect demonstration of adding two and two together to make p56 of Britain’s best-selling newspaper during a (‘chaotic and controversial’) winter break which is offering no real Manchester United or Liverpool news.

It’s a double whammy of ‘NOU DAWN’ gossip, with Martin Blackburn first claiming that ‘MANCHESTER CITY will swoop for Lionel Messi if he fails to resolve a bust-up with Barcelona’ before very quickly making it pretty clear that this is all just a massive guess.

All of which might be accurate but it’s a bloody long way from telling us that City ‘will swoop’ if an entirely unavailable footballer suddenly becomes available.

Meanwhile, Duncan Wright brings us the exclusive news that ‘BARCELONA and Real Madrid have joined the race for Aston Villa star Jack Grealish’ before it has appeared in any of the Spanish newspapers routinely fed information from those Spanish clubs. So that really is quite the super scoop.

When is a shake-up not a shake-up?
All of which pushes Mark Irwin’s Arsenal scoop onto the Sun inside pages, which is a shame because it really is Grade A nonsense that deserves a bigger audience.

‘And senior stars including Pierre-Emerick Aubameyang, Alexandre Lacazette and Mesut Ozil are all threatened.’

We will stop you there because we are absolutely certain that Arteta does not want to sell his top scorer Aubameyang, because that would be utter madness.

‘With the team in serious danger of failing to qualify for Europe for the first time since 1996, Arteta accepts he might have to sell a number of the club’s highest-paid players to finance a summer spending spree.

‘Six senior players, including top earners Ozil and Aubameyang, are out of contract in less than 18 months’ time.’

Make that five, according to every source including The Sun themselves. And now we are getting closer to the truth; Arsenal have a lot of players (five) entering the final 18 months of their contract. Though good luck getting big transfer fees for Ozil, Sokratis, David Luiz and Shkodran Mustafi to finance anything more than a cup of coffee.

‘Arteta is eager to keep captain Aubameyang and still hopes his top scorer will sign a contract extension.’

Right. So he is not ‘planning a major Arsenal shake-up’ at all, just hoping that somebody will come in and take his ageing stars off his hands. And really, really hoping that his prolific goalscorer stays.

‘Aubameyang, who turns 31 in June, does not want to spend another season outside the Champions League and is aware of Barcelona’s interest.

‘Arteta acknowledges that a player who cost them £60million two years ago cannot be allowed to leave for nothing.

‘And it is a similar situation with Ozil, who has not scored all season and has managed just one assist in the league.’

‘If Aubameyang can be persuaded to stay, then Lacazette, 28, could find himself surplus to requirements and suddenly on the market before his resale value plummets.’

Well he could. But it’s also worth noting that the Frenchman has a contract until 2022 so his resale value is unlikely to ‘plummet’ in one summer.

So the big story is that Arsenal would quite like to sell some 30-plus players this summer – though nobody can be sold against their will – and keep their better players.

Line up in line is all I remember…
Over at the Mirror website, they tell us ‘How Arsenal could look next season if Mikel Arteta signs all summer transfer targets’.

Somebody has missed the memo that there will be a ‘major Arsenal shake-up’.

Long and short of it
Sam Allardyce is looking for work and so Sam Allardyce has given an ‘exclusive interview’ to the Daily Mail. The highlight? Undoubtedly this:

When you take a story from @ExWHUemployee and you get the wrong Nevin… pic.twitter.com/QHMkOAyMpU

Recommended reading of the day
Paul Doyle on Brighton