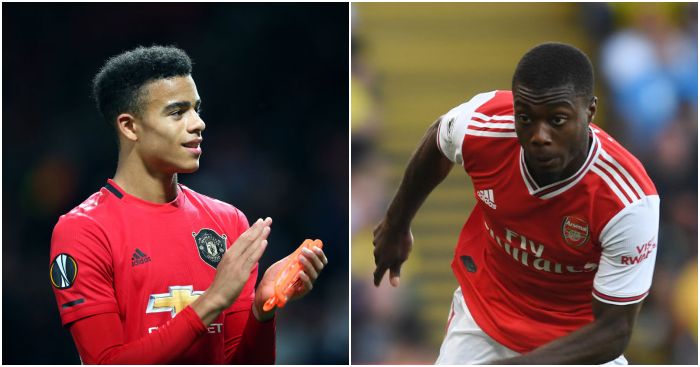 The kids are/aren’t alright
‘We shake our heads at parents who make Hollywood stars of their children and roll our eyes when addiction and depression emerge in their 20s, and yet we celebrate teenage footballers,’ begins the final paragraph to a thought-provoking piece that invited debate on Thursday afternoon.

‘As supporters, we need to ask ourselves why that is. Why throwing kids to the lions has become normalised – and why we care so much more about ‘giving young players a chance’ than we do about the potentially harmful effects of exposing children to such a cold and brutal industry.’

Alex Keble’s argument was sound: the psychological impact of ‘children’ playing ‘senior football’ is potentially devastating. The idea that ‘a more responsible governing body than FIFA would ban fielding under-18s,’ and that ‘there’s no need to hurry players into the senior set-up; no need to rush their childhoods’ led to predictable accusations of wokery and virtue signalling, but it was well-researched and surely worth considering.

It prompted an uncomfortable discussion for some who see the practice of teenagers playing against fully-grown and developed men as natural and normal, the way it always has been. It challenged preconceptions. It failed to change the viewpoints of many, of course…

i’d invite you to shut the fuck up

Go and shut up you virgin

…but had plenty others nodding in agreement.

The piece, published at 2.12pm on Thursday afternoon, felt particularly pertinent by the evening. ‘There are few things more exciting in football than a teenager exploding onto the scene,’ read the first line, with Mason Greenwood (17), Tahith Chong (19) and Angel Gomes (19) starting for Manchester United against Astana mere hours later.

Fate obviously dictated that the game’s youngest player was also its most decisive. Greenwood, a child playing senior football, scored the only goal in a 1-0 home victory.

Among the subsequent headlines, one stood out: ‘Give Greenwood more chances to back up the hype’.

‘This was Greenwood’s night,’ wrote Ian Watson. ‘Everyone at Old Trafford bar 200 or so hardy souls from Kazakhstan came to see the 17-year-old on his first senior start as well as cameo roles for Tatith Chong and Angel Gomes.’

It was a match that saw Greenwood ‘reinforcing his status as top of the crop’. The striker ‘showcased the composure, imagination and ruthlessness that has drawn comparisons with Robin van Persie.’

‘The talk is of not of potential, rather the closest thing to a dead-cert seen in those parts since Ryan Giggs,’ he adds.

And to the final paragraph of, again, a well-written and thought-out piece:

‘The dream scenario for United fans is a team with Rashford and Greenwood both scoring goals. Solskjaer appears to believe he can make it a reality, bit that will only happen if Greenwood is given the regular opportunities to build on the foundation he laid tonight.’

The only problem? This article, championing a 17-year-old to be ‘given the regular opportunities’ needed to prove himself, was published on the same website that pointed out ‘children should not be playing adult football’ just over eight hours prior.

The culprit? Some charlatans called Football365.com. Nowhere near as good as they used to be, them. Just talk to each other, fellas.

‘It was not that long ago they were contesting finals of the Champions League, three in four years from 2008-2011.

‘Yet since that last final at Wembley with Barcelona the furthest they have gone is the last 16, once.’

Last season was an age ago, to be fair.

Glass four-fifths full
‘In a week when the Champions League returned United were in the Europa League before a two-thirds full Old Trafford playing against the current third best team in Kazakhstan’ – Neil Custis, The Sun.

Most ‘Neil Custis’ final few paragraphs of the day

‘The reality of where United are right now will literally bite in the return leg of this group fixture in Kazakhstan on November 28.

‘The stadium might be covered and heated outside the wind chill factor will make it feel like minus 20 degrees.

‘That is one wait for a hot dog I’ll not be having.’

That is literally excellent.

Pepe hands
The inability of a pundit to praise a player without simultaneously criticising a random teammate in the same piece of ‘analysis’ is not a particularly new trend. But it is no less infuriating with each lazy and tiresome example.

Over to you, Martin Keown.

“You think of the way Pepe’s playing at the moment, they paid £72million for him, and this kid looks better than him tonight,” he told BT Sport of Bukayo Saka on Thursday.

Because a Europa League group opener against a team who sold most of their best players in the summer is the best time to judge anyone.

Quite why Keown chose Thursday to make such a comparison is baffling, particularly considering Saka’s excellent goal would not have been possible without the pass and subsequent decoy run of Pepe that preceded it.

Why not just praise Saka as part of a youthful and exciting core emerging at your former club? Why drag an unrelated player into it?

And “the way Pepe’s playing at the moment” is to register two assists in three starts – two of which were against both of the most recent Champions League finalists – after joining a new club in a new country with a new manager, new teammates and no pre-season.

Sh*te, isn’t he? That is definitely a fair conclusion to draw after one month.

Tomorrow: You think of the goals Leno is conceding at the moment, they paid £19million for him, and Emiliano Martinez kept a clean sheet!

Floored
‘Can we still love idols like Beardsley when we see their flaws?’ – The Athletic.

Calling a player of black African origin “a monkey”, telling at least one player of black African origin that they “should be used to” frequenting places such as outdoor adventure park Go Ape, questioning the legitimacy of a black player’s age and failing to apologise for claiming the allegations made against him were for financial gain feels a little more serious than ‘flaws’.

Unless unhappiness is on the same rough level as racism, of course.

Recommended reading of the day
Jonathan Liew on Jose Mourinho.