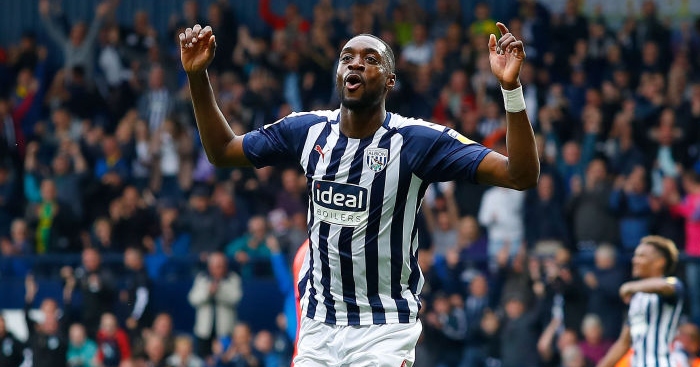 In a Championship season already earmarked more than most as a year where anything can happen and anyone could win the fight to reach the (PL) Promised Land, one team stands out among the surprise front runners as actually being where many would have predicted. But it would be unfair to suggest that West Bromwich Albion are here on reputation alone.

The division’s last remaining undefeated outfit lost such status in midweek to Leeds United, only to respond most beautifully by picking apart the Cardiff City carcass on Saturday like a dominant cat having farcical fun with 11 baby mice.

It would be all too easy and far too insulting to suggest that West Brom are here on reputation alone; 12 years a slave they were to the lateral ignominy of top-flight football since the turn of the millennium, but the Baggies are belying their monumental second-tier status.

Of the 14 players used in Saturday’s victory, ten – including all three used substitutes – were either new signings or academy graduates. Compared to last season’s failed play-off campaign, this is a young, fresh side with the right bits of experience thrown in along the way.

Last year, it was almost a case of Jay Rodriguez, Dwight Gayle and nine others. This time around, the far more experienced and accomplished Slaven Bilic is making this a concerted team effort, a symphony where everyone knows their roles and are making the sweetest of music time and time again.

One look at the key players thus far in 2019/20 points to the change of style – not on the pitch, but off it. Every football fan knows about the Croatian manager, but the relatively unknown Luke Dowling is one of the primary reasons behind the league leaders’ remarkable rise.

As one of the youngest Technical Directors in the country, this team is following suit. It may not be a team full of teenagers, but as opposed to many teams who come down to the Championship, West Brom’s squad is chock full of players who haven’t been there, done that and have the Championship-winning t-shirts.

Rather than relying on footballing veterans and former Premier League 30-somethings, the Baggies have plenty of boing-boing thanks to an abundance of playing staff under the age of 25 who have spent much of their careers in League One and the lower echelons of the Championship.

This is a squad desperate to succeed because so few of them have achieved second-tier promotion before. This is a squad capable of succeeding because those same players have all proven themselves a level below, and are doing it once more at the top end of the Championship.

Darnell Furlong was a bright spark in average QPR seasons and is now excelling at the Hawthorns, while Semi Ajayi was Rotherham United’s second top scorer in a midfield role shielding the back four, but in the Midlands is becoming a stellar centre-back who is already worth tenfold the £1.5million West Brom paid for the Nigerian in the summer.

Add to that the youth academy graduates Kyle Edwards and Nathan Ferguson – the latter is keeping both Kieran Gibbs and Conor Townsend out of the left-back berth – and the excellent loan acquisitions of Filip Krovinovic, Matheus Pereira and especially future England international Grady Diangana from West Ham (all of whom can play behind the striker of choice of Charlie Austin and Kenneth Zohore) and you have all the makings of a near-perfect team.

The 4-2-3-1 style favoured by Bilic makes for a wonderful balance that renders Sky Sports’ decision to showcase them live almost every other week – as if they are the new Leeds United – one of the most sensible the broadcaster has made in years.

1. How exciting is this team?

2. Watched with 2 elders today who both said seen nothing like this since 78/79.

3. Team chemistry is best in my lifetime.

They are box office, with enough substance to pack an almighty punch when the going gets tough. The Championship is not what it used to be; instead of a retirement village and B-League to the top flight, it is now a hotbed of talent for the future, not from the past, and that goes for managers just as much as players.

Football loses its allure when everything becomes stale, when there is nothing left to fight for. Just ask Stoke City fans (before the weekend). Life had become that for West Brom in their final couple of years in the Premier League. It will happen to almost every non-top six side (and maybe even a couple of them) after the initial euphoria of being among the big boys. Once again, they can smile and enjoy themselves, because they have a team that is worth cheering, worth supporting and worth the wait.

Like Mr Darcy and Elizabeth Bennett, the West Brom we know and the current make-up of this Baggies side are from separate worlds, but it is the amalgamation of these two worlds colliding which is making the perfect storm.