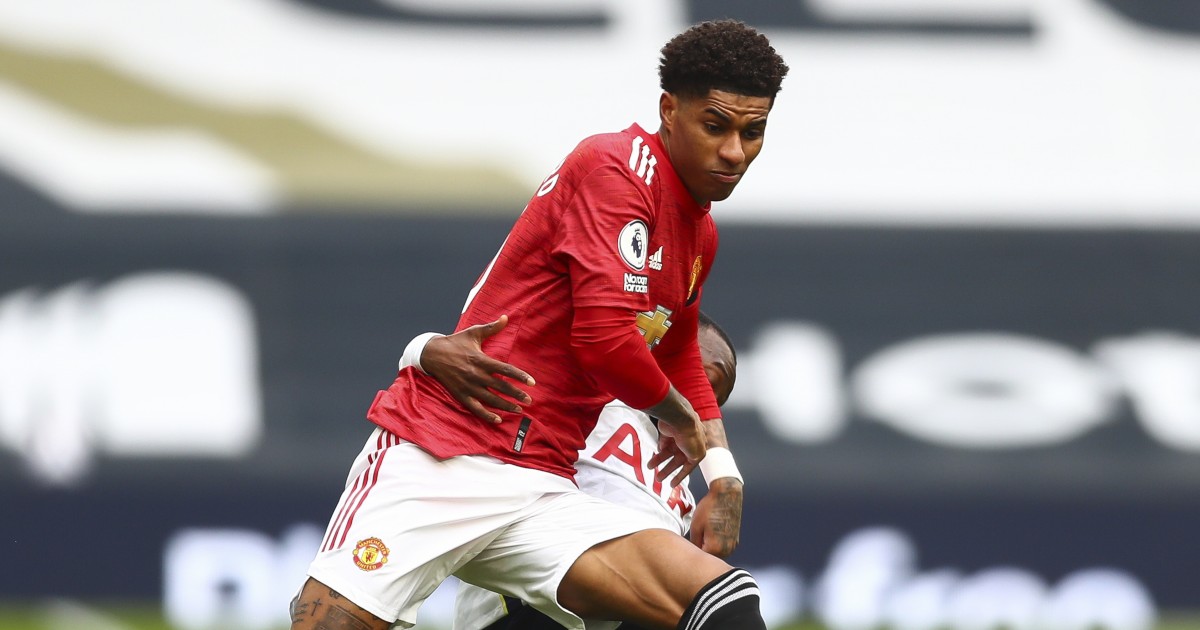 Marcus Rashford is not here to defend his nutmeg throne again but the race really must go on. Two Liverpool targets are firmly in the running.

Rashford completed the most nutmegs of any player in Europe’s top five leagues during the 2020/21 season, managing 21 to hold off the challenges of Neymar (18) and new teammate Jadon Sancho (16).

The Manchester United forward took the crown for the first time in 2019/20, Rashford (13) edging out Alphonso Davies and Diogo Jota (both 12) among others.

Abandoning his hopes of completing the hat-trick was likely the most difficult part of deciding to have surgery that will sideline Rashford until at least October, but some are wasting no time in trying to succeed him.

Danilo Soares (Bochum) – 3
A Brazilian left-back with a particular penchant for pannas can do no wrong, although the best bit about the weekend exploits of Danilo Soares is that his three nutmegs came in a 1-0 defeat away at Wolfsburg after Bochum had Robert Tesche sent off for a handball in the fourth minute. There is a time and a place. That was neither. He is a hero and deserves this early lead.

Ismaila Sarr (Watford) – 2
Poor Matt Targett. Poor Aston Villa. John Terry leaves and everyone forgets how to defend with their legs closed. Insert your own punchline here. Watford exploited those gaps to great effect at Vicarage Road and until Ashley Young was introduced, Ismaila Sarr wreaked havoc. That protracted Liverpool move is off the table as Jurgen Klopp knows he would only demoralise Virgil van Dijk in training.

Ismaila Sarr became the first player since 2016 to get more than one nutmeg on the opening day of the Premier League season.

Just in case you were wondering… #WatfordFC 🐝 pic.twitter.com/XH3m6fwosm

Andre Hahn (Augsburg) – 2
The Bundesliga is the unlikely home to some tunnel fun, especially that of a futile and doomed nature. Andre Hahn was taken off after little over an hour of Augsburg’s crushing home defeat to Hoffenheim yet still managed to cram plenty into his afternoon. The 31-year-old winger completed two nutmegs in the 55th and 60th minutes on Marco John and Sargis Adamyan at 1-0 down. He was taken off in the 64th minute as his side went on to lose 4-0 because karma is real and Augsburg manager Markus Weinzerl learned an important lesson that day.

Jeremy Doku (Rennes) – 2
Despite their head start, Ligue Un’s experts of the art have struggled building any sort of lead in this race. Neymar and Kylian Mbappe are yet to get out of the blocks while former contender Angelo Fulgini is busy guiding Angers to the top of the table with consecutive clean-sheet victories. Rennes have opened their campaign a little slower with successive 1-1 draws but Euro 2020 livewire Jeremy Doku has made an impression. Liverpool have certainly taken a liking to the 19-year-old, although it is unclear whether that is down to his current ratio of one nutmeg every 54 minutes.