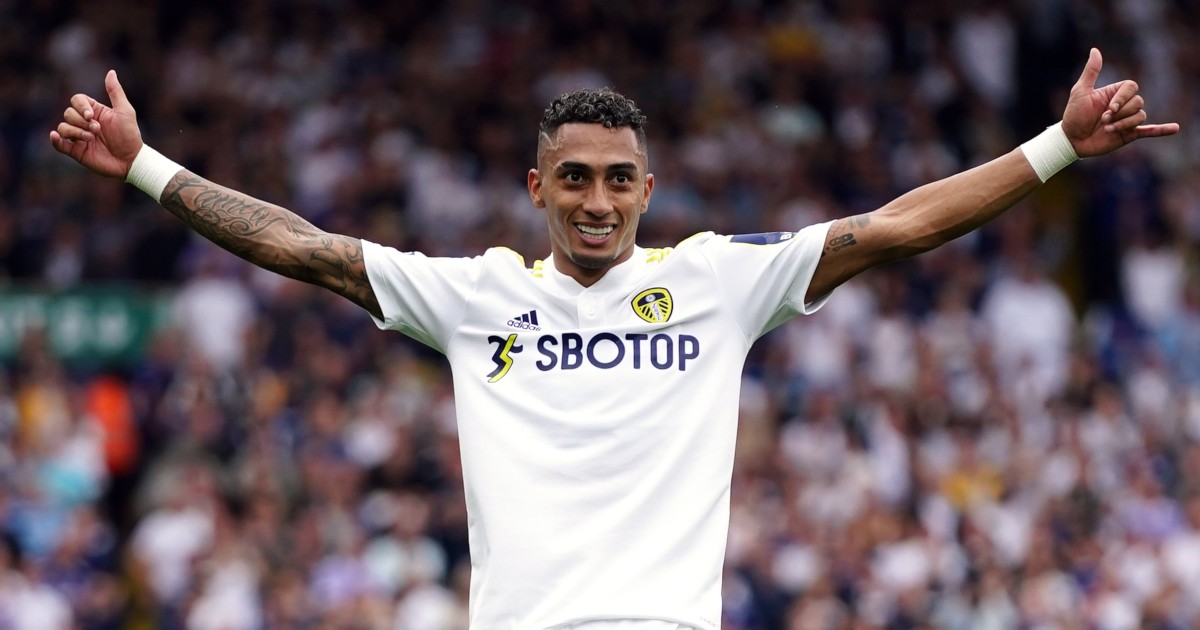 The top two nutmeggers in Europe both play in the Premier League. Raphinha is quickly catching them up, as West Ham will know all too well.

It is nutmeg time. As ever, thank you to the lovely FBref.com for the statistics. We quite literally couldn’t do this without you and everyone would be devastated at that.

Sandro Tonali (AC Milan) – 4
For the entirety of his professional career, Sandro Tonali has been crowned the latest successor to Andrea Pirlo’s crown. An underwhelming first season at AC Milan in 2020/21 has given way to the sort of performances that will only fuel such discussion. Tonali has been almost ever-present during the club’s unbeaten Serie A start and is largely untouched by their Champions League disappointments, coming on as a substitute in defeats to both Liverpool and Atletico Madrid. The 21-year-old is thrifty with his nutmeg, recording just one each against Sampdoria, Lazio, Venezia and Spezia. Milan have won those four games at an aggregate score of 7-1 because if there is a god they reward sauce.

Moussa Diaby (Bayer Leverkusen) – 4
Similarly frugal is Moussa Diaby, who has embarrassed Union Berlin, Borussia Monchengladbach, Augsburg and Mainz just once each. The 22-year-old is certainly capable of even more, having completed more dribbles than all but six players in Europe’s top five leagues so far this season.

Raphinha (Leeds) – 4
The Premier League’s current form player, if Sky Sports are to be believed, languishes in 18th place for a winless team. Raphinha has scored half of the six goals Leeds have managed so far and created the ninth-most chances of any Premier League player so far – at least three more than any teammate. The Brazilian has also had the most shots from outside the area in Europe’s top five leagues, but it is his skill that is starting to catch the eye again. His pile up of pannas started slowly with one against Manchester United on the opening weekend and another during the defeat to Liverpool. Then Raphinha really started to express himself against West Ham with a nutmeg apiece on Pablo Fornals and Said Benrahma. Both were chastened but thankful that they didn’t get the Gary Cahill treatment. Raphinha didn’t let that – or an eventual defeat to the Hammers – stop him having fun.

Vinicius Junior (Real Madrid) – 4
After a phenomenal start to the season, the brakes were put on Vinicius Junior this week. He was powerless to prevent Real Madrid from being arrested by Sheriff in the Champions League, having struggled to impose himself on Villarreal three days prior. It was only the second La Liga game in which Vinicius Junior had not scored or assisted a goal this campaign, the Brazilian also failing to record a nutmeg during the goalless draw. That’s an Unai Emery special.

Francisco Trincao (Wolves) – 5
Last week’s leader was presumably fuming with Bruno Lage for benching him against Southampton. Wolves did win that match and register only their second win of the Premier League season but Francisco Trincao was forced to watch the entire game from the bench as both sides managed just a single nutmeg between them. At least Hwang Hee-chan has some respect.

Emmanuel Dennis (Watford) – 6
Tottenham remain the only team to prevent Emmanuel Dennis from properly expressing himself at least once during a Premier League game. Aston Villa, Brighton, Wolves and Norwich all succumbed to the striker’s nutmegging inclinations once, with Dennis establishing himself as Europe’s leader by bagging two against Newcastle. The Nigerian also had four shots, created one chance and picked up a booking during a busy afternoon as a strong start to life in the Premier League continues to go under the radar.