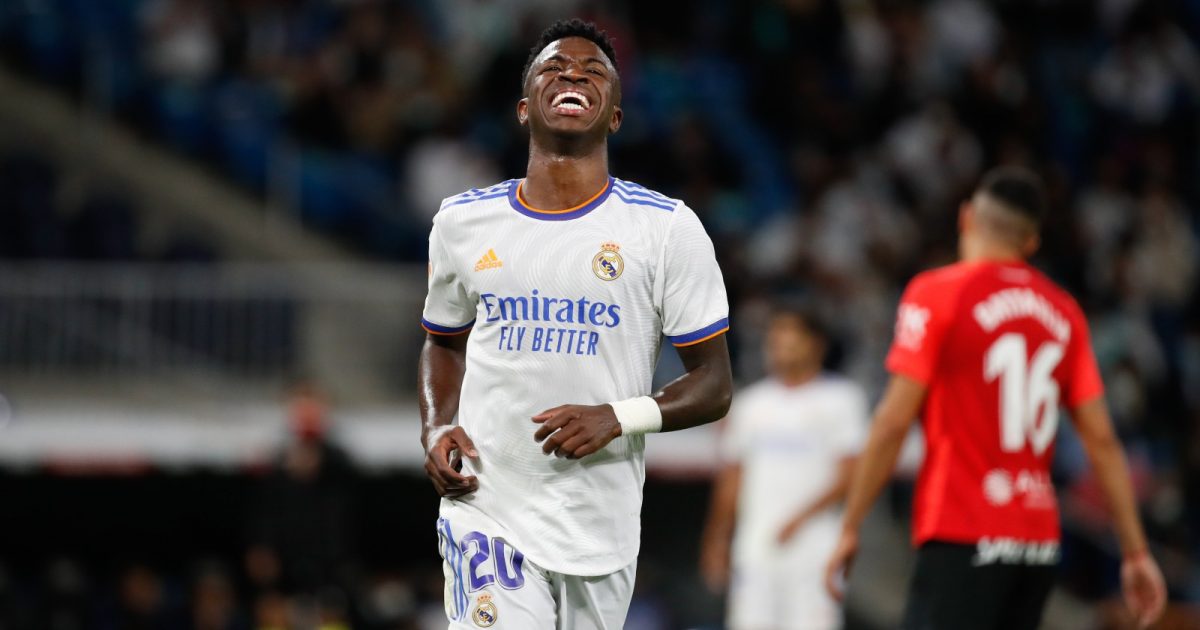 Watford are the best team in Europe’s top five leagues on one incredibly key statistic but a Barcelona loanee leads the individual stakes.

It is nutmeg time. As ever, thank you to the lovely FBref.com for the statistics. You are good people. And spoiler: this fella does not feature.

Vinicius Junior (Real Madrid) – 4
It has been quite the start to the season for Vinicius Junior, who is finally earning those passes from Karim Benzema and company. Five goals and two assists in six La Liga games is impressive and all but they are a means to the end of his ultimate objective: snatching opposition souls with nutmegs. Poor Rodrigo Battaglia wanted a quiet year in Mallorca, a nice loan spell in Spain from Sporting Lisbon as he enters the twilight of an accomplished career. He didn’t ask for Vinicius to slide it through him as he dangled a forlorn leg in response. The Brazilian’s subsequent shot flew over the bar but his work was done. The ultimate potential scalp of Barcelona awaits next month.

Emmanuel Dennis (Watford) – 4
After five games of the Premier League season, Watford can boast at least twice as many nutmegs (12) as any other Premier League team, and the most in Europe’s top five leagues ahead of Real Madrid (11). Juraj Kucka, Ismaila Sarr, Ken Sema and Jeremy Ngakia have all pitched in but Emmanuel Dennis has been the biggest menace to opposition defences. The striker has been generous with his use of such spice, claiming one victim each against Aston Villa, Brighton, Wolves and Norwich, skipping out only Tottenham. With a couple of goals and one assist so far this season, the Nigerian has been quietly impressive. Watford supporters must be doing somersaults.

Francisco Trincao (Wolves) – 5
Tottenham happen to also be the only club to resist Francisco Trincao’s tunnelling proclivity. And you thought Nuno Espirito Santo hadn’t improved anything in north London. Wolves winger Trincao currently ranks third in the race for another coveted crown – the most shots without a goal – behind teammates Adama Traore and Raul Jimenez. But there is no catching him in this regard.

The winger made a mockery of Harry Maguire and Luke Shaw last month and plagued poor Shandon Baptiste at Molineux. The Brentford midfielder was booked for a foul on Marcal and sent off five minutes later when Trincao dispossessed him and powered past on the halfway line, having already had those open legs embarrassed by the silky Barcelona loaner in the first half. The Jimenez rabona cross was admittedly better.