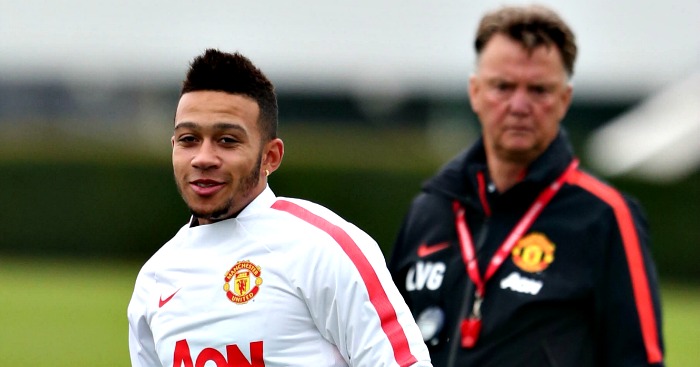 Memphis Depay believes he does not receive the same support that he used to at Manchester United.

The forward has turned in a series of disappointing displays at Manchester United since his £25million arrival from PSV Eindhoven last summer and has been blighted by suggestions of his lavish lifestyle, pursuit of fame and his choice of clothes.

After falling out of favour in recent months, Memphis has claimed he feels more wanted by the Dutch national team than he does at United – and has even suggested he does not have the backing of everyone at Old Trafford.

Memphis, who has not played for United since giving away a penalty at Liverpool in the first leg of their Europa League tie a fortnight ago, said: “The national team boss [Danny Blind, father of United team-mate Daley Blind] gives me a lot of support.

“He has confidence in me. And that makes me really grateful towards him.”

Asked if he still feels the same support and confidence in him at United, Memphis paused before saying: “Only sometimes.

“There are certain people within the club with whom I am talking about this,” said Memphis.

Memphis also revealed he has sought reassurances from those within United that he remains a key part of the club’s plans going forward, with Van Gaal’s own future also unclear.

The forward, on international duty with Holland, said he was relieved to be away with the national team, away from his turmoil at United.

“The national coach knows my qualities really well and I know that I can do a massive job for my country in the qualification series towards the next World Cup,” said Memphis.

“I’m delighted that I can come and show my skills in the next two games for Holland against France and England.”