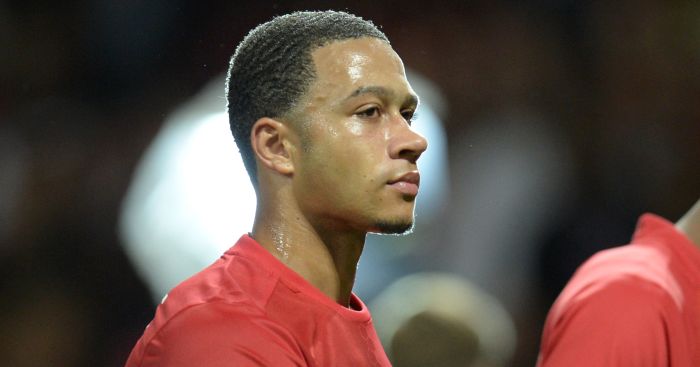 Memphis Depay has the talent, but failed to “adapt” his game to suit Manchester United, according to Ronald De Boer.

Memphis joined United in summer 2015, signed by Louis van Gaal for around £25million.

The Dutch winger failed to make a lasting impact at Old Trafford however, scoring just seven goals in 53 games before departing for Lyon in January of this year.

Memphis has since insisted that he enjoyed a positive relationship with manager Jose Mourinho, who inserted a buy-back clause into the deal when sanctioning his sale.

Dutch legend De Boer believes that Memphis can still reach the lofty heights predicted of him.

“Memphis is a great talent. It just did not work out,” De Boer told Sport360.

“He has his characteristics and perhaps he can be smarter at times. When people expect you to do things and you don’t deliver, don’t do other things to attract attention. Aubameyang, I saw him in a blue suit, an ugly one in which he looked like a clown, but it is accepted because he is scoring goals, so everyone laughs about it.

“But if you are not scoring goals and playing bad, people will say he is thinking more about his clothes or whatever. They have to be smart, you really have to work.

“The only thing I thought when I saw him playing was that you cannot stand on the ball and have time, in England they are much stronger and faster, you have to adapt. He did not really do that.

“He’s got it but thought he could do it standing still, he did not do it while moving. You need a good start. When you have doubts and they do not go away there is more pressure and people expect.

“But he is still young and he is at Lyon which is a great team. I still think he can have an incredible turnaround. He has the quality.”