Home All The News Mendy will be out for up to three months, says Pep 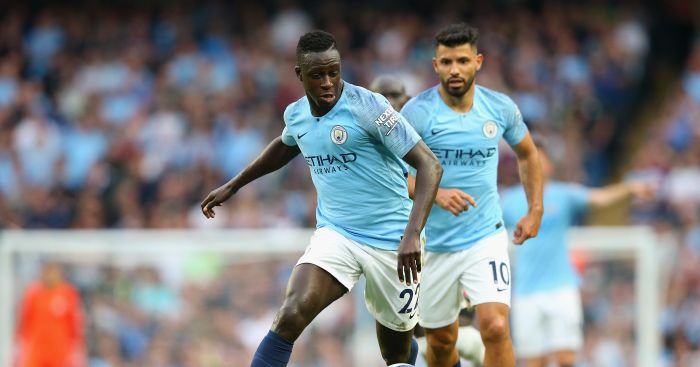 Manchester City boss Pep Guardiola has confirmed that Benjamin Mendy will be missing for “10-12 weeks” with a knee injury.

The City left-back underwent knee surgery last week in Barcelona and was pictured coming back through Manchester Airport on crutches.

Mendy flew back into Manchester on Thursday as he prepares to start his rehabilitation process at the Etihad Campus.

And Guardiola confirmed the severity of the injury on Friday afternoon when he was giving a pre-match press conference ahead of City’s clash with West Ham on Saturday.

“Mendy is 10 to 12 weeks,” Guardiola said. “[Nicolas] Otamendi back in training and everybody else is OK.”

Meanwhile, Guardiola ruled out Bernardo Silva from playing any part in the match at the London Stadium after being sent home early from international duty with Portugal.

“Bernardo cannot play this weekend, it’s not too big (an injury) but this game no, maybe next Tuesday,” Guardiola said.