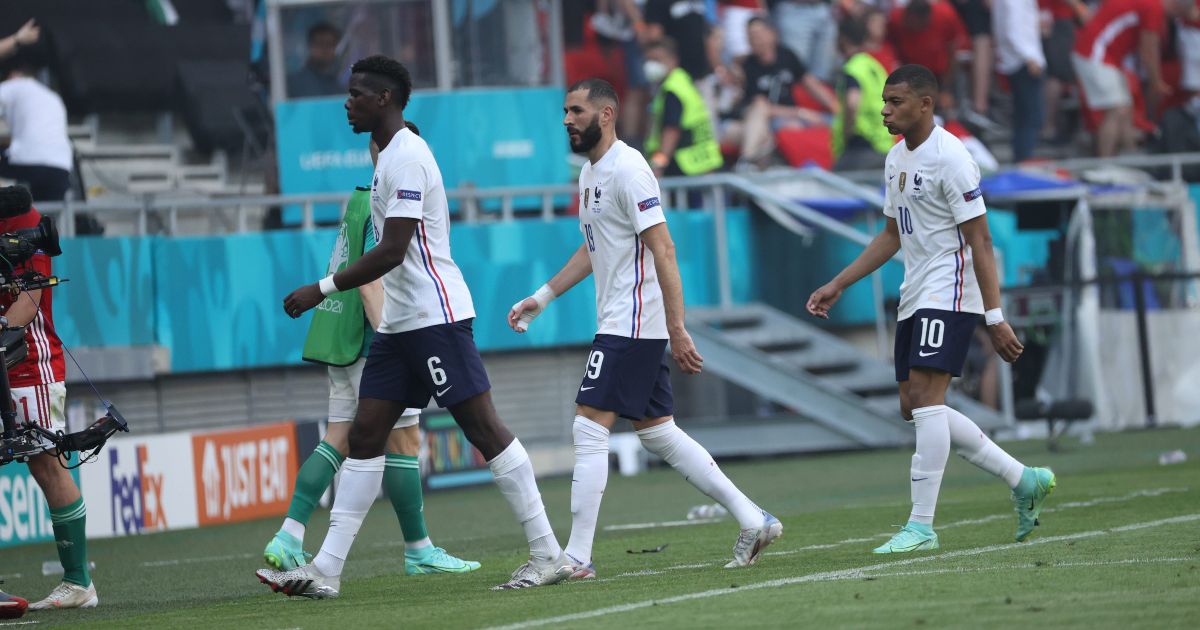 France also have four points from two games and an out-of-sorts striker. Do we all feel better now?

Personally, I feel a bit daft for claiming that this French side was without weakness as recently as Tuesday night, but the rest of England can feel relieved that it’s not just Gareth Southgate’s men who have stuttered and stalled against supposedly inferior opposition. Both were flattened by a great leveller; Scotland were rabidly playing a derby and Hungary were playing in front of a full, bouncing house that gives them a unique, exhilarating advantage in this tournament. England never quite got going and France got going a little too late. Both have walked away with a draw that will ultimately have little consequence beyond prompting a thousand questions.

If you think we are obsessed with Harry Kane and his suitability to lead this England side in his current, leggy form, then tune in to the French version of 6-0-6 to hear a cacophony of noise about Karim Benzema and whether he should be anywhere near a French team that had already emphatically demonstrated they did not need him. They already had superstars in Kylian Mbappe and Antoine Griezmann who are unlikely to relish ceding a share of either the limelight or the space just outside the penalty area to the Real Madrid man. Olivier Giroud was their perfect foil – drawing defenders away and finishing but doing very little else – while Benzema is a distraction in an entirely different way. On current evidence, it is not quite working.

Didier Deschamps did at least react quicker and more positively to France‘s travails than Southgate on Friday night. Ten minutes into the second half, he was hooking Adrien Rabiot and bringing on Ousmane Dembele in a nakedly progressive change. Within two minutes, Dembele’s quick feet had created a chance that he crashed against the post. Six minutes later, the Hungary defence looked unnerved by the prospect of facing the pace of both Mbappe and Dembele, which meant that Hugo Lloris’ long punt found the former, whose cross was only half-blocked into the path of Antoine Griezmann. He scored.

At that juncture, you would have got very short odds on France finding a winner – they had 25 minutes and a wealth of attacking talent on the field – but there was a lot of huffing and a lot of puffing and absolutely no blowing down of houses. Mbappe produced moments of real balletic beauty, including the touch before a shot was beaten away by Peter Gulacsi in the final minutes, but only one effort on target. France need more from him as well as Benzema.

Let this be a sobering reminder that European Championship football is never easy (unless you are playing Turkey); among the expected contenders, only Italy have truly impressed across two games in this tournament so far. Five years ago, the eventual winners Portugal drew their group-stage games against Iceland, Austria and Hungary and qualified with a pitiful three points. Premier Leagues are not won in December and tournaments are not won in mid-June (especially if they are being held in Qatar).