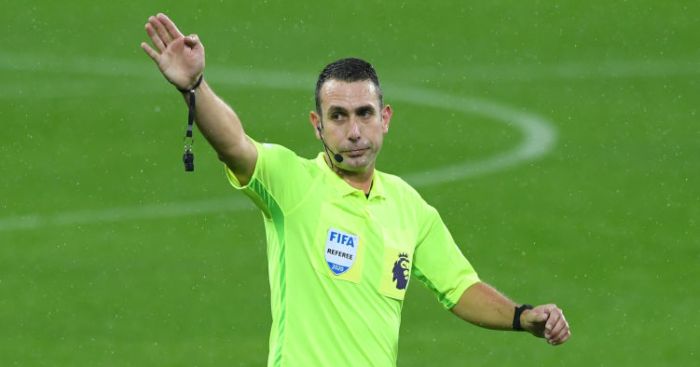 The video assistant referee in the Merseyside derby, David Coote, didn’t realise he could send Everton goalkeeper Jordan Pickford off for his reckless challenge on Virgil van Dijk, according to a report.

Van Dijk, who will now be out for several months with a knee injury, was forced from the field after the pair collided during a Liverpool attack, with Pickford desperately trying to block the defender’s passage to goal.

The incident was reviewed by VAR official Coote, with the Holland international adjudged to have been offside before he was caught by the keeper, although it was later suggested the actual challenge had not been re-examined and referee Michael Oliver was not asked to take a second look.

MAILBOX: Liverpool have got away with plenty. And more mails…

And now the Daily Mail claims that Coote ‘did not check for a red card for Jordan Pickford after forgetting rules state he could review the incident despite the offside in the build-up’.

The newspaper said they have been ‘told Coote thought the offside — which he checked forensically — nullified what happened afterwards’.

Sources at Liverpool – who asked the Premier League to review the application of VAR in two pivotal incidents – say the club ‘were told on Saturday that Coote was “too distracted” by the offside check and therefore did not look at the possible red card for Pickford’.

Liverpool aren’t happy, though, with the Premier League ‘more interested in briefing their version of events than talking with the club’.

It is understood dialogue between top-flight clubs, the Premier League and the PGMOL (Professional Game Match Officials Board) is encouraged and happens regularly.

Feedback from clubs over VAR is also encouraged, through what is viewed to be an open line of communication.