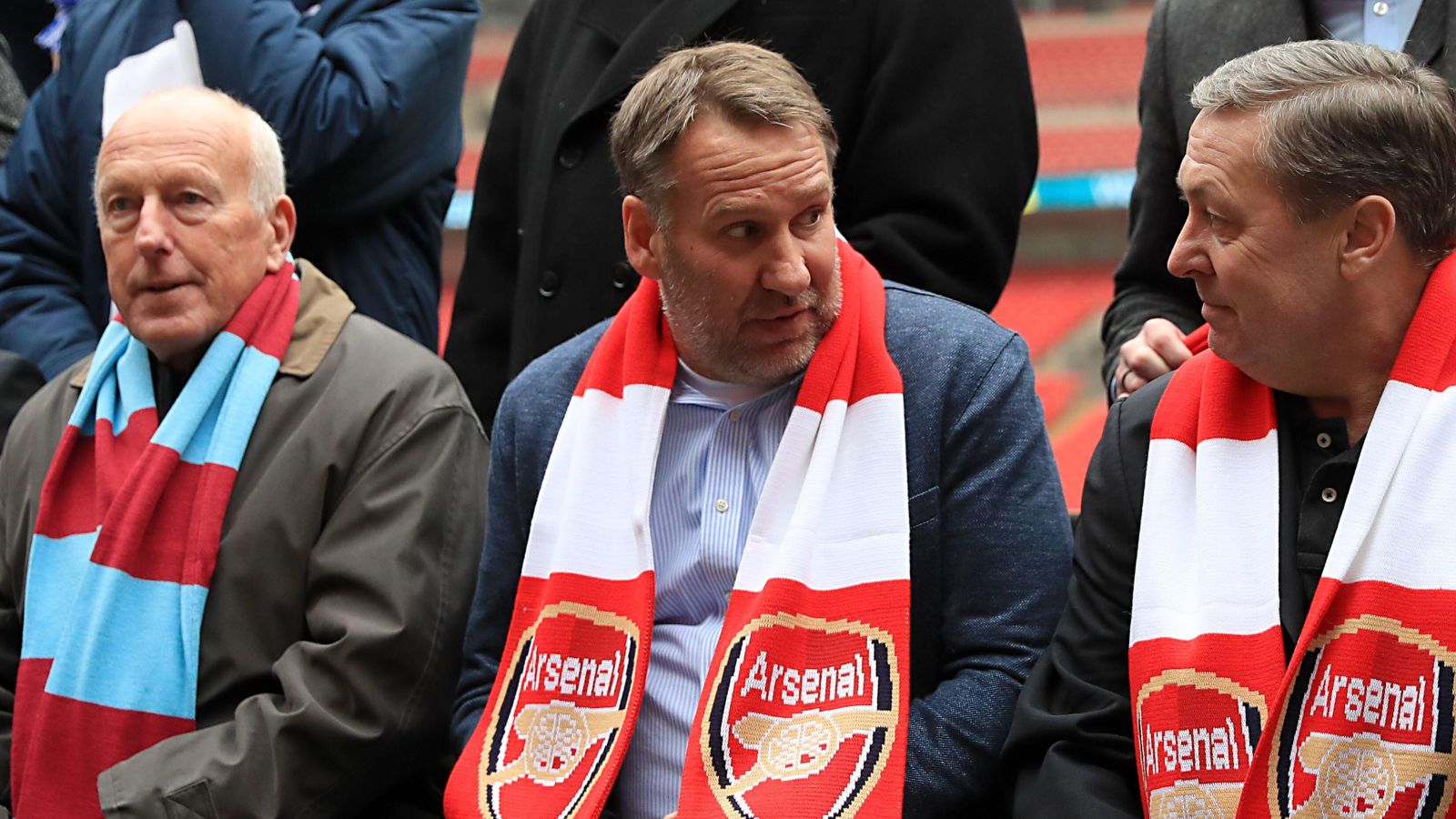 Paul Merson has warned Erik ten Hag that Manchester United are in “disarray” at the moment and they need three or four signings.

Ole Gunnar Solskjaer and Ralf Rangnick had spells in charge of Man Utd last season. They ended up sixth in the Premier League and they failed to win a trophy.

Erik ten Hag has left Ajax to become the club’s new manager ahead of the 2022/23 campaign.

Ten Hag to prioritise Ronaldo on his first day at Manchester United? Will he balls

Their rivals have already made signings, but Man Utd are yet to bring any new players in.

They do appear to be closing in on the purchase of FC Barcelona midfielder Frenkie de Jong though.

Merson thinks Ten Hag has a “massive job” on his hands at Manchester United:

“If Ten Hag managed for the rest of his life, it’ll never be harder than what he’s taking on now,” Merson told Sky Sports.

“This is a massive job. It’s the biggest club in the world and he is taking over when they’re in disarray.

“He needs to bring in as many players as he can because this team is not going to get you in the top four.

“They need to bring certain players in – (Frenkie) De Jong at Barcelona, he’s a good footballer – and then you move on from there. They need at least three or four players just to make a challenge for fourth place.”

Meanwhile, Man Utd are reportedly ready to back Ten Hag in the transfer market by bidding for Juventus defender Matthijs de Ligt.

Corriere dello Sport report that Premier League side ‘Manchester United have not yet taken official steps, but are ready to take them’ to put up a cash-only offer, unlike their rivals Chelsea.

Ten Hag is keen to get his first signings over the line at Man Utd and ‘pushes to attempt an assault on the boy he launched at a very young age at Ajax’.

The new Man Utd boss is ‘serious’ about his interest in De Ligt with the report suggesting a bid between €80-90m ‘could make the difference’.