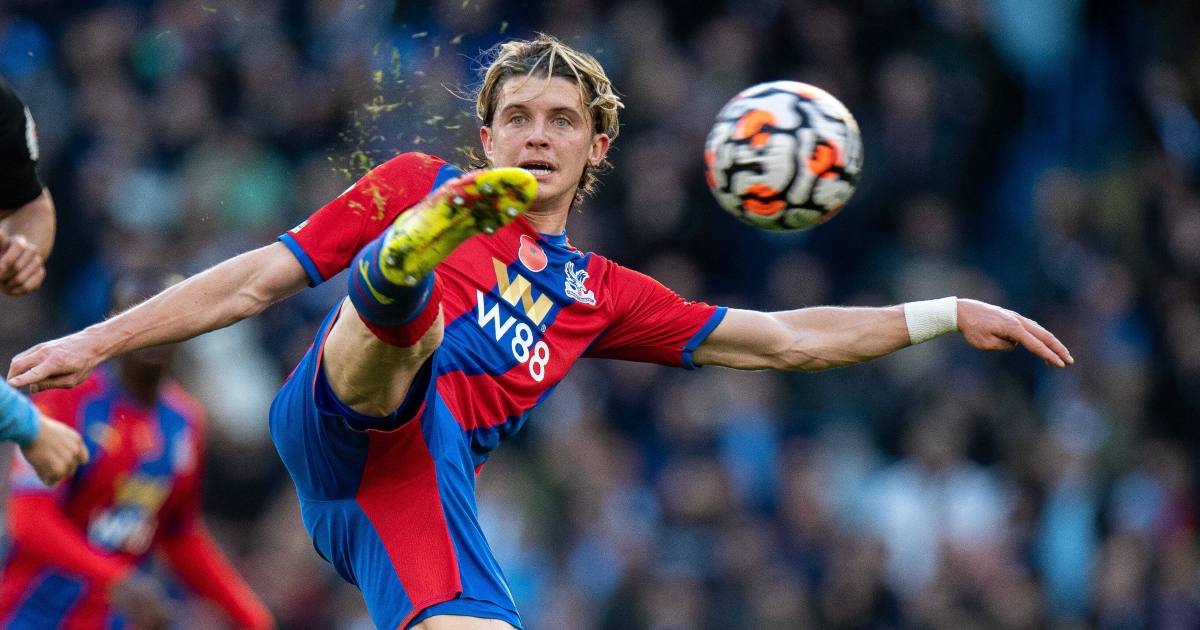 Paul Merson has questioned Gareth Southgate’s decision to leave Conor Gallagher out of the England squad after impressing for Crystal Palace this season on loan from Chelsea.

Gallagher, who spent last season on loan at West Brom, has be in superb form for Patrick Vieira’s side so far this season but was left out of Southgate’s latest England squad.

England took on Albania on Friday night, convincingly winning 5-0 and will face San Marino on Monday. Two fixtures against weak opposition looks, on paper, like it would have given the England manager the chance to have a look at a few new players. Arsenal star Emile Smith Rowe has been called up but Gallagher remains with the under-23s.

How Jimmy Hill chinned Sunderland and sparked a rivalry

Southgate has also lost Declan Rice and James Ward-Prowse to injury from the original squad, leaving England slightly short in central midfield but the Palace star will have to wait for his chance with the senior side.

Arsenal legend Merson has questioned Southgate’s decision on Gallagher. Speaking in his Daily Star column, Merson said: “Conor Gallagher should be in the England squad and it’s shocked me that Gareth Southgate has snubbed him.

“He’s been one of the best players in the country this season for Crystal Palace and I don’t think he could have done any more to earn a call-up.

“Chelsea loanee Gallagher deserves to be in there and if he hasn’t got a call-up up now I don’t know how he ever will.

“He affects games every single time he plays and he’s completely and utterly on top of his game. I think he’s really unlucky.

“Southgate could have picked him and sent a message to every young English player that if you’re playing well you will get a chance.

“But he hasn’t, and that sends the wrong message for me – especially as people like Declan Rice have pulled out.”

Merson was also left questioning Southgate’s decision to leave out Jadon Sancho from the England squad despite the fact that the Manchester United winger was in the previous squad.

“I don’t think you should pick players who aren’t really playing for their clubs, so I’m a bit surprised at his treatment of Jadon Sancho as well.