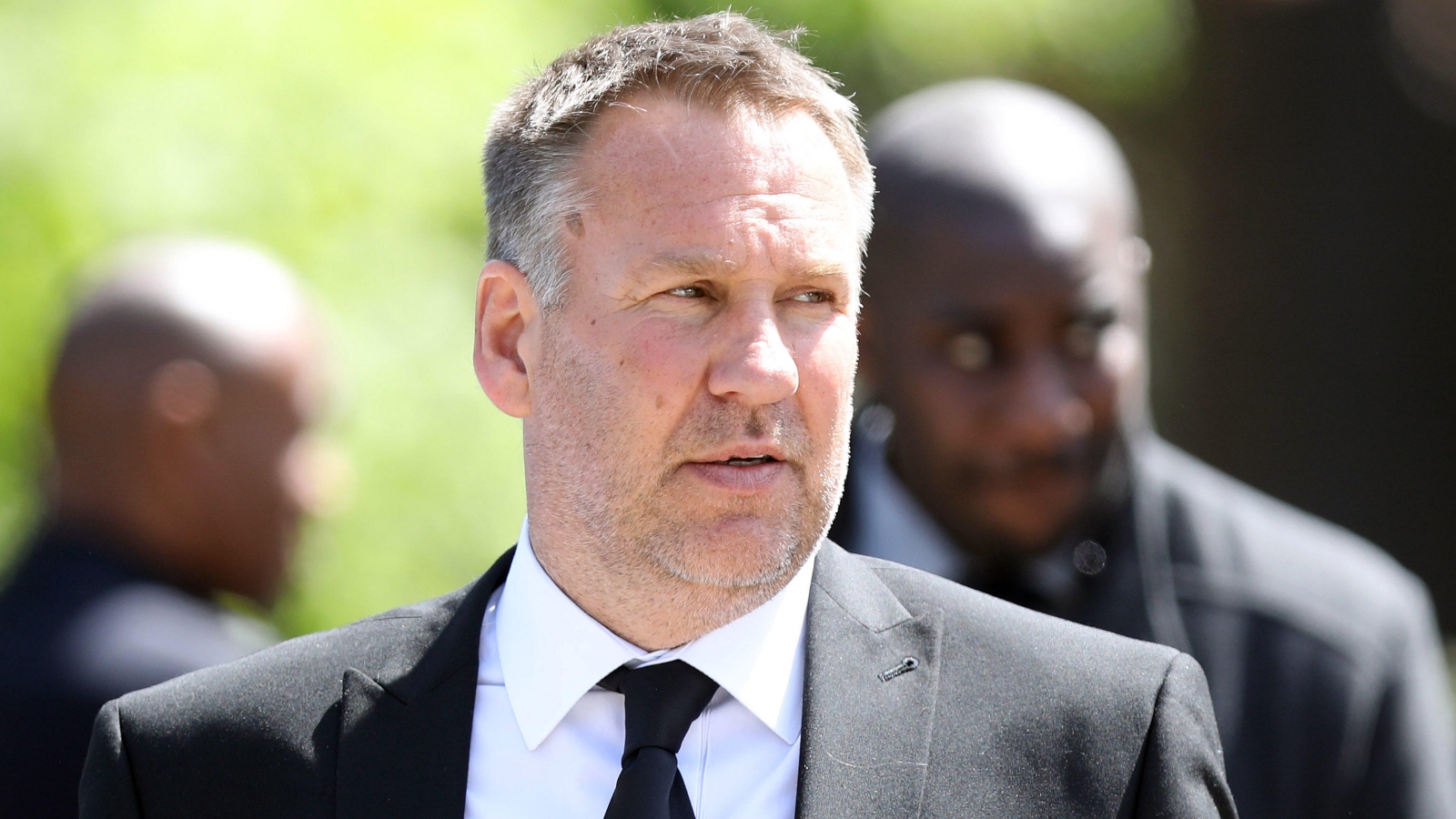 Paul Merson has picked his England starting XI for their World Cup opener against Iran, and it is interesting, to say the least.

It is worth mentioning that this sort of content is definitely an opportunity to get clicks and stoke debate, so Merson and Sky Sports have got me right where they want me here.

England take on Iran, Wales and the USA in Group B at this winter’s tournament in Qatar, the first time it will take place in the Middle East and in the middle of the season.

There is a lot of debate about who should start for the Three Lions at the World Cup.

Gareth Southgate’s side face Italy on Friday evening and you would expect his line-up to be his ideal XI for the tournament.

The England manager received plenty of criticism for his current squad, with the likes of Harry Maguire and Luke Shaw keeping their place despite struggling for game time at club level for Manchester United.

While there were no glaring absentees, United winger Jadon Sancho and Arsenal defender Benjamin White can feel hard done by that they were not included.

On Wednesday, former Premier League striker Chris Sutton said there are only four players who are nailed-on starters for England at the World Cup.

He believes Jordan Pickford, Declan Rice, Raheem Sterling and Harry Kane will start and that no other players are guaranteed to do so.

I agree with him, although I’d say Manchester City centre-half John Stones should definitely be a starter in Qatar.

Merson has included all five in his starting XI for the game against Qatar, which is a good start if you ignore the rest of the team.

A back four is what the former Arsenal midfielder has gone for. 4-3-3 it looks like. Nice. I like that; although I’m not sure Gareth does.

Right-back is arguably the most debatable position in the whole team.

So what has Merson done to counteract this? Started three of the four, of course.

Trent is his right-back, with Walker playing as a central defender in a back four for (probably) the first time, and in a major tournament no less.

That is a real shame for Fikayo Tomori, who has been bloody brilliant since leaving Chelsea for AC Milan last summer.

Trippier gets in at left-back as well, ahead of actual left-backs Shaw and Ben Chilwell.

In my humble opinion, James is the best player out of all four, yet he doesn’t get into Merson’s side.

At least Stones is in there. Every cloud.

The midfield starts off with Rice as the anchor, which is fair enough. No place for Kalvin Phillips, who might not be fit in time to play, but probably will be.

Phil Foden and Mason Mount are the other two midfielders. Mount who is horrifically out of form for Chelsea, and Foden, who rarely plays a central midfielder.

No place for Jude Bellingham, according to Merse. Shame really, because he walks into my XI.

The front three has Kane leading the line, with Sterling and Marcus Rashford on either side of their skipper.

Sterling on the right is a debate in itself, with Foden or Bukayo Saka more likely to play there. The Chelsea man should be on the left as he has only played there for the vast majority of his career.

Rashford has started the season well, but he isn’t even in the most recent squad. He does have an injury, yes; but it is not a guarantee that he would have been included having not played for his country since missing a penalty in the Euro 2020 final shoot-out defeat to Italy last year.

Taking off my Merson-bashing glasses, I must admit Rashford should be in this squad if he was fit, and over Jarrod Bowen, who has been very poor this season.

Saka and Foden are definitely ahead of Rashford in the pecking order, however, and one or the other should start on the right. Either or, really. It doesn’t matter. They’re both brilliant.

For what it’s worth, this is my England XI. I doubt this would get as many clicks as Merson’s team though.