Home All The News Merson: If Man Utd park the bus at Liverpool they’re a joke 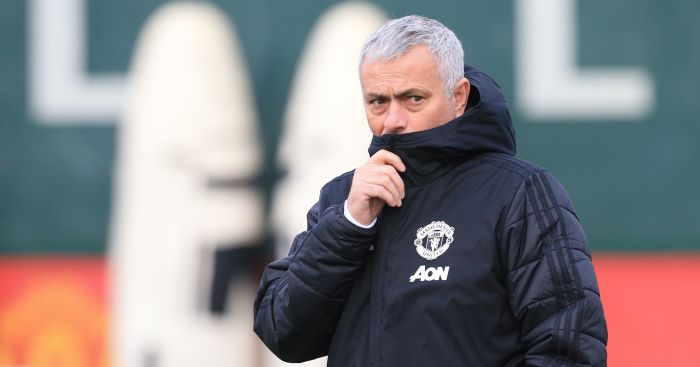 Paul Merson believes it would be embarrassing for Manchester United not to attack bitter rivals Liverpool at Anfield on Sunday.

United currently sit 16 points behind Jurgen Klopp’s Premier League leaders, and are some way off the top four as the pressure mounts on Jose Mourinho at Old Trafford.

However, Merson believes that with Liverpool under pressure to keep top spot from Manchester City, United can go with an attacking attitude and “have a go” at the hosts – unlike the last two goalless meetings between the two sides at Anfield.

The former Arsenal star told Sky Sports: “I think tactically, Mourinho is up there with the best of the best. But really they’ve got to win here, because the gap is getting ridiculous.

“Mourinho might have to have a go at Liverpool, particularly as Arsenal, Spurs and Chelsea have favourable games this weekend. It could be double digits to the top four, which is too many points.

“Liverpool have everything to lose, the pressure’s on now. But if they win this, it’s another game ticked off, a big game done.

“I’ve seen these games too many times, and they disappoint at the highest level sometimes, unless you’re a major connoisseur of football and like a 0-0 better than a 4-4.

“I’d like to think they’re going to have a go and put Liverpool under pressure, because they are under pressure – they’re top of the league. It’s embarrassing if they don’t go and have a go. It’s Manchester United. Going there and shutting up shop is a joke.

“They have to score, because I can’t see this United defence being good enough to keep a clean sheet. They had a walk in the park against Fulham and still allowed them to score. The best form of defence is attack.”