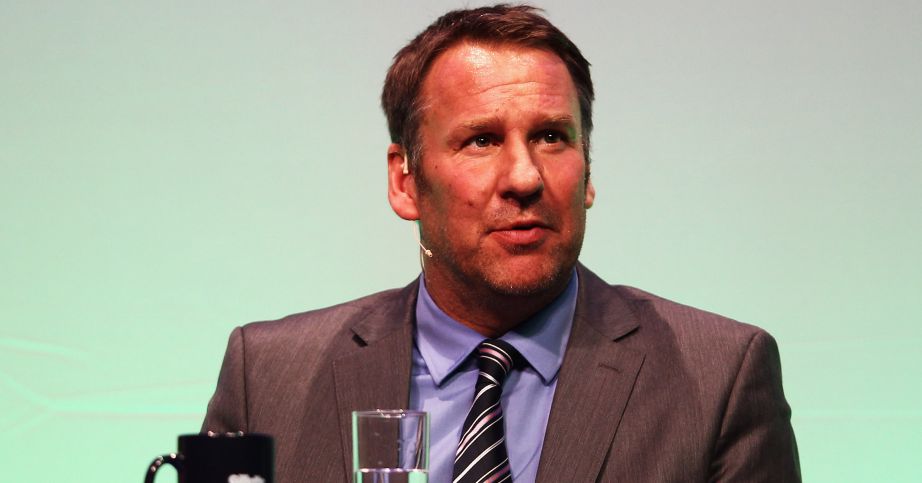 “Sometimes we know there are players whose development is not finished, just like Victor [Moses], who we want to keep with our squad but who maybe needs to play more football to get to the level we think he can get to, because he is very, very talented.”

Victor Moses turns 25 in December, and has played 46 matches on loan from Chelsea. Let’s just say we’re bookmarking that one for posterity.

“These players go to top clubs and when they get there they prove we don’t recruit bad players, just like Salah did last season.”

Mediawatch suggests that the next step after ‘not recruiting bad players’ is to recruit players that actually play well for your club.

In summary: ‘We don’t sign sh*t players; we just make them sh*t.’

Magic Man
The return of the Premier League means the return of Paul Merson’s predictions for Sky Sports. They refer to him as ‘the Magic Man’, which Mediawatch does not see as an attempt at irony. We’ll bring you the best bits:

On Everton vs Chelsea:

‘The early kick-off after the international break means Jose Mourinho doesn’t have long to work with his players and I feel they have been dealt a dodgy hand here in a game they have to win.

‘Romelu Lukaku, Phil Jagielka and John Stones did not feature heavily for their countries during the break, whereas Chelsea have players who played a lot more. That could work in Everton’s favour.’

On Crystal Palace vs Manchester City:

‘I can’t see anything but a Man City win. They paid a lot of money for Kevin De Bruyne and I would start him on Saturday. If they don’t play him here, he could go six or seven games without getting a game.’

Or, he could be picked for the next game. Or the game after that. Or the…

On Watford vs Swansea:

‘He [Troy Deeney] played on the right wing at City and didn’t get over the halfway line in the first half. Unbelievable!’

‘Unbelievable’ indeed. Deeney touched the ball 17 times in the opposition half against City. Seven of those were in the first half.

On West Brom vs Southampton:

‘This is a tough game I don’t see West Brom winning. If I’m being honest, I’m leaning towards Southampton after their good result last time out.’

The Metro today run a big story on the news that Arsenal have a goalkeeper who is taller than Petr Cech. It’s their No. 1 trending story.

a) Arsenal signed Matt Macey from Bristol Rovers in 2013, so this isn’t exactly breaking news.

b) Macey is 1.98m tall. Cech is 1.96m tall. So firstly, this isn’t really a massive story, and secondly, a decent heel would even out the ‘dwarfing’.

‘In my opinion, United made not only a brave choice but the right one.

‘During United’s pre-season tour, Moyes has looked and acted like a man made for this role.

‘It may have seemed odd seeing him in that Manchester United blazer at first, but it fits.’

– and we know this because of every other word he has ever written about he beloved, including…

So Mediawatch is not in the slightest bit surprised to find Custis at the forefront of the ‘OLD TRAFFORD TURMOIL’ storm that is gathering pace in the media because of rising tensions at Manchester United.

‘David Moyes was in charge for 51 games and recorded 27 wins. If LVG fails to beat Liverpool tomorrow he will have exactly the same record,’ writes Custis. ‘We all know what happened to Moyes, who did not get anything like the funds Van Gaal has been handed.’

So far, so factual.

But then Custis goes on to berate Van Gaal for the calibre of the clubs his United side have beaten: ‘Their impressive Champions League qualifying results came against a Brugge side who would struggle to get out of the Championship.’

a) Club Brugge beat Besiktas last season; we suspect that makes them rather better than Ipswich Town.

b) David Moyes’ Manchester United only recorded Premier League wins over Swansea, Cardiff, Crystal Palace, West Brom, West Ham, Aston Villa and Newcastle in 2014; Mediawatch would fancy FC Brugge against any of those teams, the best of which finished tenth that season.

What Do You Suggest?
‘We all know what happened to Moyes, who did not get anything like the funds Van Gaal has been handed,’ writes Custis. ‘There is no suggestion that the Dutchman is going the same way as his predecessor.’

‘No suggestion’ except this sentence just three paragraphs further up the page: ‘Soon the patience among the United heirarchy could start to waver.’

Bantz
When Mediawatch read in Neil Custis’ piece that ‘when Van Gaal is in the same room as them the whole atmosphere is serious’, we immediately thought ‘they’re talking about sodding banter, aren’t they? They’re p***ed off because they can’t be all hilarious about the size of their cocks’.

As suspected: ‘A United source said: “It’s all so tense and serious. There is no banter anymore. A number of the players are growing tired of it all.”‘

Apparently, ‘they all have to sit through exhaustive meetings’, too.

We think the word the phrase they are looking for is ‘it’s like having a job’.

Ask A Simple Question
‘What was Manchester United legend Ferdinand doing with former rival Toure?’ asks the question on the MailOnline homepage.

He was interviewing him. It said so in the Instagram post that you based your story around.

For the record, Mignolet actually said: “I cannot say what is happening in his head – United must decide that.”

Best Headline Of The Day
‘HELLO SON, GOT A NEW MOTOR?’ – The Daily Mirror.

Worst Headline Of The Day
‘Mig: It will be Match of the De’ – The Sun. We can’t work out why part of that headline upsets us most.

Non-Football Story Of The Day
‘A farmer who urinated in a field was rushed to hospital after a snake bit him on the penis.

‘The 46-year-old came to the emergency room of a hospital in Sringar, in the northern state of Jammu and Kasmir, three hours after suffering the bite.

‘Although the man was stable, his penis was ‘grossly swollen’, and covered in fluid-filled blisters where the snake’s teeth had entered, said doctors describing his case in the New England Journal of Medicine’ – Daily Mail. Ouch.