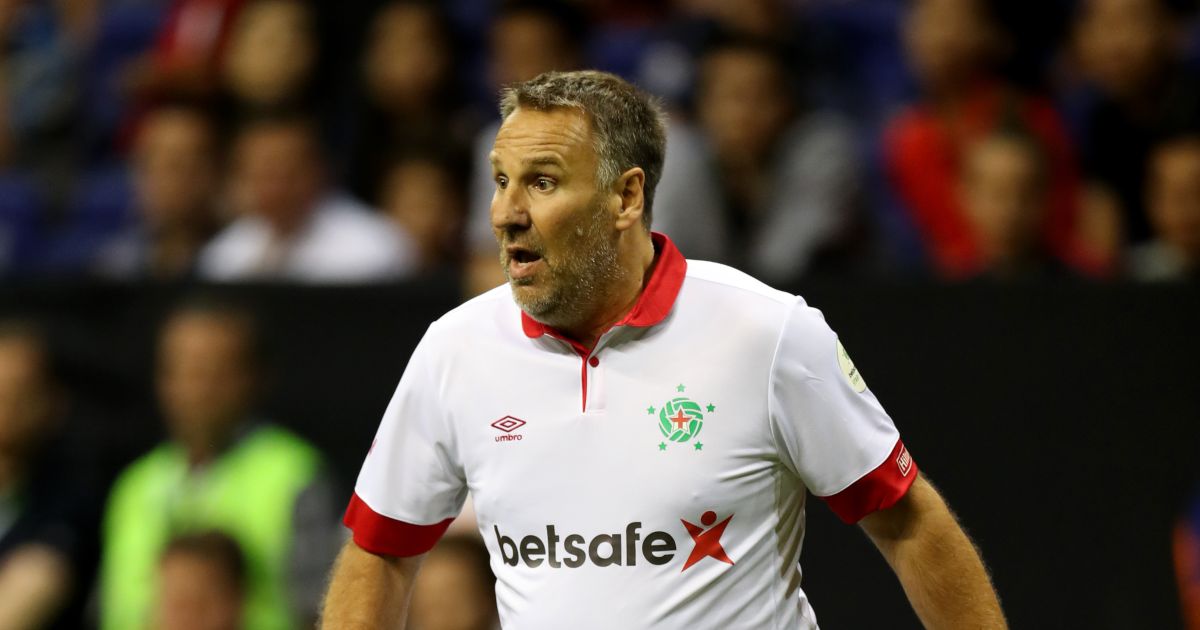 Paul Merson says he would “be worried” if new Manchester United signing Cristiano Ronaldo fails to score against Newcastle United this weekend.

Ronaldo is set to make his second debut for the Red Devils versus the Magpies on Saturday after re-joining Ole Gunnar Solskjaer’s side this summer.

The Portugal international scored 118 goals in 292 appearances for United in first spell and his goal record has only improved since playing for Real Madrid and Juventus.

And Merson reckons Ronaldo will score on his return to Old Trafford and Man Utd will beat Steve Bruce’s side comfortably.

“I’d expect Cristiano Ronaldo to score in his return to the Premier League,” Merson wrote on Sportskeeda. “I have all these keyboard warriors having a go at me at the moment – I never said he isn’t going to score goals.

“The Newcastle game is a great way to get Ronaldo started at the club. Newcastle are going to sit back and absorb pressure and Manchester United will be able to put balls into the box for Cristiano Ronaldo.

“It’s going to be one-way traffic for most of the game, and I’d expect Ronaldo to score against Newcastle.

“Ronaldo isn’t the player he once was, but if I was a Manchester United fan, I’d actually be worried if he doesn’t score against Newcastle on Saturday.

“It will be quite interesting to watch Manchester United adapt to having Ronaldo in their ranks. United should be able to blow Newcastle away this weekend.

“I hope Ronaldo scores a hat-trick on Saturday – it won’t be easy, but I wouldn’t put it past him. Manchester United 3-0 Newcastle United.”

Meanwhile, Merson has predicted a mammoth victory for former club Arsenal against Norwich City this weekend.

Merson added: “If you asked Arsenal’s fans, players, and Mikel Arteta who they’d want to play at home immediately after the international break, I’m sure they’d all pick Norwich.

“This is where Arsenal’s season starts, and they cannot afford to drop points this weekend.

“Norwich City have looked out of their depth in the Premier League, and Arsenal’s fans will want something more from their team this weekend.

“This is a big game for Arsenal – I think they’re capable of rolling over the lesser teams and should be able to win this match by a considerable margin. Arsenal 4-0 Norwich City.”