Home All The News Merson likens ‘unselfish’ Lingard to Heskey 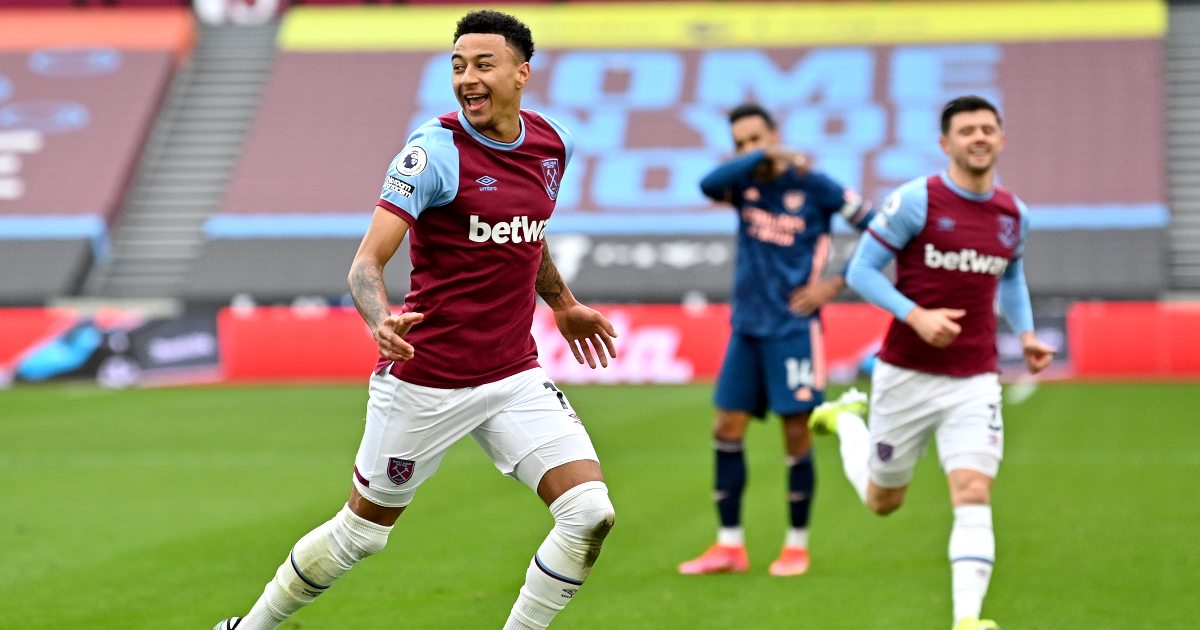 After several loan spells in the football league, Lingard became a first-team player for Man United during the 2015/16 season.

The midfielder went onto play over 200 times for the Red Devils across five-plus seasons. His form for his boyhood club earned him a regular spot for England.

Lingard has been capped 24 times for his country and he was a key player at the 2018 World Cup. But he fell down the pecking order at Old Trafford at the start of this campaign.

He failed to make a single Premier League appearance for United up until January. This led to his loan move to West Ham during the winter window.

The Englishman has hit the ground running for the Hammers. He has five goals and two assists from his seven outings. His fifth goal for the club came against Arsenal on Sunday.

Merson told Sky Sports, as cited by The Metro, that due to his selfless teamwork, Lingard is like Heskey:

“He runs off the ball, he’s willing to make runs and take players away. I’m a big fan of him.

“He’s got to carry that on now. He’s a team player, he plays for the team, he’s not selfish. Sometimes playing for the team wrecks your assists and your goals.

“Sometimes when it’s not going well everybody jumps on, ‘he’s not scored for that long or he hasn’t set up…’

“It might not be that pass that sets up the goal, but he will be involved and that’s why I think he’s a good player.”

“It has really worked out for Jesse, for David [Moyes] and for us as a club as well. We know Jesse’s position is a 10 and we’ve got Bruno (Fernandes) there.

“For me, it was a no-brainer to get Jesse a chance to prove himself and play some football again. He has been really bright for them. He’s finally back to himself.”