Home All The News Merson: Lucky Man Utd will get found out in race for top four 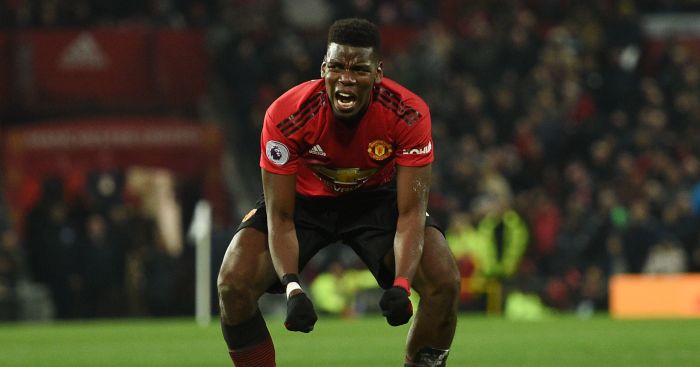 Paul Merson thinks that Manchester United “will get found out” as they look to secure a top-four place in the Premier League.

The Red Devils have won all seven matches under caretaker boss Ole Gunnar Solskjaer with six of those coming in the Premier League.

United are now level on points with Arsenal, while they trail Chelsea by just three points after a terrible start to the season under Mourinho.

Merson was giving his thoughts on the battle for the top four to Sky Sports with Arsenal the other side he feels will struggle to qualify for next season’s Champions League.

“Arsenal will get beaten by a team in the bottom half next week probably, they were getting beaten by West Ham last week and they were very poor,” Merson told Sky Sports.

“They won’t have the consistency, I think Manchester United will get found out – they can’t keep on being that lucky, and I say lucky but they’re poor at the back.

“Tottenham’s games they’ve got without Kane are winnable, so I don’t see a problem with them, the top two will look after themselves and I think Chelsea will get it.

“Man for man they’re a lot better than Arsenal I think. Defensively, they’ll be more reliable before the end of the season.

“Manchester United have got a couple of nice games coming up, they’ve had some nice games, but I’m a great believer that what follows easy games is difficult games. What about when PSG get hold of them?

“It would’ve done Arsenal a favour to get beat the other day, I think, and then they could have put all their eggs into the Europa League. Now they’ve got to go for the league too but I just don’t think they’re good enough.

“They’re hot and cold, you’ve got to be consistent. One minute they’re getting well-beaten by West Ham, but then they’re well-beating Chelsea. The manager’s got to be scratching his head.

“This is Arsenal, they need to be playing Champions League football, not Thursday night. I think Chelsea will edge it, but only just. It’s more the three-point headstart if I’m being honest.”