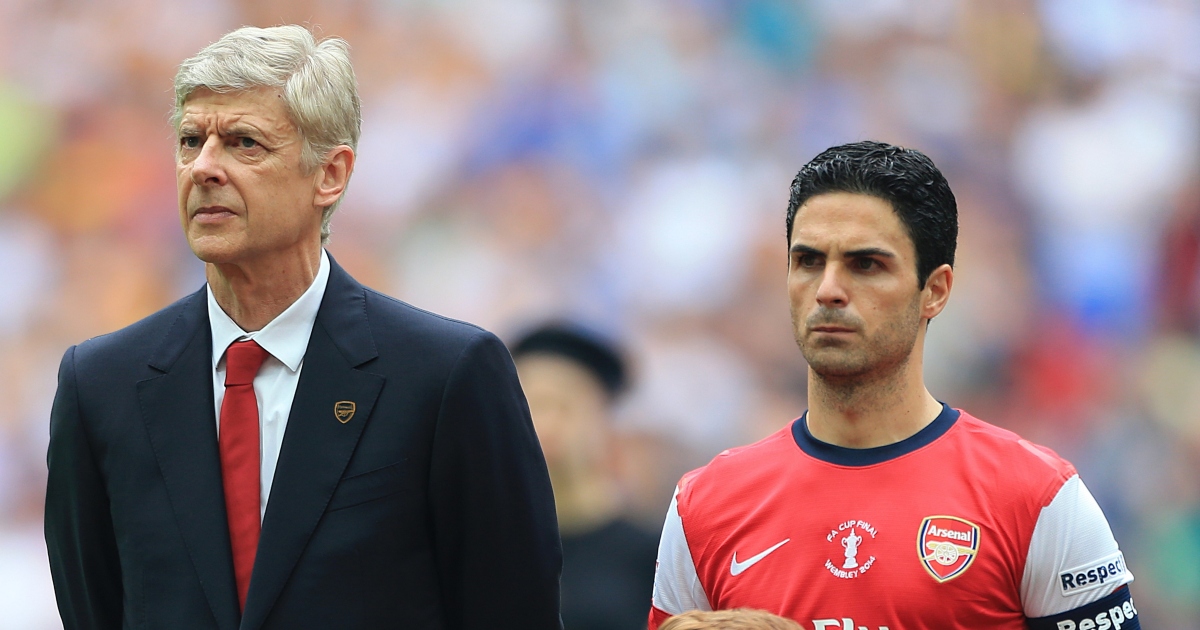 Paul Merson claims Mikel Arteta has got Arsenal playing like “Arsene Wenger’s teams in their pomp”.

The Gunners currently occupy fourth spot and are one point above Manchester United in fifth, having played three games fewer than the Red Devils.

Arteta’s side haven’t lost a Premier League game since their 2-1 defeat to Manchester City on New Year’s Day, winning their last four.

They played some particularly attractive football in their most recent win over Watford, a game which reminded Merson of the Wenger years.

Merson wrote in his Daily Star column: ‘Watching Arsenal right now is like watching one of Arsene Wenger’s teams in their pomp.

‘When they won at Watford last weekend, some of the football was like watching Thierry Henry and Dennis Berkgamp and Robert Pires in their prime.

‘Honestly, all three goals in that game were mindblowing. They were absolutely outstanding.

‘The football was absolutely brilliant. They passed, they moved, they were clinical, and they’re playing with a smile on their faces. They’re enjoying it.

‘They all know what they’re doing. Every one of them knows what their job is.’

Merson believes it would be an “amazing feat” if Arsenal were to qualify for the Champions League this season, but warned them ahead of a “different test” in the coming days.

He added: ‘I think Arsenal have just got to focus on getting the top four, and if they do I think it’s an absolutely amazing feat.

‘They’ve got a big week coming up. For the first time in a while they are going to be tested with three quick games one after another.

‘For a long time they cruised along playing one game a week, and this is a different test.

They play Sunday against Leicester, Wednesday against Liverpool and then they’re the early kick-off on Saturday at Aston Villa.

‘And they did let two goals in at Watford. Keeping clean sheets when you’re playing such entertaining football is the hardest thing in the world.

But I think they’ve been very, very good lately and Mikel Arteta is doing a good job.

‘If they can get a couple of players in the summer I think it will be happy times there.’