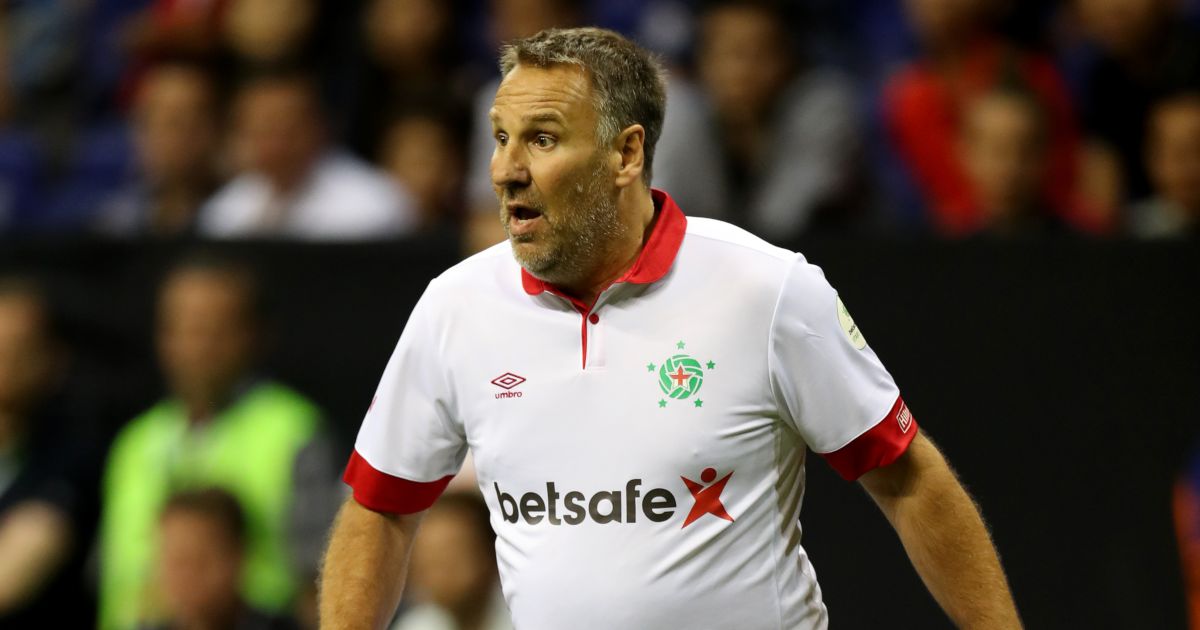 Paul Merson is predicting lots of goals as Liverpool host Manchester City this weekend, while he reckons Tottenham will lose again.

The top two in the Premier League go head-to-head this weekend at Anfield with the Reds hoping to go four points clear of their rivals if they win.

City gave their early-season form a massive boost with a 1-0 victory over Chelsea at Stamford Bridge last Saturday, while Liverpool were held to a 3-3 draw against newly-promoted Brentford.

Jurgen Klopp’s side are just one point ahead of City heading into the fixture on Merseyside and Merson is predicting a close but entertaining contest.

Merson told Sportskeeda: “What a game, eh? The standout fixture of the Premier League weekend. I just think Manchester City are struggling without a centre forward and that could come back to haunt them.

“They scored a deflected goal against Chelsea, but they lost to PSG and didn’t really threaten Gianluigi Donnarumma between the sticks despite dominating possession.

“Donnarumma didn’t make a save I wouldn’t have expected him to make – it was evident that if Manchester City had a lethal centre forward on the pitch, it could have been a different story.

“Goalscoring isn’t a problem for them if they are playing Norwich City and the likes, but in crunch games, they need to put their chances away.

“Liverpool, on the other hand, are scoring goals aplenty, so this is a really interesting game. I think both sides will score goals, so I’m predicting a 2-2 draw.

“The talent going forward outweighs the talent at the back, while it can also be said that if both teams get their best XIs out, there’s not a lot between them.”

They did beat Mura 5-1 in the Europa Conference League on Thursday night and they will be hoping to carry that form into the league.

However, Merson reckons Aston Villa will beat them on Sunday to pile more pressure on Nuno Espirito Santo.

Merson added: “Aston Villa were really good against Manchester United. They deserved to get a positive result and they did as Bruno Fernandes missed a stoppage-time penalty to restore parity at Old Trafford.

“Ultimately, the game will boil down to the version of Tottenham Hotspur that turns up.

“Will it be the side that got absolutely rolled over by Chelsea and Arsenal, or will it be the team that gave Chelsea a game in the first 45 minutes and also beat Manchester City on the opening day of the Premier League season?

“If Spurs hit the front in the opening exchanges, they are a hard team to play against. I like Villa and after careful consideration, I fancy them to win this one 2-1. The way Spurs are playing now and their attitude scares me.

“If they don’t change, I can’t see them getting anything from this game. A loss would put serious pressure on Nuno Espirito Santo, especially with the international break coming up after the Premier League weekend.

“This is a massive game for Spurs and the Portuguese manager, it has to be said.”